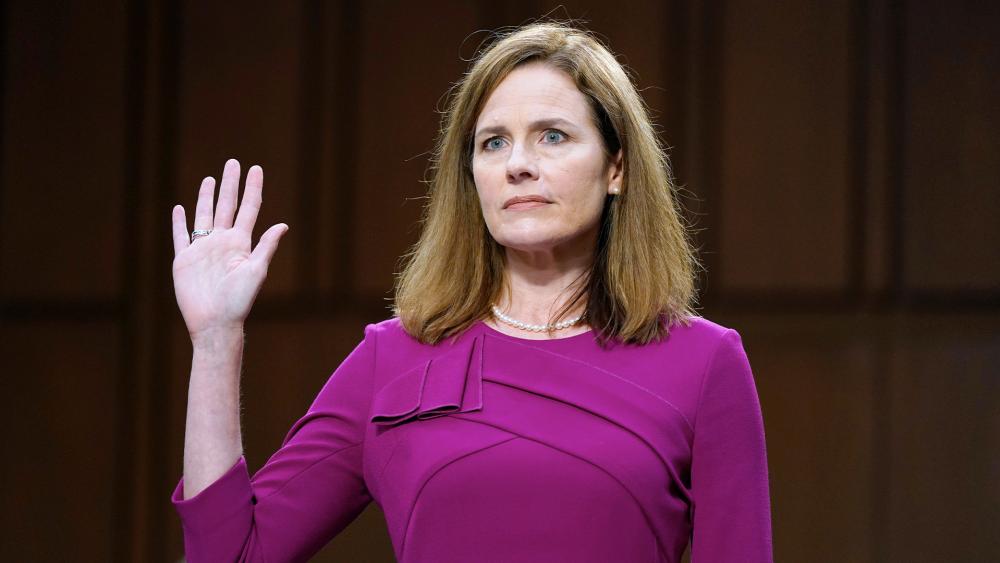 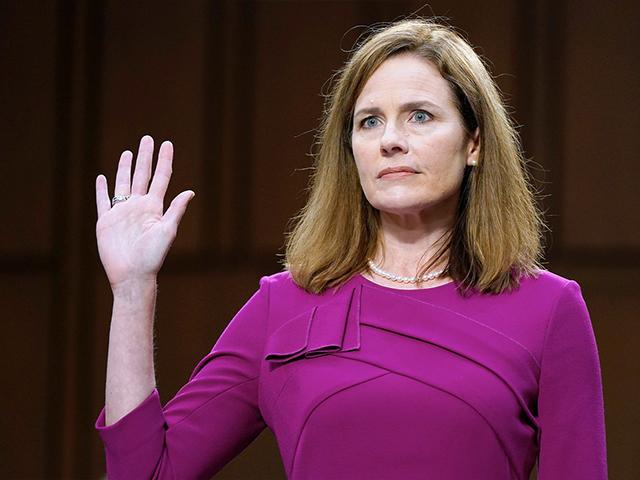 The first day’s hearing for Supreme Court nominee Amy Coney Barrett turned fiery at times as Democrats often echoed a single strategy: that Barrett would steal away Americans’ healthcare in an upcoming case.  Meanwhile, Republicans on the Judiciary Committee made clear that attacks on the nominee's fervent faith should be off-limits.

It’s still expected Barrett will be confirmed, and if so, she would be the first female justice with young kids at home.

Speaking of her two youngest, she said during her opening statement, “Ten-year-old Juliet is already pursuing her goal of becoming an author by writing multiple essays and short stories, including one she recently submitted for publication. And our youngest—Benjamin, who has Down Syndrome—is the unanimous favorite of the family.”

If anyone understands the need for solid healthcare, it’s a mom of seven children. And yet, Democrats knowing they can’t really go after Barrett the way they attacked Brett Kavanaugh two years ago, concentrated on an issue they know all Americans care about: healthcare. They tried to convince Americans watching that a Justice Barrett is a sure threat to the Affordable Care Act.

As Sen. Chris Coons (D-DE) put it, “It is beyond ironic that this administration which has failed to respond to this pandemic is rushing through a judge they believe will vote to strip away healthcare protections.”

Sen. Dianne Feinstein (D-CA) added, “The bottom line is this: there have been 70 attempts to repeal the ACA. But clearly, the effort to dismantle the law continues and they are asking the Supreme Court to strike down the Affordable Care Act.”

Republican senators had to point out over and over that Obamacare isn’t the only way to have healthcare, but also that the Democrats can’t really know how Barrett will rule because she’s not the kind of judge who decides based on what she likes or doesn’t like.

‘We Have a Government of Laws, and Not of Men’

She brought that up herself when talking about her mentor, Justice Antonin Scalia. Barrett said of the late conservative justice, “His judicial philosophy was straightforward: A judge must apply the law as written, not as she wishes it were. Sometimes that approach meant reaching results that he did not like. But as he put it in one of his best-known opinions, that is what it means to say we have a government of laws, and not of men.”

All this trouble from Democrats because Barrett once criticized how Chief Justice John Roberts ruled in an earlier Obamacare case.

“They have no right to say that they know how Amy Coney Barrett would rule on any future case that she might consider on the Supreme Court of the United States involving the Affordable Care Act based on her criticism of an obviously wrong, horrible decision made by John Roberts in 2012,” said Sen. Mike Lee (R-Utah).

‘You Don’t Need the Government’s Permission’

Republicans worked to build a wall against any renewed attacks on Barrett’s Catholic faith, remembering those launched against her during her confirmation hearings to the 7th Circuit Court of Appeals in 2017.

Sen. Josh Hawley (R-MO) added, “65 million Americans are Catholics. And many many millions more are Christians of other persuasions. Are they to be told that they cannot serve in public office? That they are not welcome in the public sphere unless the members of this committee sign off on their religious beliefs? I for one do not wish to live in such an America. And the Constitution of the United States flatly prohibits it.”

“I hope that she will get up and just say exactly what John F. Kennedy said when he ran for president in 1960: that he’s an American public servant first, he’s a Catholic second. That he takes an oath to uphold the Constitution, not to import his or her religious beliefs into their public duties,” Yoo said. “And I think Judge Barrett’s been very clear: that’s what she’d do.”

Barrett Was Up Praying Before the Hearing Began

“My wife and I sent Amy an encouraging text message late last night,” recounted Rep. Mike Johnson (R-LA). “We sent her a passage of scripture as an encouragement and a word that it was comforting to us and it should be to her to know that millions of people were praying for her, lifting her up for today.”

He continued, “We received a reply text at 5:05 a.m. Eastern Time. Amy was up herself praying for today. That’s the kind of person she is. She’s grounded. She’s the genuine article.”

Barrett herself said in her opening statement, “I believe in the power of prayer, and it has been uplifting to hear that so many people are praying for me.”

Meanwhile, all ears waited to hear from Sen. Kamala Harris (D-CA) who blasted Brett Kavanaugh so viciously during his confirmation hearings. While she did go after Barrett a bit, she saved some ammo for Judiciary Chairman Lindsey Graham for allowing this hearing during a pandemic. Though as defenders were quick to point out, many hearings have taken place on Capitol Hill during these pandemic days.

The Democrats’ vice presidential nominee asserted, “This hearing should have been postponed. The decision to hold this hearing now is reckless and places facilities workers, janitorial staff, and congressional aides and Capitol police at risk.”

Chairman Graham pointed out the hearing was compliant with CDC protocols and was cleared by the Senate’s attending physician.