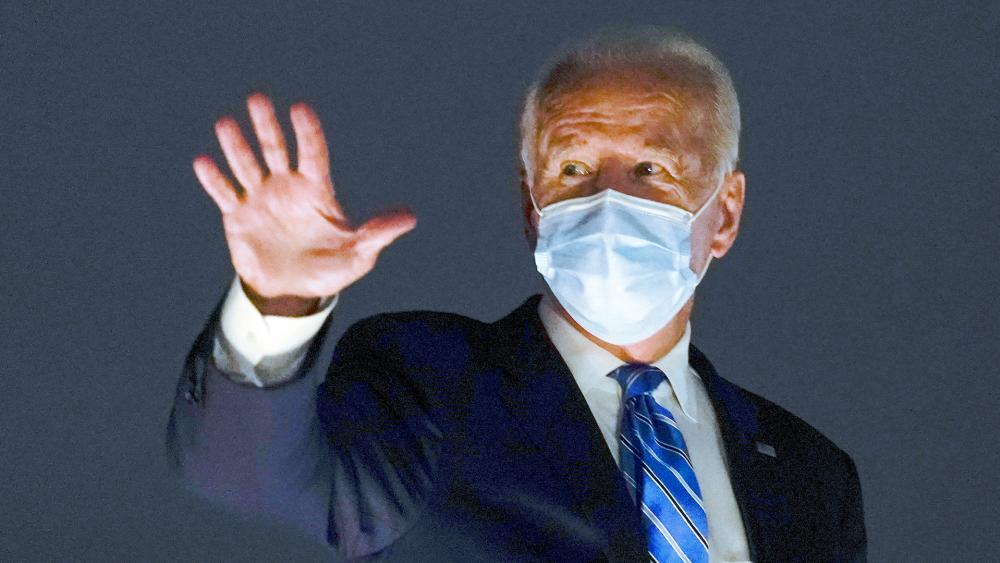 There's been a bombshell revelation about an unknown meeting in 2015 between then-Vice President Joe Biden and an executive with his son's company in Ukraine.

An email obtained by the New York Post reveals Hunter Biden arranged a meeting between his father and an executive with the Ukrainian energy company Burisma, which was under investigation during the Obama years.

That email was sent just months before then-Vice President Biden pressured Ukraine's government to fire a prosecutor who was investigating Burisma which was paying Hunter Biden $50,000 a month to sit on its board.

The April 2015 email from Burisma executive Vadym Pozharskyi reads: "Dear Hunter, thank you for inviting me to DC and giving me an opportunity to meet your father and spent (sic) some time together."

The email was discovered on a laptop hard drive that had been taken to a repair shop in Delaware, Biden's home state. It's unclear who brought in the laptop, but the NY Post reports it's now in the hands of the FBI.

President Trump has said, "Biden and his son are stone-cold crooked," insisting Hunter Bident profited on businesses interests in Ukraine improperly while his father was America's vice president and the Obama administration's point-person on Ukraine.

A question was asked directly to Hunter during this exclusive ABC interview one year ago. "I wanna get to the heart of it, did you and your father ever discuss Ukraine? No, the only discussion was after a news account. There's no but to this, no, not in any way. Dad said I hope you know what you're doing and I said I do and that was the end of our discussion."

The Biden campaign is firing back saying Vice President Biden carried out official US policy toward Ukraine and engaged in no wrongdoing. Staffers also claim that after reviewing the vice president's schedule from back then, no such meeting between him and the Ukraine executive happened.

While the newly discovered email appears to expose a secret meeting that contradicts Biden's previous statements, Biden hasn't been so secretive about what he did while representing the US government in Ukraine.

There's a video of Biden admitting what he did to force Ukraine to fire the prosecutor who was investigating Burisma. In this video clip of an event at the Council on Foreign Relations, Biden bragged about pressuring Ukraine to fire its prosecutor by threatening to withhold $1 billion in US aid.