Trump Not Giving up on Stimulus, Calls for Stopgap Measures Like $1,200 Checks for Americans 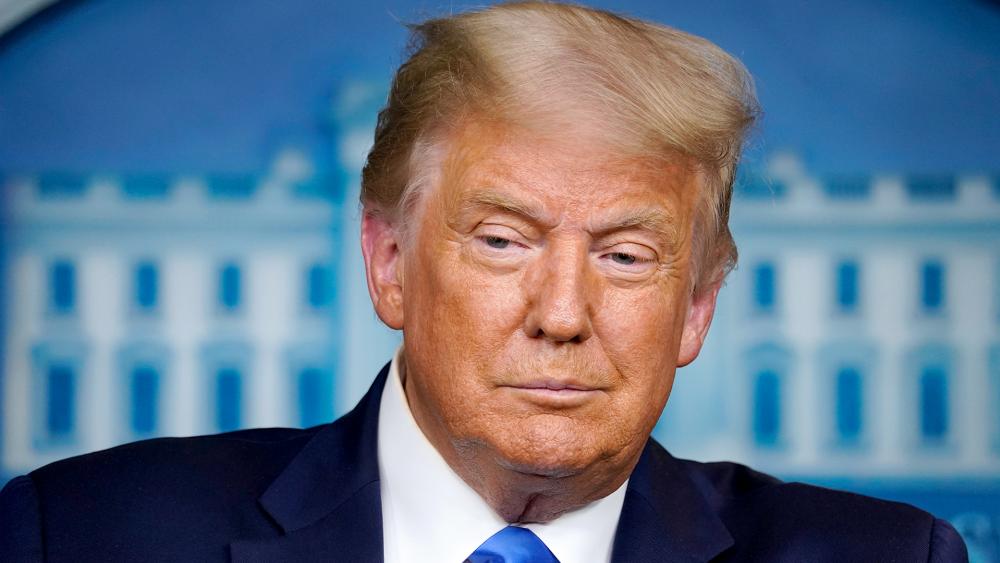 President Trump is now calling on the House of Representatives and Senate to pass several coronavirus stimulus bills after saying on Tuesday that he's done with this fight until after the election.

Overnight, the president tweeted Congress should approve several stopgap measures rather than the huge, high-priced plan proposed by the House. Trump is supporting the idea of $25 billion for the airlines and $135 billion for small businesses, as well as $1,200 checks for the American people.

Move Fast, I Am Waiting To Sign! @SpeakerPelosi https://t.co/RYBeWWuPC2

That came after he broke off talks with Speaker of the House Nancy Pelosi (D-CA) earlier in the day. He accused Pelosi of acting in bad faith, stating that negotiations would not begin again until after the election.

That announcement sparked a drop in the stock markets with the Dow losing 600 points and closing 376 points lower.

Earlier in the day, Federal Reserve Chairman Jerome Powell said more stimulus is needed to prop up the economy and prevent a recession.

"Too little support would lead to a weak recovery, creating unnecessary hardship for households and businesses. Over time, household insolvencies and business bankruptcies would rise, harming the productive capacity of the economy, and holding back wage growth," he said.

Powell acknowledged that the federal budget has been on an unsustainable path for some time and that the national debt needs to be brought under control. However, he said, "This is not the time to give priority to those concerns."

Conservatives have opposed the Democrats' spending bill in the House, arguing that congressional Democrats want money to bail out Democratic states and cities.