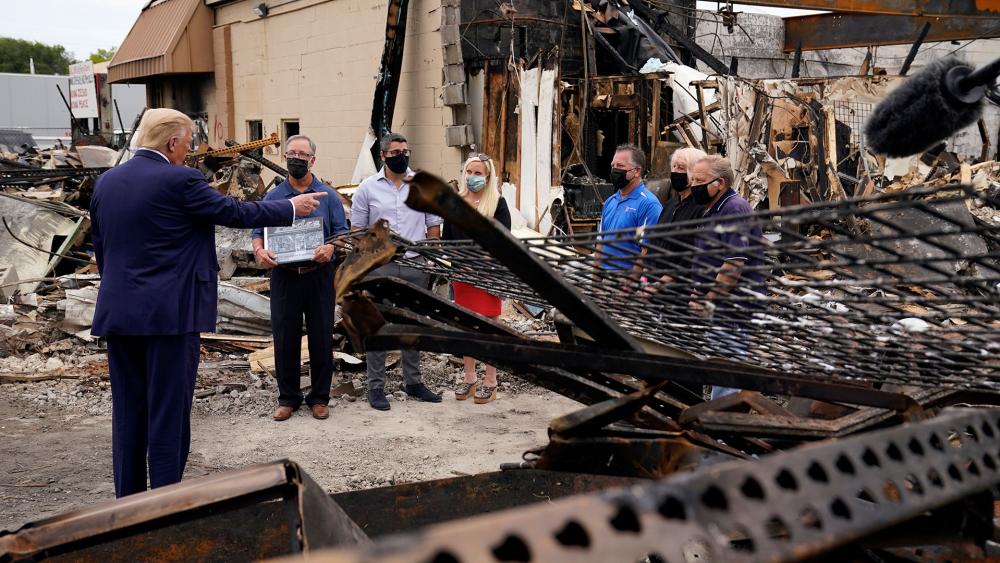 WASHINGTON - President Donald Trump traveled to Kenosha, Wisconsin Tuesday in the wake of the violent protests following the police shooting of Jacob Blake.

It's been a week since protests and riots broke out after Blake was shot seven times leaving him paralyzed. Trump said he's spoken with the Blake family pastor.

Trump promised, "no tolerance" for anarchy and violence.

Trump added while in Wisconsin, he plans to "thank law enforcement and the National Guard for a job well done."

"I'm there today for law enforcement and the National Guard. They did a great job in Kenosha. They put out the flame immediately," Trump noted.

Wisconsin's governor and Kenosha's mayor had asked Trump to cancel his trip, saying the visit will do little to heal the city's wounds.

On Tuesday, Trump even blamed the media for the spike in violence.

"I think the press, the media is what's fueling this, more so than even Biden, 'cause Biden doesn't know he's alive," Trump said.

"Fires are burning and we have a president who fans the flames," Biden said. "I want to make America safe. Safe from COVID, safe from crime and looting. Safe from racially motivated violence. Safe from bad cops. Let me be crystal clear. Safe from four more years of Donald Trump."