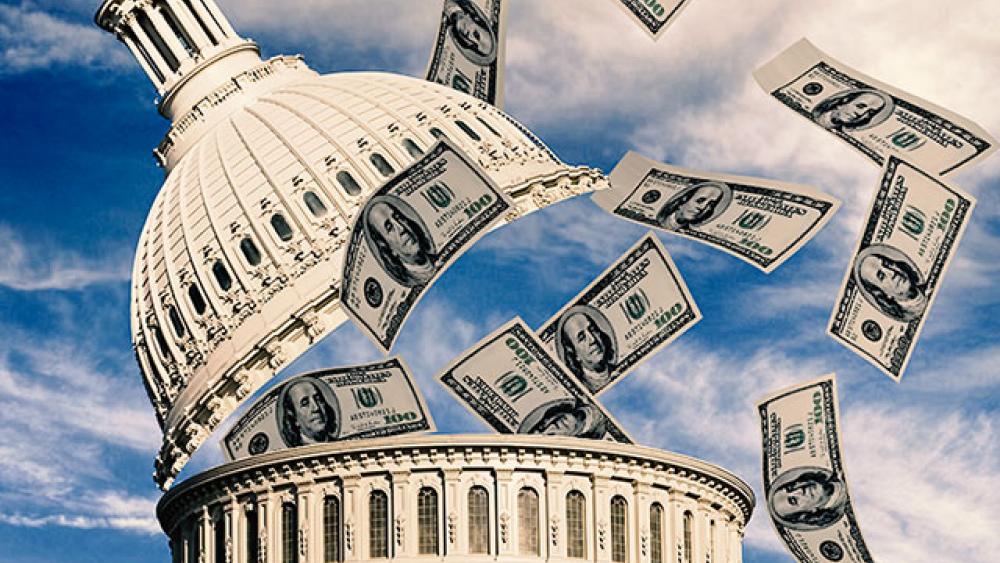 President Biden's infrastructure bill is being described by conservative critics as "the worst legislation that's passed over the last century."

Senators voted in favor of the $1.2 trillion plan today. But that's just the beginning because the bill is only a "down payment" on the Democrats' $3.5 trillion "social infrastructure" plan.

So who's footing the bill? You guessed it: You, your children, and your grandchildren.

While many in Washington are praising the infrastructure bill as a bipartisan win for America, some fiscally conservative senators are raising alarms on how we're going to pay the $1.2 trillion tab.

Sen. Ron Johnson (R-WI) said, "We were all told this thing was completely paid for, oops – not quite."

Griffith is also concerned with how the money is being distributed.  "There's just as much money in it for things like Amtrak and public transit as there are for freeways, highways even though most people of course travel by car," he said.

And he says the bill is a down payment on progressive Democrats' "Green New Deal".

"When state governments use resources from the federal government to bolster their infrastructure, they're going to have to come up with carbon reduction plans," he explained.

Even though it has bipartisan support, Griffith doesn't think it's a good bill. "Some of the worst legislation that's passed over the past century has been bipartisan legislation," he said.

The Senate will also be taking up the budget reconciliation package this week. It does not include an increase to the debt limit, which tees up a massive September showdown on Capitol Hill when the Treasury Department starts warning about exceeding the current borrowing limit.

That huge budget bill that the Democrats will be taking up next will officially cost $3.5 trillion, but independent analysts have projected that the real cost will be much higher – around $5 trillion.

The Democratic budget blueprint reflects the party's shift to the left and the influence of socialist Senator Bernie Sanders from Vermont.

The plan aims to spend more money on government health, education and family support programs, but critics call it a far-left remaking of America. No Republicans will support that bill.