'One Piece in God's Much Bigger Puzzle': How God Carried Kayleigh McEnany During Time in White House 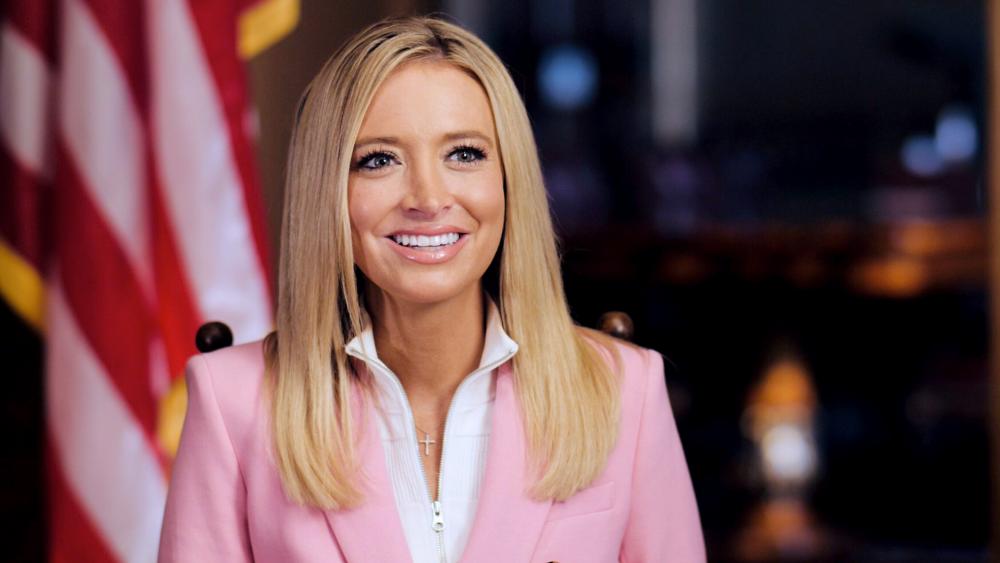 For almost a year, former White House Press Secretary Kayleigh McEnany had a front-row seat to some of the most high-stakes moments in our country's history.

In her new book, For Such a Time as This – My Faith Journey Through the White House and Beyond, McEnany is opening up about joining the Trump administration as the world declared COVID-19 a global pandemic, and she's sharing what the Lord showed her during her time in the White House.

"I was one piece in God's much bigger puzzle, and that's God's plan for all of us," McEnany recently told CBN News.

McEnany says relying on God was key to her success at the White House.

"One of the things I did before I first took the podium was talk to one of my predecessors, Sarah Sanders, and she sent me a list of advice and one of them was most importantly, pray," recalled McEnany.

She says prayer played an important role ahead of her first briefing on May 1st, 2020.

"I was supposed to take to the podium at 2 pm but rather than walking to the podium, I'm in my office crying out of such nerves," shared McEnany. "Sarah had told me 'don't worry and pray', but I was indeed worrying."

To calm her nerves, McEnany turned to her faith.

"I went to the West Wing bathroom and got on my knees and prayed – then Vice President Mike Pence went like this to me and said I've been praying for you which meant a whole lot," said McEnany. "I can tell you it was Christians like Sarah and the Vice President and Christians across the country that prayed for the administration that I know it helped the Trump administration along the way and it certainly helped me ... millions of Christians praying."

McEnany shared that praying with her team ahead of briefings soon became the norm.

"It was the last thing I did before I walked to the podium," she recalled. "My team would stand around the press secretary's office, sometimes we'd have the fireplace burning in the background and we would say a prayer and then I would walk off to the podium and I can tell you that was indispensable."

In her new book, McEnany reflects on some of the hardest days during her time in the Trump administration.

"I think one of the hardest days for me was when the President got COVID-19. It was the most fearful I've been," said McEnany.  "It was extremely eerie to be in a White House in a West Wing without a commander in chief in the Oval Office."

Despite having a resume that certainly qualified her for her job in the White House, McEnany credits the Lord for leading her there.

"I was brought to this position by Christ for such a time as this, I didn't make it there on my own," she explained. "I want anyone reading this to know you are where you are in a place, in a time, in a circumstance, in your body, for such a time as this for a reason and a purpose – and if you ask Christ to guide you, He will take you to show you that plan He has for your life just like He did for me."

"I learned how to hold a pacifier in my daughter's lips while fielding a call from the President and answering reporters in between in a rotating series of calls," McEnany said with a laugh.

McEnany also writes in her book about the media report that upset President Trump the most.

"I can say without a doubt it was the Atlantic story," said McEnany. "The president was in the middle of doing a rally and this story comes out that says President Trump had called fallen military women suckers and losers, it was just categorically false."

Since leaving office, other former administration officials have written books sharing unflattering depictions of life inside the Trump White House.

"It's very frustrating because it doesn't ring true to the person that I knew," said McEnany. "Was he a tough boss? Certainly, he's the President of the United States. We know who President Trump is – he demands the highest level of work from those around him, but he also is a father, a great family man, and someone I grew to know and love."

McEnany doesn't know if former President Trump will run again in 2024, and says she hasn't ruled out being a part of his team again.

"I never say never to anything, but I will say it would be hard to go back on the campaign trail. I hope to have more children by then. We'll see, but it would be hard to be a mom of many to be on the campaign trail," continued McEnany. "But I say the greatest honor, professionally speaking of my life, was getting the call to be press secretary and getting asked to serve in public service at a high level of government is an honor so who knows. If I was ever asked to do that again, it certainly was the high honor of a lifetime for sure." 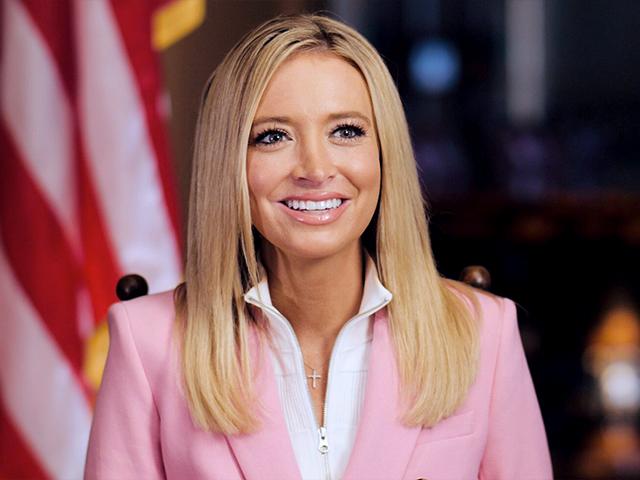 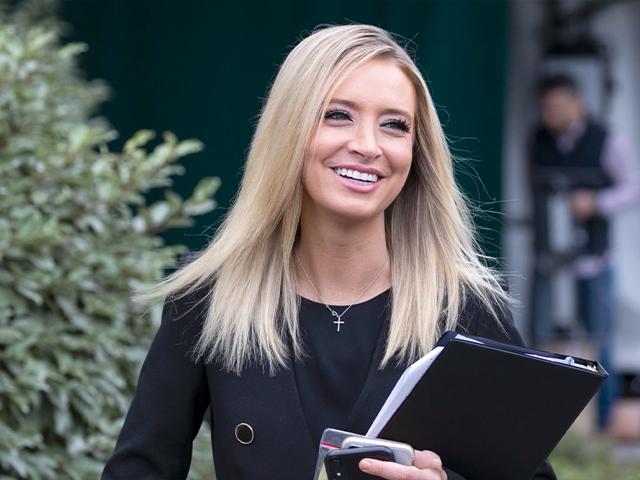 'I Believe God Put Me in This Place for a Purpose': New WH Press Secretary on Faith, Love of Country, and Overcoming Adversity
CBN News Email Updates