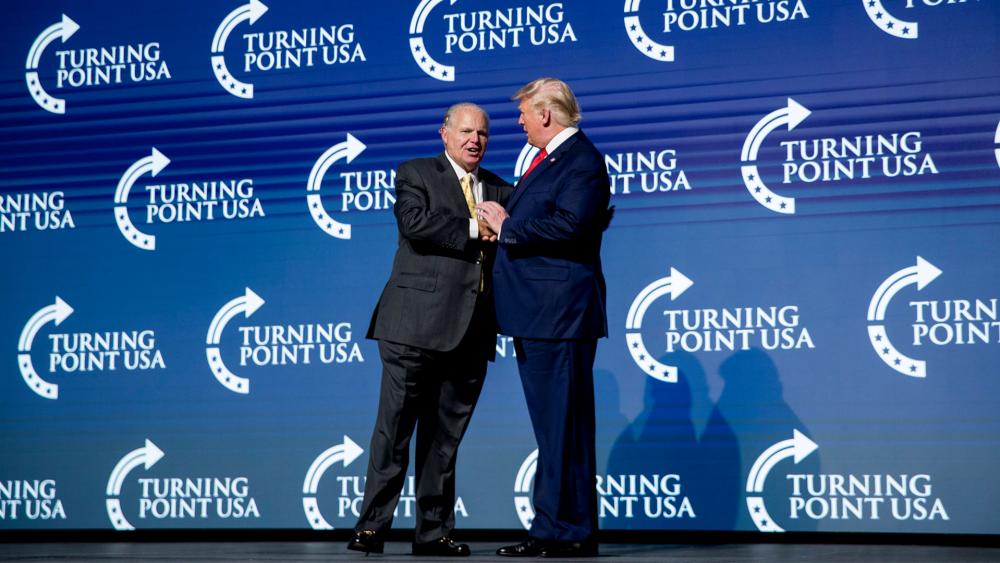 Rush Limbaugh, left, shakes hands with President Donald Trump as he introduces Trump at the Turning Point USA Student Action Summit at the Palm Beach County Convention Center, Saturday, Dec. 21, 2019, in West Palm Beach, Fla. (AP Photo/Andrew Harnik)
6233143789001
'He Loved the People of This Country So Much': President Trump Reflects on the Passing of Rush Limbaugh

Ken Blackwell, the Senior Fellow for Human Rights and Constitutional Governance at the Family Research Council, appeared on the Wednesday edition of CBN News's Faith Nation to talk about Rush Limbaugh and his lasting contribution to conservatism in American politics. Faith Nation is seen weeknights on the CBN News Channel.

After a few weeks of relatively no public communication after leaving Washington, D.C., former President Donald Trump called Fox News on Wednesday to talk about his friend, conservative radio host Rush Limbaugh after learning of his passing.

Limbaugh died early Wednesday after a battle with lung cancer. He was 70.

"There aren't too many legends around, but he is a legend," Trump said.

"He was a unique guy. He became a friend of mine," Trump said. "You know I didn't know Rush at all. I had never met him. Then when we came down the escalator, he liked my rather controversial speech. I gave that speech a little on the controversial side. And he loved it and he was, without ever having met him, or talked with him or had lunch with him or asked him, he was with me right from the beginning."

Trump awarded Limbaugh the Presidential Medal of Freedom last year during the State of the Union address. Trump told Fox News that Limbaugh called the experience "the greatest honor of his life."

"Rush was very sick at the time. He was at a hospital in Boston… It was a very difficult thing for him to come into Washington from where he was, and he did it," Trump said.

"The great Rush Limbaugh has passed away to a better place, free from physical pain and hostility," he said.

"His honor, courage, strength, and loyalty will never be replaced. Rush was a patriot, a defender of Liberty, and someone who believed in all of the greatness our country stands for. Rush was a friend to myself and millions of Americans—a guiding light with the ability to see the truth and paint vivid pictures over the airwaves. Melania and I express our deepest condolences to his wonderful wife, Kathryn, his family, and all of his dedicated fans. He will be missed greatly," the statement concluded.

As CBN News reported, on Feb. 3, 2020, Limbaugh announced to his 20 million-member listening audience that he had been diagnosed with advanced lung cancer.

In a later health update in October, Limbaugh, also spoke about his personal relationship with Jesus.

"I have a personal relationship with Jesus Christ," he said. "It is of immense value, strength, confidence. That's why I'm able to remain fully committed to the idea that what is supposed to happen will happen when it's meant to."

Limbaugh also thanked those who have extended their prayers and well wishes, calling their support "a series of blessings."

Then on Dec. 24, he thanked his supporters again during his last broadcast of 2020, according to USA Today. 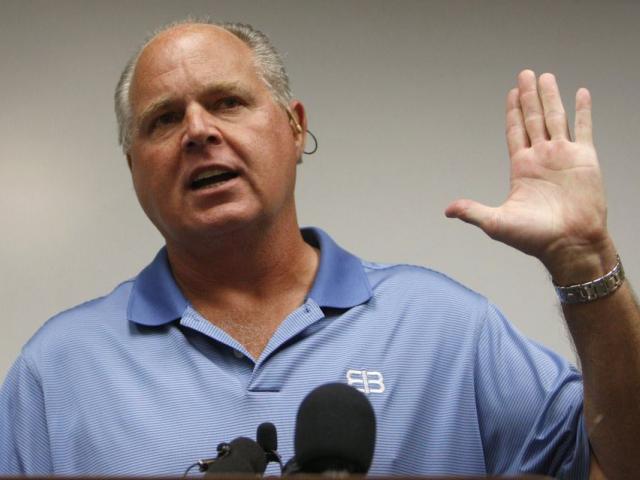