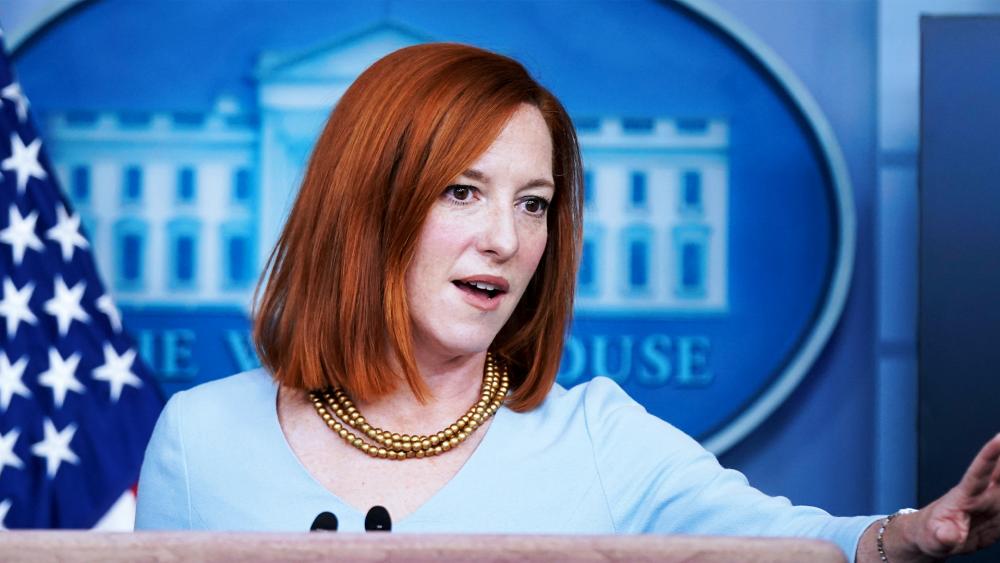 Above: Education expert with The Heritage Foundation, Jonathan Butcher appeared on CBN's Faith Nation to talk more about President Biden's plan to re-open schools. Newswatch is seen weekdays on the CBN News Channel.

President Joe Biden is being accused of backpedaling on his pledge to reopen the nation's schools after the White House added fine print to his promise and made clear that a full reopening is still far from sight due to the pandemic.

Biden's initial pledge in December was to reopen "the majority of our schools" in his first 100 days in office. In January, he specified that the goal applied only to schools that teach through eighth grade. And this week the White House said schools will be considered open as long as they teach in-person at least one day a week.

One Day of In-Person School a Week?

White House Press Secretary Jen Psaki defended the goal Wednesday, calling it part of a "bold ambitious agenda." But she also said it's a bar the administration hopes to exceed.

"Certainly, we are not planning to celebrate at 100 days if we reach that goal," she said. "We certainly hope to build from that."

The White House had faced increasing pressure to explain the goal as the reopening debate gains urgency. Biden had never detailed what it meant to be reopened or how he would define success. Pressed on the question Tuesday, Psaki clarified that one day a week of in-person learning would meet the mark.

"His goal that he set is to have the majority of schools — so, more than 50% — open by day 100 of his presidency," she said. "And that means some teaching in classrooms. So, at least one day a week. Hopefully, it's more."

The goal drew criticism from Republicans who said Biden is setting the bar too low. House Minority Leader Kevin McCarthy called it unacceptable and said schools are ready to open now.

"Having only 51% of our schools reopen for as little as one day a week is not a 'success,'" she said. "We should be working to safely get all of our children back to full-time, in-person learning."

Now, critics say, the goal has been moved so low it may already have been met. Data from Burbio, a service that tracks school opening plans, recently reported that 58% of K-12 students are learning in-person to some degree.

Low Bar for School Reopenings, Parents Are Not Satisfied

"The administration doesn't have to exert much effort to meet this goal," said Jonathan Butcher, an education fellow at the Heritage Foundation.

"The Biden administration has set a low bar for school re-openings," he explained. "Estimates show that about 60% of school districts were offering full in-person learning in elementary schools, 49% in middle schools and 47% in high schools."

Butcher says it should be local districts who make the decision to open up, not the federal government.

"This sets low expectations, something we've already seen with the initial COVID-19 vaccine rollout plan that the Biden administration achieved by Inauguration Day," he noted.

The Heritage Foundation education expert said that union opposition to schools being re-opened is a problem that's not going to go away.

For example, even though the Chicago Teachers Union approved a deal with the nation's third-largest school district to get kids back in class, the union criticized Mayor Lori Lightfoot's handling of the negotiations, and the agreement itself.

The first wave of students in grades K through eight will be back to school Thursday. No plans have been set yet for high school students.

Butcher also touched on parents' frustration as some schools continue to stay shuttered.

"Parents are not satisfied with district attempts at online or hybrid learning," he said. "According to a recent nationally representative survey, 51 percent of parents of students who attend schools, as usual, say they are 'very satisfied,' while parents of only 23 percent of the students taught remotely, and parents of 21 percent of students undergoing a hybrid education, give the experience the same high rating."

"So no one, including the administration, should be satisfied with part-time in-person school operations—because parents are not," Butcher said.