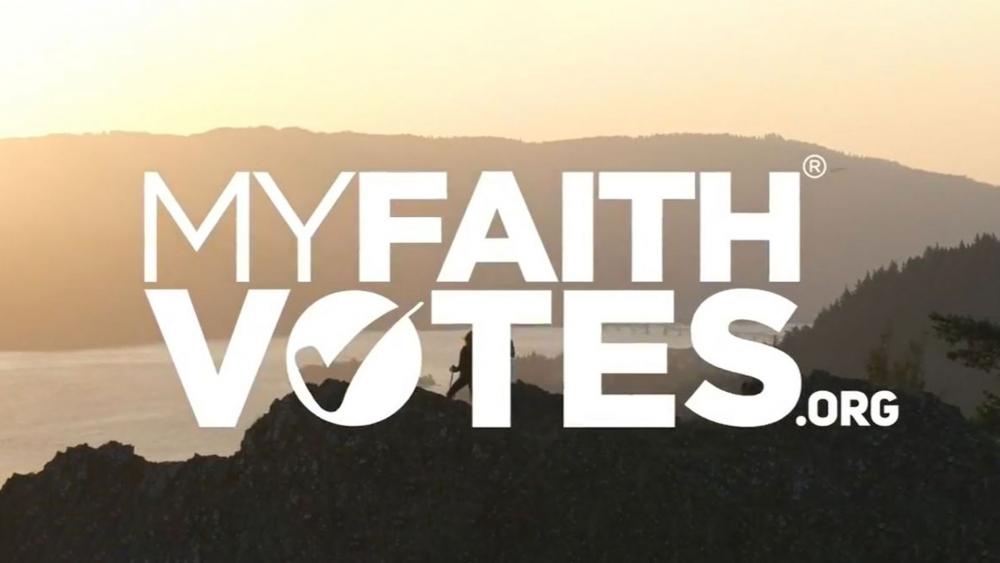 Many Christians are concerned about the militancy of the progressive movement these days, from "cancel culture" warriors who want to "deprogram" conservatives to the far-left actions already being taken by the new Biden administration.

My Faith Votes is a non-partisan movement that motivates, equips, and activates Christians in America to vote in every election, transforming our communities and influencing our nation with biblical truth, according to the organization's website.

West noted the impact of the My Faith Votes organization as the number of voting Christians has significantly increased since its inception. He highlighted the importance of taking back America's Judeo-Christian foundation and giving a voice to pastors and churches in minority communities.

"I see the progressive socialist left trying to separate us from our Judeo-Christian faith heritage and if they do that, then government with a little 'g' replaces God with a big 'G' as the ones who grant you your inalienable rights," West said during the hour-long event.

"The left has destroyed the traditional nuclear family. The left has gone after our churches," West continued. "The left has taken over our systems of education ... When I think about Joe Biden's speech last week, it wasn't about unity. It was about conformity. And if you don't conform to a progressive, socialist ideological agenda, guess what, now they are classifying Christians as 'white Christian nationalists' or 'Christian extremists'."

When asked about the state of religious freedom right now in the United States, Gingrich responded, "Well, I think that it is probably the most endangered since the Revolutionary War. There were some limitations on religion prior to that, particularly on specific religions. The Quakers helped found Pennsylvania for example. But they even began to be crowded out by the more traditional religions."

"So there was a real question when they engaged in the writing of the Declaration of Independence and then the writing of the Constitution, because the British tradition, the European tradition was the state religion," he noted. "They really wanted to create genuine freedom. A genuine opportunity for everyone. Now, they were not anti-religious. That's a modern liberal lie."

In a book co-authored by Gingrich, Rediscovering God in America, he describes all of the major statues and monuments in Washington, D.C., and connects each of them to faith, including Jefferson, Washington, and others.

"Everyone of them is a tie-back to religion and back to God," Gingrich explained. "That tradition really only began to be challenged until after World War II, in a series of court cases which represented a rising secular anti-religious belief. And that anti-religious belief gained momentum. So that on the American Left today, you are more than likely to be against religion than for religion."

Ellis shared why she believes religious freedom was the first freedom added to the Constitution.

"A lot of people in America today don't actually understand the context of our Constitution. We have this idea that government has the right to do anything that it wants. And that somehow our powers and our rights as "We the People" are limited to the text of the First Amendment," she noted. "And it's completely false."

"And so what we have to go back and actually understand about why America is so truly great, and why our nation was founded so differently is that our founders recognized that all human beings are made in the image of God.  And as individuals who have that image of God are endowed by our Creator with certain unalienable rights," she said.

"And Thomas Jefferson used that term 'unalienable' because that meant it can't be alienated from us," Ellis said. "We can't buy, sell, infringe or abridge upon those intrinsic rights that are given to the individual. And so we created this system of government that was limited in its powers. And that's what our Constitution provides for is that our government only has specific, limited power in order to carry out legitimate function."