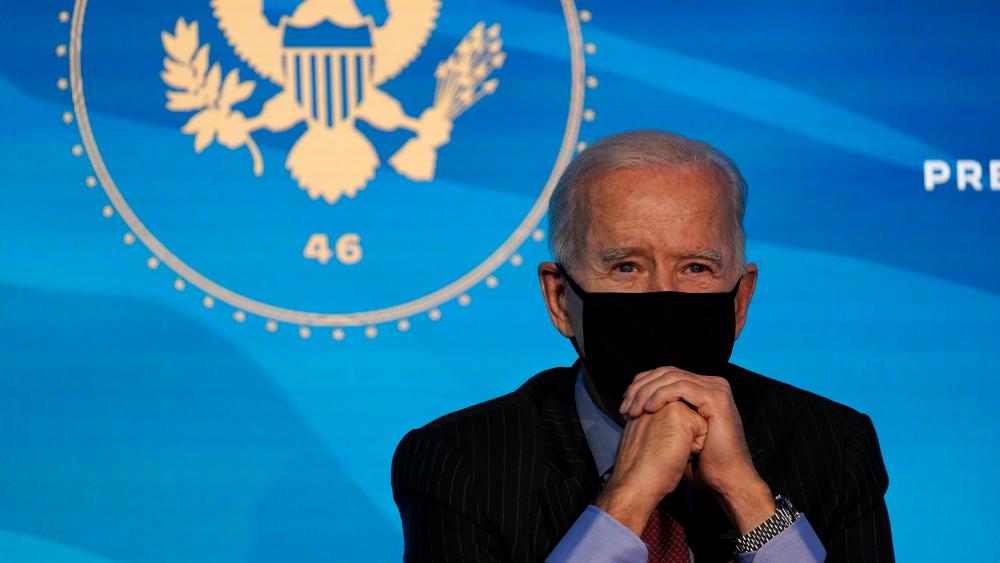 President-elect Joe Biden is planning a 10-day blitz of executive action on what he calls the "four crises" facing the country: COVID-19, the economic downturn, racial injustice, and climate change.

"He's going to come back to the White House after giving that (inauguration) speech at the Capitol and take some immediate actions to begin moving this country forward," Klain said of Biden.

Among several executive orders Biden is planning to roll out, they include a 100-day mask mandate to fight COVID-19, a "path" for illegal immigrants to become citizens, returning the U.S. to the Paris Climate Accords, restarting the Iran nuclear deal, and overturning President Trump's travel ban against some Muslim-majority countries where terrorism is prevalent.

Sen. Lindsey Graham told Fox News that returning to the Paris Climate Accords will be a disaster for the US economy. "If that's what he's going to lead off with he's going to have a tough rollout of his presidency," Graham said.

With two days to go until Biden's planned inauguration, a massive security operation is taking shape.

Up to 25,000 National Guard members will be in DC this week, some setting up cots inside the Capitol.

The question some are asking: why so many soldiers when the National Mall will be closed to the public during the inauguration?

Washington, DC mayor Muriel Bowser says the threat is from white domestic terrorists. "How serious is our country going to take domestic white extremism, and I think what we saw here last week is that we didn't take it seriously enough," Bowser told NBC.

But officials have begun vetting all of the National Guard troops, fearful that the very people assigned to provide protection for the inauguration could be a threat.

Across the county, statehouses are also preparing for protests, but planned demonstrations over the weekend turned out to be far fewer than expected.