Calls for Election Integrity After 2020 Crushed Voter Confidence: 'All of These Claims Need to Be Investigated' 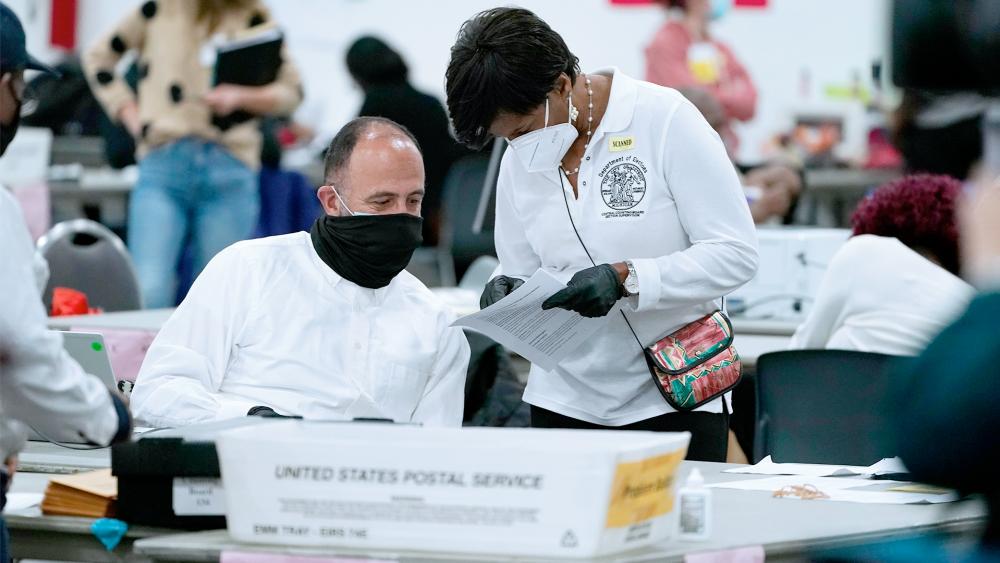 A worker checks with an election supervisor at the central counting board, Wednesday, Nov. 4, 2020, in Detroit. (AP Photo/Carlos Osorio)

The political and legal battles over the 2020 presidential election have now spilled over into debates about impeaching President Trump because of the Capitol Hill riot or invoking the 25th Amendment to force him from office. Either of those moves would surely inflame more distrust of the government among the 74 million Americans who voted for Trump in November.

In the aftermath of the riot, President Trump is promising a peaceful transition, calling on America to begin "healing and reconciliation". But what about the future of election integrity and restoring the confidence of Americans in our electoral systems?

Many voters still have questions about what can be done to protect the next round of elections to ensure they're carried out in a way that prevents fraud and increases confidence in the outcome.

For example, the stunning number of ballots cast in 2020 was reportedly the highest percentage in 120 years -  66.7 percent of eligible voters - largely due to late changes on the state level allowing mail-in ballots or drop-box voting. But many remain concerned that these ballot processes are still unsecured.

Elections are controlled by individual states. They set the rules for how elections at all levels are carried out.

Political analyst Hans von Spakovsky of the Heritage Foundation told CBN News that it is the states and not the federal government who need to investigate possible problems in the voting processes used in the 2020 election.

"What needs to happen is all of these claims need to be investigated in depth by state legislatures in all of these states, and legislators need to determine the credibility of these claims - what happened, what didn't happen, and then amend their laws governing elections, to ensure that this kind of thing doesn't happen again, that any holes, any security holes in the election process, are fixed, so that we can have confidence in the outcome of elections - no matter who wins."

Concerns over voter fraud are nothing new, going back to some of the earliest American elections in the 19th century.

But Spakovsky and others hope states will take the concerns seriously this time to try to erase fears of cheating in elections in the future.