As Gas and Food Prices Spike, GOP Hopes Voters Will React to 'Bidenflation' to Give Them Midterm Victory 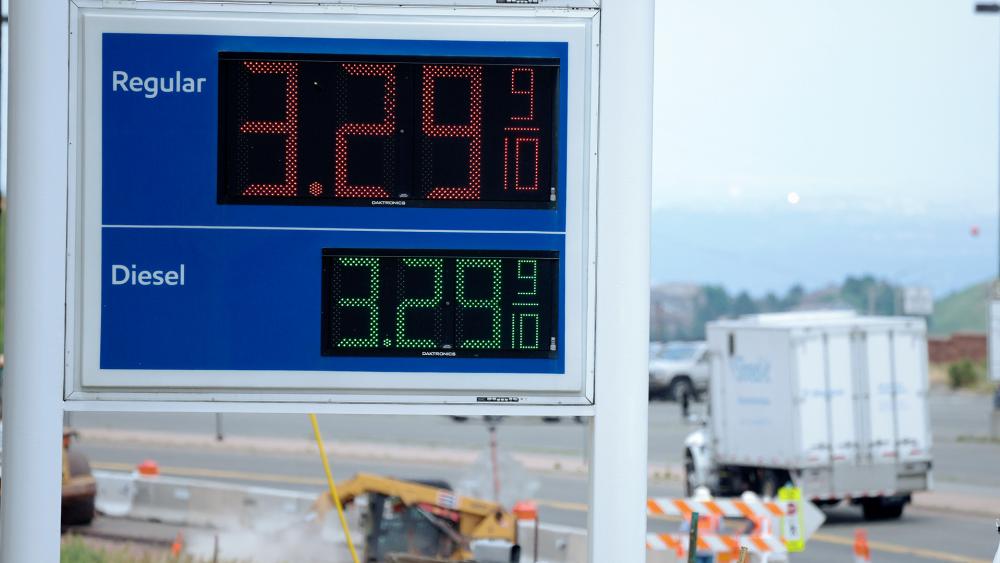 Drivers are facing pricier fill-ups as more people hit the road for work, travel and other activities that the virus pandemic halted. (AP Photo/David Zalubowski)
6264594556001
As Gas and Food Prices Spike, GOP Hopes Voters Will React to 'Bidenflation' to Give Them Midterm Victory

This week President Biden is reaching the six-month milestone since he's taken over the White House. Republicans say his gift to the American people has been increased inflation every single month since he's taken office. It's an observation they plan to highlight all the way to the 2022 ballot box.

Prices on just about everything have increased and consumer patience is waning as Americans deal with inflation while the economy makes a comeback from the pandemic.  The White House is promising prices will level off, but many question how long that will take and how high the cost of living will actually rise.

In the meantime, Republicans are hoping to ride what some in the GOP are calling "Bidenflation" to a midterm election victory.

You can't miss it, Americans are paying more for the food they eat, the cars they drive, and the gas that fuels them. Republicans are pointing the finger of blame at Democrats who are in majority power, especially the chief Democrat, President Biden.

"Democrat policies continue to cause crises for every American family," Congresswoman Elise Stefanik of New York said during a Tuesday news conference with fellow Republican leaders.

Biden insists the increases are temporary. "Economists call all these things transitory effects and they account for 60 percent of price increases we've seen over the last few months," he said Monday.

But even if that's true, people across all socioeconomic lines are still feeling the pinch right now. According to a recently released FOX News poll, 83 percent of respondents are concerned about inflation.

"The cost of produce has gone up," said another.  "We shop at Whole Foods and anything organic is expensive."

A separate poll being released by Republican non-profit American Action Network indicates 88% of voters say they are worried about the rising cost of living, and 73% are concerned about possible tax increases from Democrats in Washington.

"And Joe Biden by the way promised he wouldn't raise taxes on hard-working families and yet he already has because inflation hit low-income people the hardest," said Rep. Steve Scalise, a Republican from Louisiana.

Republicans see an opportunity with the upcoming midterms because higher prices resonate with a wide swath of the voting public. They hope it's their ticket to regaining power in Congress and maybe even convincing some to change political parties in light of what they call Biden runaway spending.  As an example, they point to the $3.5 trillion Democrat plan to fund social programs ranging from child care to free college tuition to environmental initiatives.

"Are the people that are getting on the phone and answering these long questionnaires, are they representative of the population at large? And it's clear there are some challenges," said Nathan Gonzales of Inside Elections.  "I continue to believe that polling is an imperfect but useful way to look at elections."

Regardless of where inflation stands when the 2022 election rolls around, the White House is hoping voters will remember the administration's vaccination efforts and its American Rescue Plan that they say is helping to keep families afloat, pointing out the huge $1.9 trillion spending bill passed without Republican support.