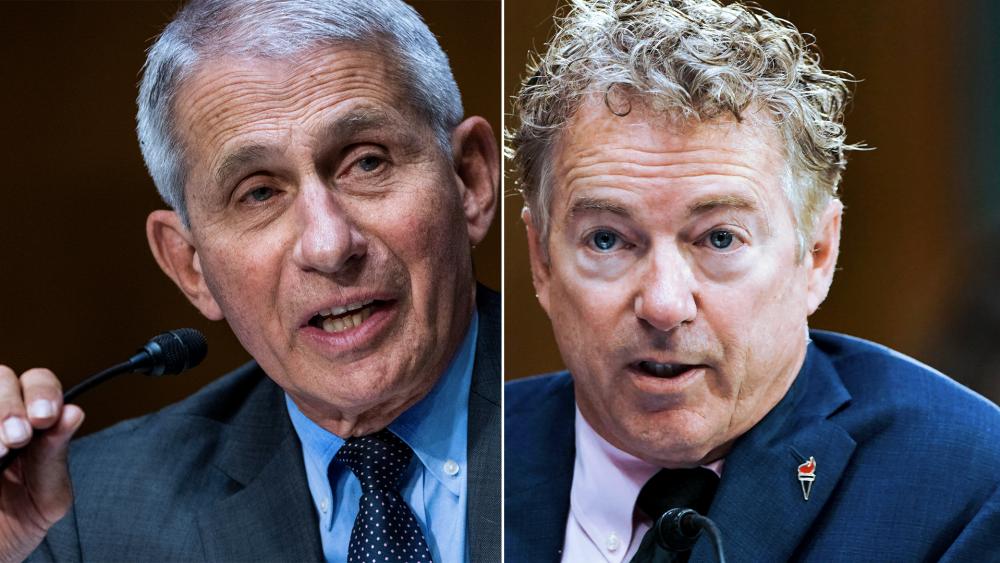 Sen. Rand Paul (R-KY) is calling on the Justice Department to investigate whether or not Dr. Anthony Fauci and the National Institutes of Health (NIH) are linked to gain-of-function research at the Wuhan Virology Institute at the center of the COVID-19 lab-leak theory.

"I don't think Dr. Fauci is being honest," Paul told CBN News. "Dr. Fauci and the NIH have been funding research through the NIH in the Wuhan Institute. I think, first of all, that's a bad idea whether the virus came from the lab or not, I don't think that the Chinese government can be trusted and I don't think that we should be sending funds to their lab."

In a Senate hearing this week, Paul questioned Fauci's claims that the NIH did not fund dangerous gain-of-function research in Wuhan, China.

"Do you wish to retract your statement of May 11th where you claimed that the NIH never funded 'gain of function' research in Wuhan?" asked Paul.

"Senator Paul, I have never lied before the Congress, and I do not retract that statement," answered Fauci.

Paul claims research from the lab tells a different story.

"Dr. Shi, who's the one they call the 'bat scientist', she was doing research at that time taking viruses that occur in animals, mutating them or recombining them with other viruses to create viruses that are not found in nature that actually can affect humans," explained Paul. "This is the very definition of what even the NIH says is 'gain of function' research."

"Senator Paul, you do not know what you are talking about, quite frankly. And I want to say that officially," said Fauci.

But Paul claimed Fauci has reason to distance himself from the research in the lab.

"I think Dr. Fauci has a conflict of interest because he was in charge of the funding, if the virus came from the lab, he has some sort of moral culpability," said Paul.

The Republican senator worries that if we don't find out what happened, we could see another global pandemic.

"We still are funding this research in North Carolina and Galveston, and that there's a potential problem that this could happen again with an even worse virus," said Paul.

Paul said we may never know the truth of where COVID-19 came from, but he believes there's a lot of evidence supporting the Wuhan lab-leak theory.

"The Chinese would have to admit to it and if this virus came from their lab and they have record of that, my guess is that record's long ago been burned," claimed Paul. "They quit putting their virus sequences, their DNA/RNA sequences, online in the fall of 2019, even before we knew this was going on, they had taken offline their sequences so people couldn't look at this."

"They tested 80,000 animals in the Wuhan wet market and none of them had COVID," he said. "They've taken COVID-19 and tried to infect bats with it, and it turns out it readily affects humans but not bats, which makes you suspicious about it coming from bats if it doesn't really readily infect bats."

Paul would also like to see an investigation outside the World Health Organization and thinks the U.S. should re-institute withholding funds to the WHO.