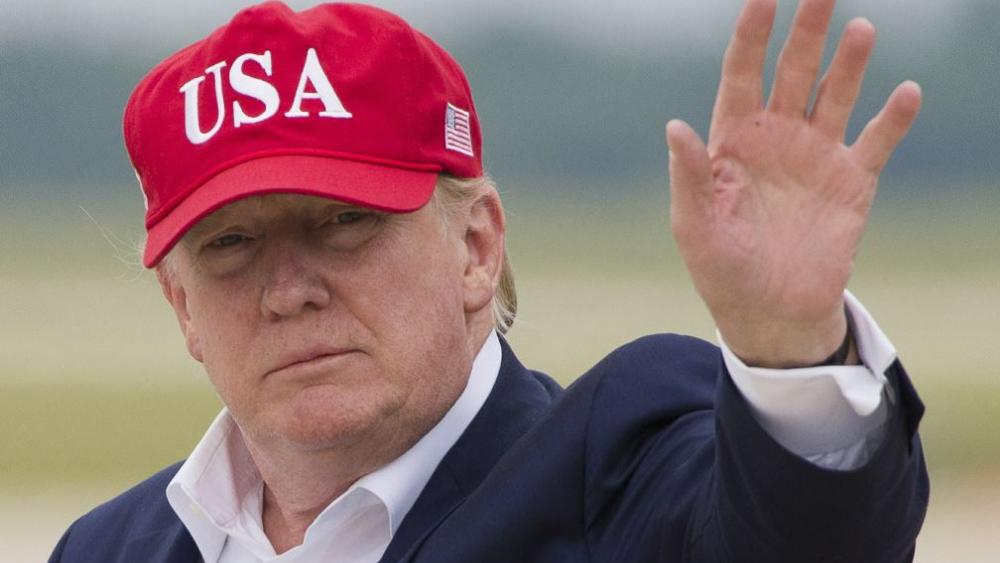 Trump said in a statement that "the Biden administration inherited from me the strongest, safest, and most secure border in U.S. history and in mere weeks they turned it into the single worst border crisis in U.S. history. It's an unmitigated disaster zone."

"We went from detain-and-remove to catch-and-release. We went from having border security that was the envy of the world to a lawless border that is now pitied around the world," the former president added.

"Biden and Harris have handed control of our border over to cartels, criminals, and coyotes. Drug dealers, MS-13 gang members, human smugglers, sex traffickers, and the criminal elements of the world now have free reign. Hospitals and schools are getting crushed and public health is being sacrificed all in service of a radical left anti-borders agenda."

Trump also commended the men and women of the U.S. Border Patrol and ICE.

"Our brave border agents and courageous ICE officers have been illegally stopped from doing their jobs," Trump continued. "Our Nation is now one giant sanctuary city where even dangerous criminals are being cut loose and set free inside the U.S. interior on a daily basis."

Cruz also included a video of a recent speech he gave on the Senate floor concerning the problems at the U.S. southern border.

"The crisis that has unfolded is the direct result of political decisions made by Joe Biden and Kamala Harris," Cruz said. "Number one – The first week in office, President Biden immediately halted construction of the border wall. Number two – That same week, President Biden reinstated the failed 'catch and release' policy."

"And number three – most inexplicably, the Biden administration ended the remain in Mexico international agreement," he continued. "An historic agreement negotiated by President Trump with the government of Mexico. Whereby the government of Mexico agreed that those who illegally crossed into Mexico, would remain in Mexico while their asylum proceedings were pending in the United States."

Halted construction of the border wall

Meanwhile, The Washington Examiner reports Texas plans to solicit donations from the public to cover the cost of finishing the border wall along the state's 1,250-mile border with Mexico.

The state will create a website to accept donations. Abbott's office told the Examiner on Tuesday the governor will share details about the project later this week.