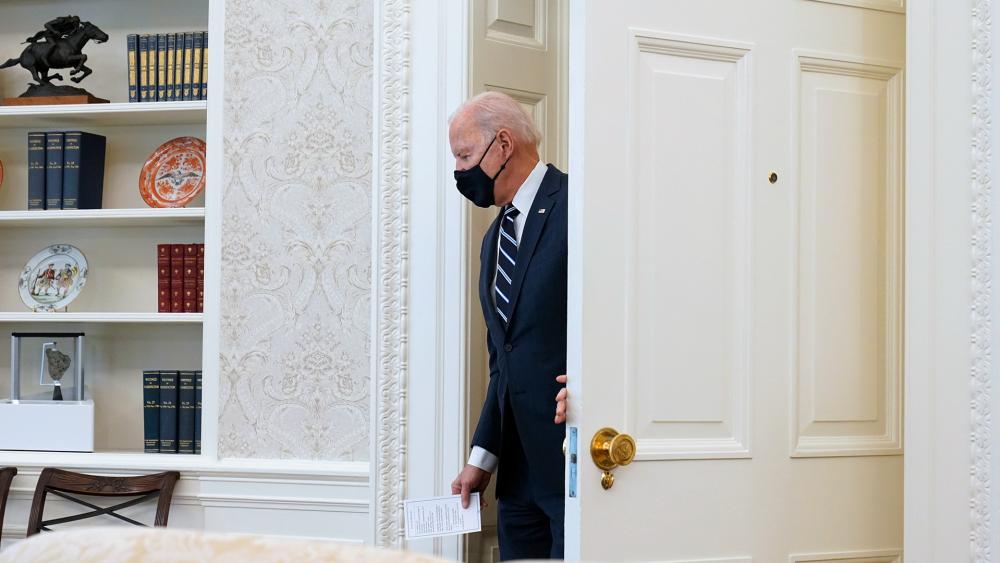 The president will break a historic two-month streak of no press conferences next week, announcing he'll hold his first such event on March 25th at the White House.

He is the first president in decades to go this long without holding a formal question and answer session with the media. The last 15 presidents have held a press conference within 33 days in office. Barack Obama waited 20 days. Donald Trump waited a week. Biden will have held out for over two months.

The decision to hold the conference comes after mounting calls from all sectors of the media.

CNN chief media correspondent Brian Stelter noted the lapse one month into Biden's presidency as he hosted a panel recently on the noticed absence.

Katie Rogers, the White House correspondent for the New York Times, acknowledged, "The president is someone who's been kept on a pretty tightly constricted messaging streak lately."

So far, his public appearances have been carefully scripted, allowing him at most to field one or two informal inquiries at a time, usually in a hurried manner at the end of an event.

The White House has clearly tried to limit him, concerned about his tendency to misspeak or struggle for a word.

Former Trump Press Secretary Kayleigh McEnany says the Biden team has utilized the strategy for months, starting with the 2020 election.

"The basement strategy is what he employed on the campaign trail," she noted in an interview with the Fox Business Network's Stuart Varney. "He went something like 50 days and he only took questions twice and when he did they were hand-picked questions so I think his staff does not have faith that he can stand at the podium and have a press conference the way President Trump did many times," she said.

Former Clinton Press Secretary Mike McCurry recently called press conferences "indispensable" to the presidency. Many indeed see them as a way to more substantively understand how the commander-in-chief thinks about key issues.

There's clearly no shortage of national debates for Biden to weigh in on, ranging from COVID relief to the record-shattering 50+ executive orders he's signed since taking office.