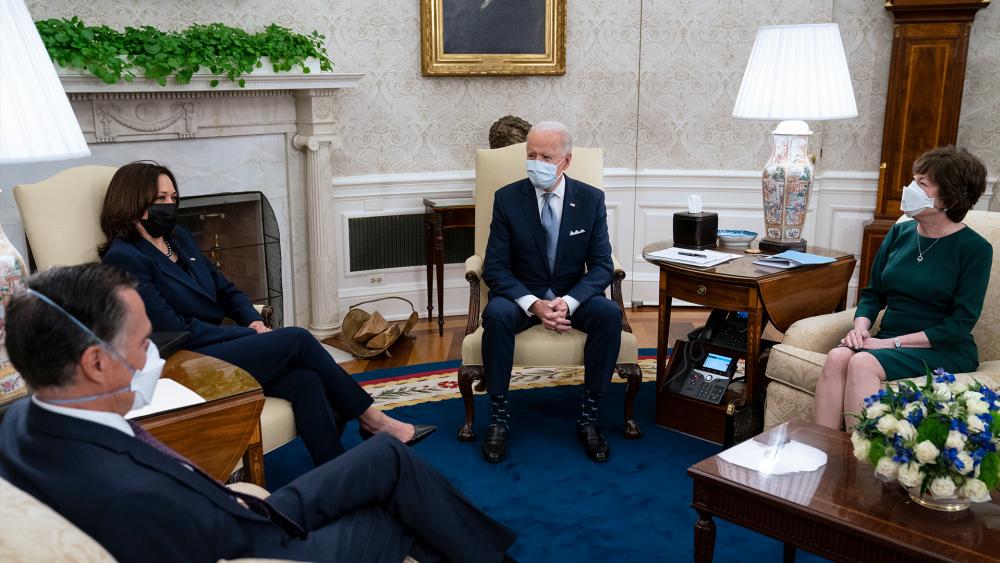 The Pro-Life Evangelicals for Biden coalition tells CBN News they feel betrayed by the Biden administration after the latest COVID-19 relief bill passed the Democrat-controlled Senate and noticeably excluded the Hyde Amendment.

The Hyde Amendment is a decades-old bipartisan policy that for years has been included in federal spending bills to prevent taxpayer funds from paying for abortions.

"As pro-life leaders in the evangelical community, we publicly supported President Biden's candidacy with the understanding that there would be engagement with us on the issue of abortion and particularly the Hyde Amendment," read the statement from Pro-Life Evangelicals for Biden. "The Biden team wanted to talk to us during the campaign to gain our support, and we gave it on the condition there would be active dialogue and common ground solutions on the issue of abortion. There has been no dialogue since the campaign."

Following the release of the statement, CBN News spoke with the spokesman for the group, Dr. Richard Mouw, President Emeritus at Fuller Theological Seminary, who says the group was taken aback when they learned the Hyde Amendment would be excluded from the Senate's American Relief Package.

"A large majority of Americans are in favor of keeping abortion legal but would want some restrictions attached to it," says Mouw. "Right now we feel like the best thing that we can advocate is not to lose the restrictions that we already have, and we felt betrayed. Furthermore, they did not give us a heads up on this, there was no sense of accountability to evangelicals and Catholics who took a lot of risks in saying publicly that they were going to vote for Mr. Biden."

Mouw told CBN News a member of their group, Bishop Claude Alexander, asked the Biden campaign to send a signal early on in his presidency that they're welcome and that he's open to continuing conversations about the issues that concern them.

"Unfortunately I think we got a signal, but it was the wrong one," claims Mouw. "It was a signal that the extreme wing within the Democratic Party is really determining the agenda. I don't see any reason why a Catholic president like Joe Biden who certainly has understood the teachings of the church could not at least say we want to cut back on the number of abortions, we don't want to federally fund abortions except in extreme circumstances."

"I don't understand where he's going with this... why he would be so open now about wanting to dump the Hyde Amendment language which for many of us was a boundary that we don't want to cross," continued Mouw.

The Pro-Life Evangelicals for Biden coalition is calling on President Biden to demand the House add the Hyde Amendment to the American Relief Package before they vote on it this week.

"If this is not done it will raise the question of whether or not we are still welcome in the Democratic Party," the group said in their statement.

Mouw says while Biden has preached a message of unity, his actions have not delivered on that promise.

"Some of the things that Mr. Biden has said have been very moving, but at the same time some of his actions seem to go against that," said Mouw.

Mouw says the Biden administration reached out to him about ten minutes before the start of his interview with CBN News on Monday, and we will update this article if we hear more from those discussions.

Republicans Criticize Democrats for Not Working with Them

Meanwhile, Republican lawmakers are criticizing Democrats for not working with them on a bipartisan relief bill.

"And I think a lot of people have a concern that Speaker Pelosi took advantage of the crisis to fill the bill with things that have nothing to do with COVID that should have been discussed separately," said House Minority Whip Rep. Steve Scalise (R-LA).

On Tuesday, President Biden visited a small business that received a loan from the paycheck protection program.

"400,000 small businesses went out of business," Biden said. "They got in line but they couldn't get the help. And we found out that a lot of that went to bigger businesses that in fact, weren't supposed to qualify for this."

Almost a year into the global pandemic, the CDC issued new guidance that fully vaccinated people can gather in small groups without wearing masks. This news comes as a growing number of states including Texas plan to lift their mask mandates and reopen businesses at a 100 percent capacity.