'Attempt to Politicize the Court': Biden Commission Opposes 'Packing' Supreme Court but It's Got These Other Ideas

6277441022001
'Attempt to Politicize the Court': Biden Commission Opposes 'Packing' Supreme Court but It's Got These Other Ideas

ABOVE: Zack Smith, a legal fellow in the Meese Center for Legal and Judicial Studies at The Heritage Foundation, appeared on the Friday edition of CBN News's Faith Nation to discuss the Supreme Court commission. Faith Nation can be seen weeknights on the CBN News Channel.

President Biden's commission on reforming the Supreme Court appears to be rejecting the idea of increasing the number of justices on the high court – an idea commonly referred to as "packing the court."

Maybe Not Court-Packing, but What About This?

Congressional Democrats had called for expanding the court's count from nine up to 13 in an attempt to add more left-leaning justices that agree with their agenda.

But the findings of the White House commission's draft report said doing so may not achieve balance and would perhaps present "considerable drawbacks."

The 36 member panel met Friday to debate the draft that was released Thursday night.

It does, however, appear to support term limits, age limits, and a rotation system between the High Court and the lower federal courts.

'An Attempt to Politicize the Court'

Zack Smith, a legal fellow in the Meese Center for Legal and Judicial Studies at The Heritage Foundation, told CBN News's Faith Nation that he is most troubled that members of the commission were divided over the issue of court-packing.

He said the commission's overall process of studying the Supreme Court and making recommendations for change has been an "attempt to politicize the court."

Americans' approval rate of the Supreme Court has hit a record low. Smith says this can improve if the justices would follow the principles and guidelines of their job, thereby, reinforcing the constitutionality of the courts.

"I think the best way the justices can bolster the court's legitimacy and competence is to do their job exactly as I described," he noted. "Interpret the text of the Constitution, interpret the text of the statutes before them and apply them to the case in front of them. Not to worry about poll numbers, not to worry about political considerations because that is not the job of a Supreme Court justice. It's not the job of a federal judge and to the extent justices or judges try to engage in politics ... that's really where the harm to our constitutional system comes into play.  At the end of the day, that is how the legitimacy of the courts would be undermined."

Additionally, Smith believes discussion over fixed terms or a retirement age for high court justices could be a lengthy debate.

"Currently the Constitution says justices and federal judges shall serve during good behavior which has been interpreted to mean essentially they have life tenure. One of the issues the commission is grappling with is whether this would require a constitutional amendment to change when and how federal judges and Supreme Court justices serve and so I think this will be a rather lengthy discussion surrounding the term limits issue," Smith revealed.

Requiring a Supermajority for Rulings

Another idea the commission is considering involves reducing the Supreme Court's power of judicial review. Judicial review is the process used by the high court to invalidate an act of Congress as unconstitutional.

First Liberty Institute reports the commission has even discussed requiring a supermajority of justices to make these types of major rulings.

Harvard Law Professor Noah Feldman has warned against reducing the Supreme Court's power of judicial review, arguing that it could pose greater risks.

First Liberty Institute's Chief Counsel Kelly Shackelford said the bottom line is that the Biden commission's efforts to politicize the Supreme Court should be stopped.

"Americans reject remaking the judiciary—especially the Supreme Court of the United States—into another partisan body," Shackelford said. "Yet, far-Left progressives are clearly trying to expand their political power under the guise of 'court-reform,' destroying the independence of our judiciary and threatening the civil liberties of all Americans." 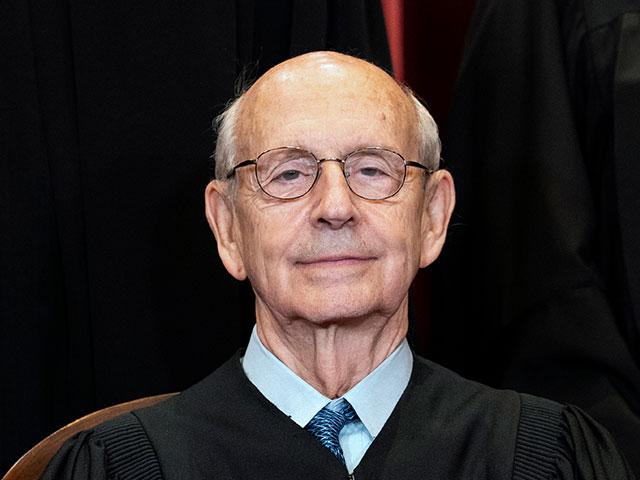