'Build Back Better' Plan Cut to $1.75 Trillion, but Democrat Agenda Not a Done Deal 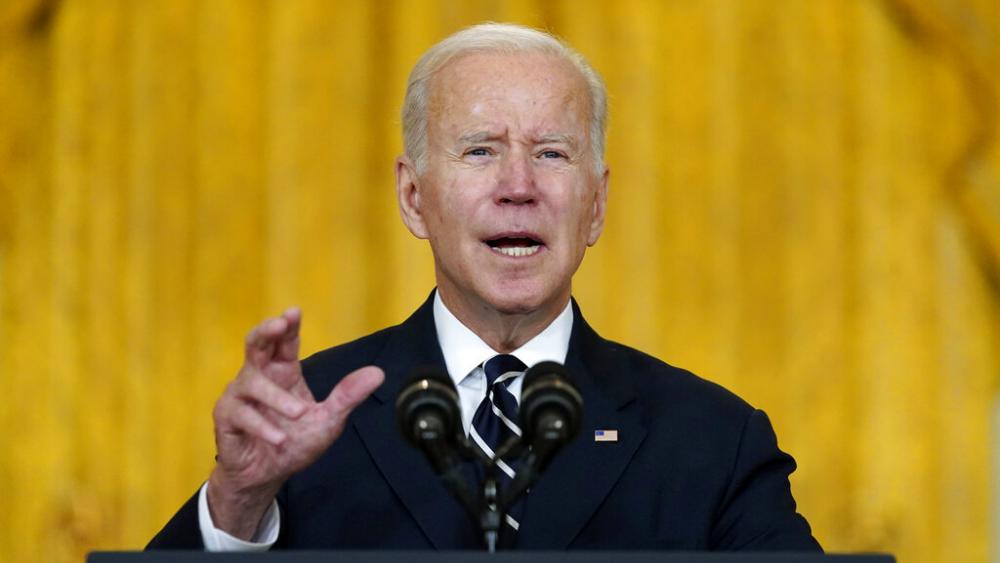 President Joe Biden delayed his departure to a pair of global summits Thursday so he could first visit the U.S. Capitol to tout the framework of a deal on his "Build Back Better" agenda.

After months of intense negotiations, the President plainly told his fellow Democrats he needs their votes.

The nearly $2 trillion plan would invest in families and clean energy.

The big question: How to pay for it?

While it's not a done deal, the current framework could push the plan closer to the finish line. Still, it's clear it took wheeling-and-dealing behind closed doors with key Democrats to get to this point.

"No one got everything they wanted, including me – but that's what compromise is," Biden said.

Biden put his travel plans on hold to plead with Democrats to finalize this compromised version of the bill, which has been basically cut in half from $3.5 trillion over 10 years to an estimated $1.75 trillion.

"The agenda in these bills are what 81 million Americans voted for," the President said.

Hold-outs like Sens. Joe Manchin (D-WV) and Kyrsten Sinema (D-AZ) agreed on key points, which include more than half-a-trillion dollars to fight climate change. On the social side, providing universal pre-kindergarten, extending the child tax credit for a year and measures Democrats say will reduce health care premiums and in-home care waiting lists.

"These are not about left versus right or moderate versus progressive. Or anything else that pits Americans against one another. This is about competitiveness versus complacency," Biden said. "It's about leading the world or letting the world pass us by."

Democrats are still working out how to pay for the new spending. The highlights include proposed new taxes that would hit businesses, including a 15 percent minimum for many large corporations and 15 percent on profits made from other countries.

Also, wealthy individuals making more than $10 million annually will receive a 5 percent tax on their incomes and there will be another 3 percent tax on incomes above $25 million.

In addition, Internal Revenue Service enforcement will be increased on large corporations and the wealthy.

Biden acknowledged that some parts of his agenda will not get done in the current round of legislation, including free community college, federal paid family leave and lowering prescription drug prices.