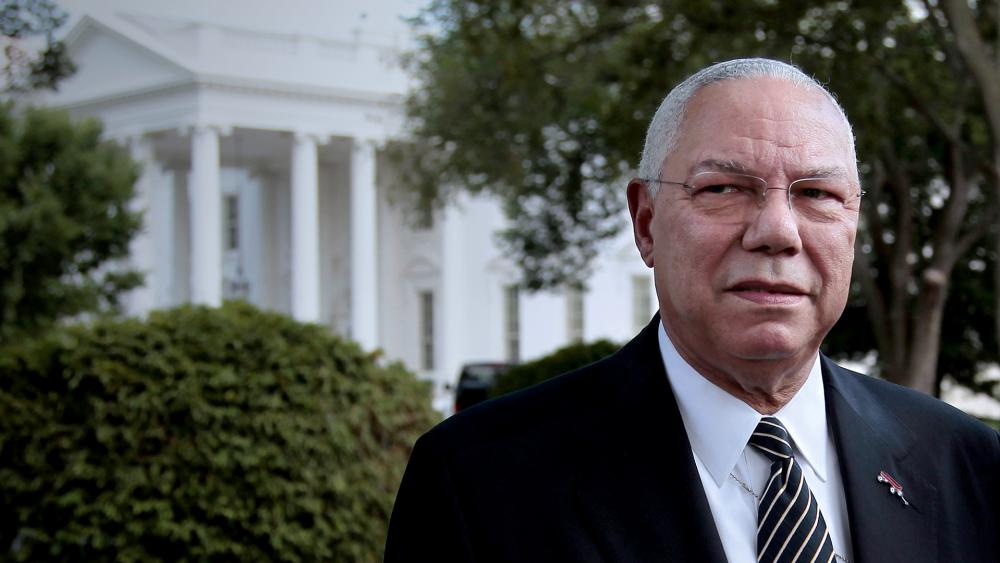 Former Secretary of State Colin Powell has died from complications of COVID-19, his family said Monday. He was 84.

Powell's family announced his death on social media, noting that he was fully vaccinated, but he had been battling multiple myeloma cancer as well as Parkinson's disease.

"General Colin L. Powell, former U.S. Secretary of State and Chairman of the Joint Chiefs of Staff passed away this morning due to complications from Covid 19. He was fully vaccinated," the Facebook post read. "We want to thank the medical staff at Walter Reed National Medical Center for their caring treatment."

"We have lost a remarkable and loving husband, father, grandfather, and a great American," the Powell family said.

Powell was a trailblazer serving as the first black national security adviser in 1989, chairman of the joint chiefs of staff, and U.S. secretary of state.

He was appointed as chairman of the joint chiefs by President George H.W. Bush and later won acclaim during the first Persian Gulf War (1990-1991). A U.S. Army general, and the youngest officer to ever hold the post, Powell began to be recognized by the American public for his television appearances during the Desert Shield and Desert Storm operations in Iraq.

During one of the first Live press conferences of the war, a reporter asked him about his strategy to fight the Iraq army.

Powell later served as secretary of state from 2001 to 2005 in the administration of Bush's son President George W. Bush.

But his reputation suffered a painful setback when, in 2003, Powell went before the U.N. Security Council and made the case for the U.S. war against Iraq. He cited information that claimed Saddam Hussein had secretly stashed away weapons of mass destruction. He told the world body that Iraq had created "a web of lies" by denying it had those weapons. But those weapons were never found after the U.S. invaded, leading observers to conclude that Iraq never had them.

Powell wrote the memoir My American Journey, which was published in 2003, and became a New York Times bestseller.

In 2013, Powell spoke about his faith at the Willow Creek Community Church's Global Leadership Summit in South Barrington, Illinois.

The former secretary of state was raised in the Episcopal Church and The Patch reported at the time he was active in his own church, establishing a youth ministry.

"He was a great public servant" and "widely respected at home and abroad," Bush said. "And most important, Colin was a family man and a friend. Laura and I send Alma and their children our sincere condolences as they remember the life of a great man."

Funeral services for Powell have not been announced.

The former Army general maintained, in a 2012 interview with The Associated Press, that on balance, U.S. succeeded in Iraq.

"I think we had a lot of successes," Powell said. "Iraq's terrible dictator is gone."