SD Gov. Kristi Noem Takes Aim at 'Unbiblical' Biden and Vaccine Mandate: 'I Will See Him in Court' 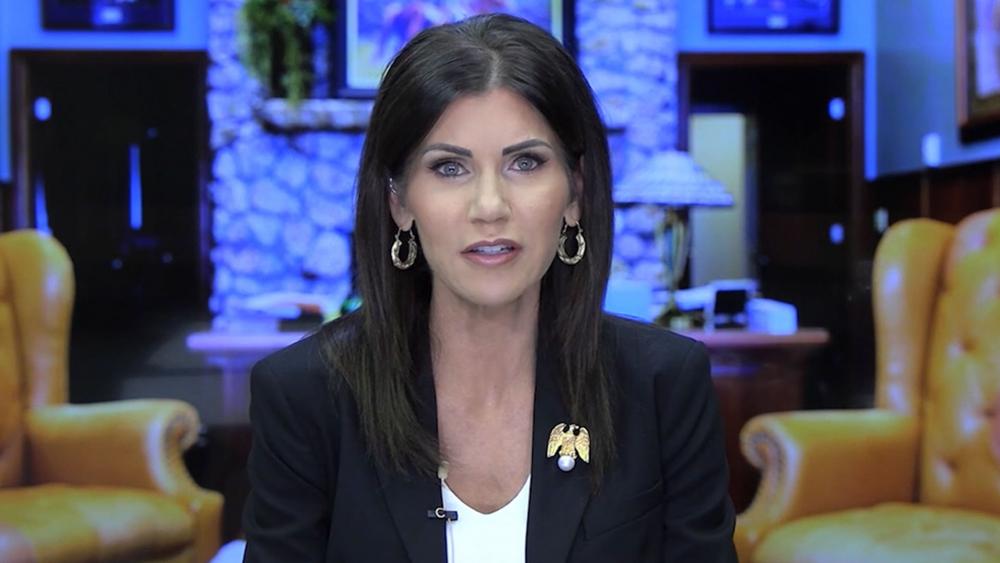 South Dakota Gov. Kristi Noem told CBN News the actions of the Biden administration have not been biblical. She made those comments as part of a wide-ranging interview where she discussed her pushback against vaccine mandates, Dr. Fauci's credibility, abortion, and the spiritual state of America.

"What President Biden is doing by these mandates coming down to businesses and employers that employ more than 100 people is unconstitutional," she said. "The Constitution clearly states that there are limited powers for the federal government and that all other powers are delegated to the states."

"So I will, as soon as that guidance comes out, be filing litigation, and it has told the President that I would see him in court," Noem told CBN News.

On the topic of vaccines and science, she lowered the boom on Dr. Fauci.

When asked if she thought Dr. Fauci should be fired, the governor responded, "Well, Fauci has done a grave disservice to this country. What he has done is discredited our health officials."

"He's been political," she continued. "He's not been consistent. He has not followed the science. Therefore, his credibility is down to zero."

While Noem's praise for Fauci is non-existent, it's the opposite when it comes to Texas's pro-life heartbeat law. It may be controversial but Noem is taking a stand.

Will there be a South Dakota law just like Texas? CBN News asked the governor.

"Well, we reached out immediately to those who drafted and worked on the Texas law, and are consulting with them on how that bill would fit in our statute as well," she explained. "So yes, I think it was a fantastic win for us."

Noem also went on the offensive on telemedicine abortions. The Biden administration policy allows for women to get abortions without seeing an in-person doctor first. Her executive order did away with that in the Mount Rushmore State. She said this administration has been ungodly.

"What they are doing and the actions they're taking, are not biblical," Noem said. "And I know they, they many times talk about being religious. But I think that it's really time for all of us to look at the actions of our leaders and see if they line up with a word of God."

This leads us to the spiritual state of our nation, a stand Noem said is crucial for our nation to survive.

"We've seen our society, our culture, degrade as we've removed God out of our lives, and people become what they spend their time doing," she said.

"I really believe that focusing on those foundational biblical principles that teach us that every life has value every person has a purpose, will re-center our kids and help us really heal this division that we see taking over our country," Noem said.