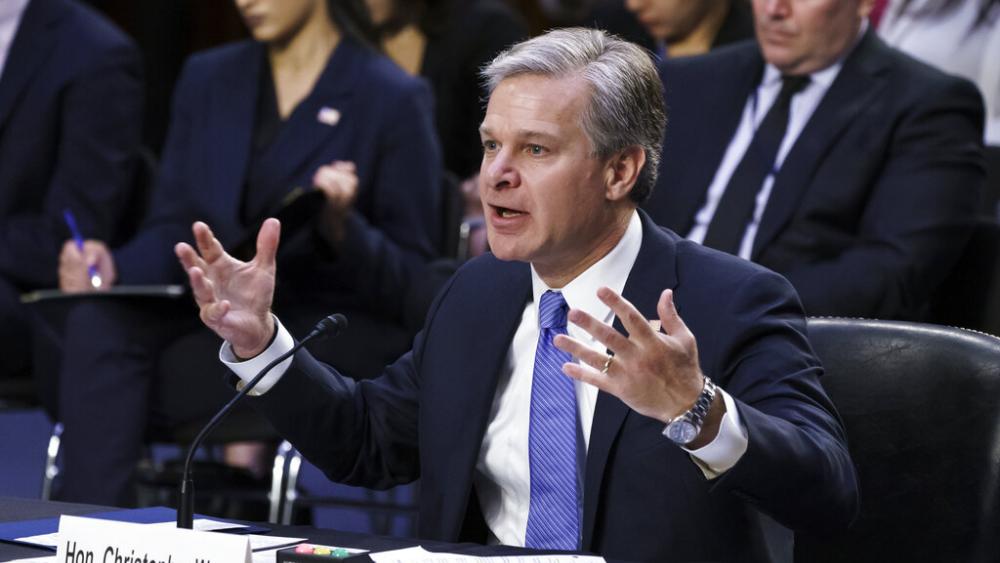 He was grilled before the Senate Judiciary Committee.

"The FBI's credibility is on the line as of the founding principles that helped found and sustain this great nation, said Sen. Chuck Grassley. (R-IA)

The committee's ranking member remarks come after penning a letter to Wray and Attorney General Merrick Garland about "systemic and existential problems" within the Federal Bureau of Investigation and the Department of Justice following multiple reports from senior staff on alleged political bias and misconduct.

"You'll have to explain to the FBI how you will manage this mess and how you will clean house," Grassley said.

Among the top GOP concerns, were the alleged bias during investigations into election fraud and the handling of the border crisis.

Wray also faced scrutiny on the alleged downplaying of evidence from the investigation into Hunter Biden's financial and foreign business activities with Grassley citing a 2020 FBI intelligence assessment.

"We have seen a pattern where violent abortion activists have violently targeted over 82 churches," said Sen. Mike Lee (R-UT).

"There is also concern over a parent's right to speak up at school board meetings," said Sen. Ted Cruz (R-TX). "You created a specific threat tag directed at parents."

While GOP questions mount about his leadership, Wray praised the men and women at the bureau for doing their job well under difficult circumstances.

"I continue to be impressed and moved both by what I see firsthand and what I hear from others about the quality of our workforce," he said.

Democrats also had questions for Wray including how the agency is dealing with gun violence and protecting abortion clinics. Many of them praised his performance.