'It's Time to Turn to God for the Healing of America': Incoming Rep. Mark Alford Is a Man on a Mission 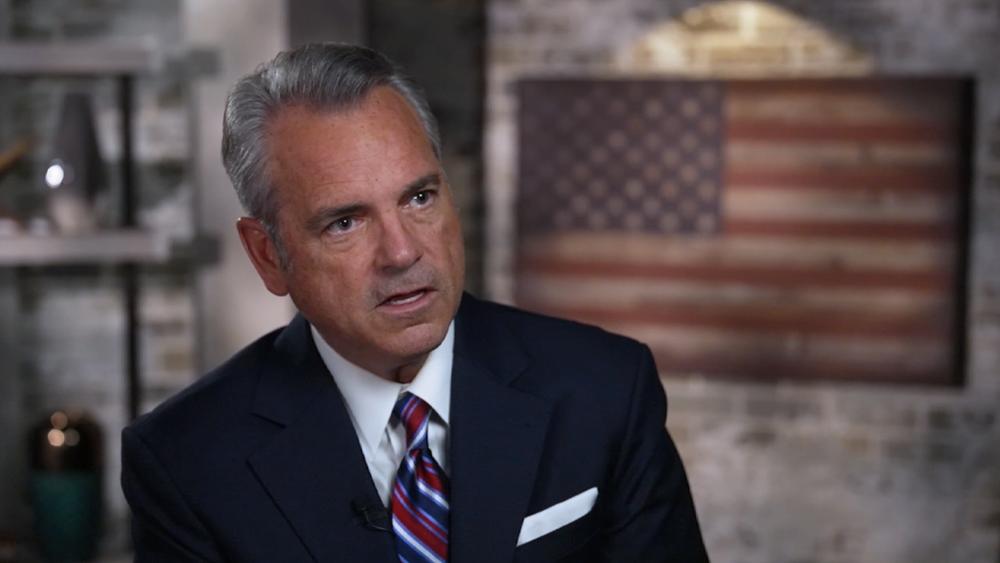 WASHINGTON, D.C. – More than 70 new faces will be on Capitol Hill when the new Congress is sworn in come January. While some new members might look to make waves and get wins for their home districts, one incoming congressman from Missouri believes he's simply been called by God to serve.

Congressman-Elect Mark Alford (R-MO) didn't think he'd be here a little more than a year ago. He assumed he'd still be behind a news desk – a place he's been for decades. The former news anchor now thinks his time spent in front of the camera was God preparing him for his moment in Congress.

"Everyone who's been in D.C. for a while says it's not just like drinking out of a fire hose, but a fire hydrant, forget the hose, there's just so much information coming at you," said Alford on a recent orientation trip to D.C.

CBN News met up with Alford shortly after he won the Missouri midterm election.

Alford's background is in television news.  After reporting and anchoring in Kansas City for more than two decades, he felt like his voice wasn't being heard clearly enough.

"I don't consider them conservative views. It was the facts, it was the other side of the story to give the story balance," he said.

That's when he started to reflect on his next move.

"It was a very scary leap, I've never done anything like this in my life, just to go out, but I felt God pushing me out this window and he was saying 'fly, trust me, fly.' And we did it, we took that leap. I turned in my two weeks' resignation, I went on the last day of my air and told our viewers and said, everything I've done was to come on and tell you the truth because that's the only thing that matters, is truth. Those were my last words and then I filed for this office and announced our candidacy," said the congressman-elect.

He takes over for outgoing Congresswoman Vicky Hartzler. After getting some tips from her at the Capitol, he'll turn his focus towards issues in his district, including hardships being felt by rural Missourians.

"We need to make sure our farmers are protected. With the Farm Bill coming up in 2023, I'm hoping to get on the AG committee to help push through a farm bill that's going to be beneficial for the American people as far as the food programs go, that makes up 80% of it, but also equally important for our farmers that need protection, need crop insurance, and get Americans behind them to say we believe in you," he said.

While Alford might not know his way around the D.C. Beltway quite yet, he's confident in his guide.

"President Reagan said this 40 years ago, something to this effect: It's time for us to reassert our trust in God, it's time to realize we need him more than he needs us, and it's time to turn to God for the healing of America. I want to be part of that healing, I don't know what kind of role I'll be able to play, I'll just be one voice, but I want to do all I can to make that happen," he said.