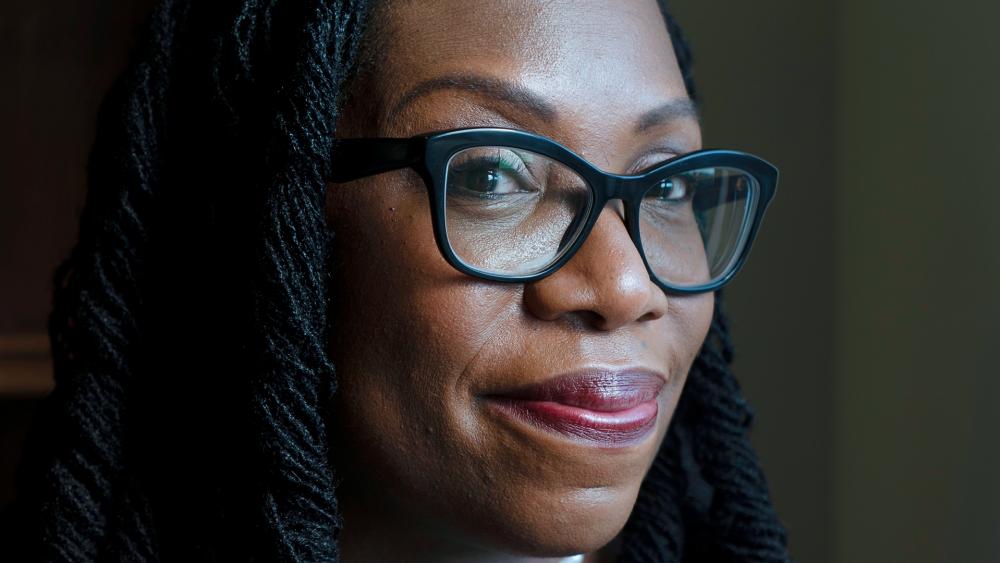 President Biden's nominee for the U.S. Supreme Court, federal appeals court Judge Ketanji Brown Jackson, is getting her confirmation hearing before the U.S. Senate this week. If confirmed, she will be the first Black woman to serve on the high court.

Biden is filling the seat that will be vacated by Justice Stephen Breyer, 83, who is retiring at the end of the court's term this summer. The President has called Jackson "one of our nation's brightest legal minds" saying she "will be an exceptional Justice."

Jackson, 51, is currently a judge for the U.S. Court of Appeals for the District of Columbia. She would be the current court's second Black justice — Justice Clarence Thomas, a conservative, is the other — and just the third in history. Jackson would also be only the sixth woman to serve in the court's history, and her confirmation would mean that for the first time four women would sit together on the nine-member court.

Since Breyer is one of the more liberal justices on the court, Jackson would not tip the balance of the court, which some say leans 6-3 in favor of conservatives, or 3-3-3 right down the middle, depending on who you ask.

Democrats currently hold a majority in the Senate by a razor-thin 50-50 margin with Vice President Kamala Harris as the tie-breaker. Several Republicans have indicated that they have significant questions about her record as a judge.

Reverting Back to Identity Politics?

Two years ago, Biden pledged in a South Carolina debate to nominate a Black woman to the high court if presented with a vacancy. Biden said, "I'm looking forward to making sure there's a Black woman on the Supreme Court to make sure we in fact get everyone represented."

But that statement received pushback from Republicans and other conservatives. Former Housing Secretary Ben Carson, who served under President Donald Trump, has accused Biden of "reverting back to identity politics."

"This is America. Many people fought and gave their lives to bring equality, and now we're reverting back to identity politics," Carson said on WMAL radio's Vince Coglianese Show when asked about the impending court vacancy. "And as we continue to do that, we're bringing more division into our country."

Meanwhile, Biden's nomination of Jackson to fill the seat being vacated by Justice Breyer received criticism as well.

Sen. Lindsey Graham (R-SC), one of three Republicans who voted to confirm Jackson to the appeals court, has expressed disappointment with Biden's pick, saying the president should have nominated a more moderate choice. "It means the radical Left has won President Biden over yet again," the South Carolina senator wrote.

Senate Minority Leader Mitch McConnell (R-KY) said in a statement, "Senate Republicans believe the Court and the country deserve better than Senate Democrats' routine of baseless smears and shameless distortions. The Senate must conduct a rigorous, exhaustive review of Judge Jackson's nomination as befits a lifetime appointment to our highest Court. This is especially crucial as American families face major crises that connect directly to our legal system, such as skyrocketing violent crime and open borders."

"I voted against confirming Judge Jackson to her current position less than a year ago. Since then, I understand that she has published a total of two opinions, both in the last few weeks, and that one of her prior rulings was just reversed by a unanimous panel of her present colleagues on the D.C. Circuit. I also understand Judge Jackson was the favored choice of far-left dark-money groups that have spent years attacking the legitimacy and structure of the Court itself," McConnell concluded.

Kelly Shackelford, president, CEO, and chief counsel for First Liberty Institute, warned the president has selected "a judicial activist" for the Supreme Court.

"In nominating Ketanji Brown Jackson, President Biden is selecting a judicial activist for the Supreme Court," Shackelford said. "Her record from the beginning of her career shows hostility to religious liberty, free speech, and other constitutional rights. The American people do not want a liberal extremist on the Supreme Court. If confirmed, Judge Jackson's judicial activism will place the constitutional rights of all Americans in jeopardy."

But Texas Republican Sen. John Cornyn, who currently serves on the Senate Judiciary Committee, promised during the confirmation process Judge Jackson would be "given the dignity and respect she deserves" rather than the pattern of mistreatment leveled by Democrats against conservative nominees.

"Ultimately I will be looking to see whether Judge Jackson will uphold the rule of law and call balls and strikes, or if she will legislate from the bench in pursuit of a specific agenda," Cornyn said in a statement. "No matter what, Judge Jackson will be given the dignity and respect she deserves. The American people will see a starkly different process from the treatment of Justice Kavanaugh and other judicial nominees during the previous Administration."