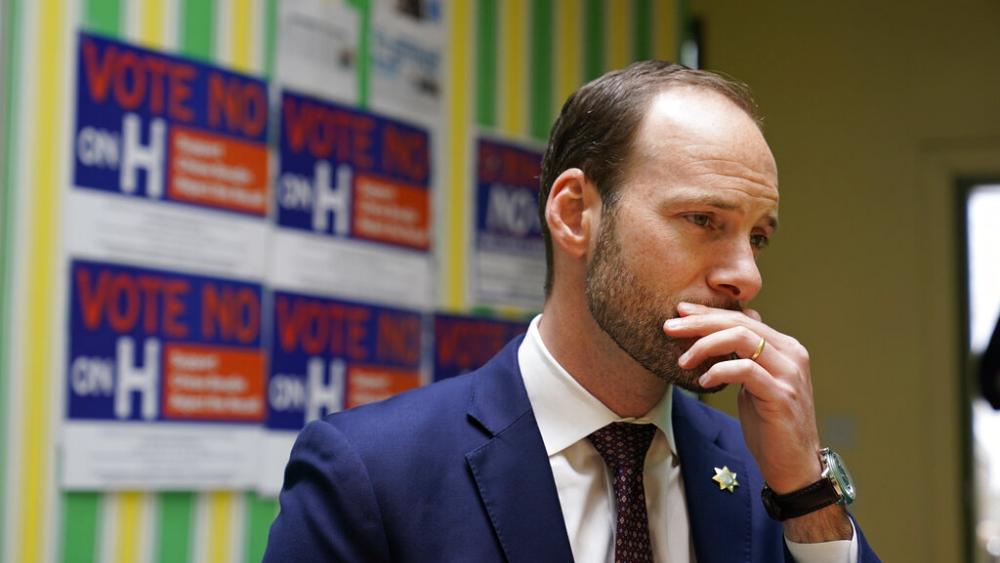 Boudin remained defiant in a speech to supporters, saying his campaign was outspent by “right-wing billionaires.”

He said voters were understandably frustrated by the pandemic and a city government that has failed to deliver on safety, housing and equity.

The 41-year-old was a first-time political candidate who narrowly won office in November 2019 as part of a national wave of progressive prosecutors who pledged to seek alternatives to incarceration, end the racist war on drugs and hold police officers to account.

But his time in office coincided with a frustrating and frightening pandemic in which viral footage of brazen shoplifting and attacks against mostly older Asian American people drove some residents to mount a recall campaign of the former public defender and son of left-wing activists.

Recall proponents said Boudin was ideologically inflexible and inexperienced, often siding with criminals instead of victims.

Political experts say the political newcomer who narrowly won in 2019 was in the crosshairs of outside forces that made him an easy target for public frustration.

Boudin was a baby when his parents, left-wing Weather Underground radicals, served as drivers in a botched 1981 robbery in New York that left two police officers and a security guard dead. They were sentenced to decades in prison.

While campaigning, he spoke of the pain of stepping through metal detectors to hug his parents and vowed to reform a system that tears apart families.

Kathy Boudin was released on parole in 2003 and died of cancer in May. David Gilbert was granted parole in October.

The recall campaign against Boudin was backed by many of the same people who successfully ousted three liberal members of the San Francisco school board in February.