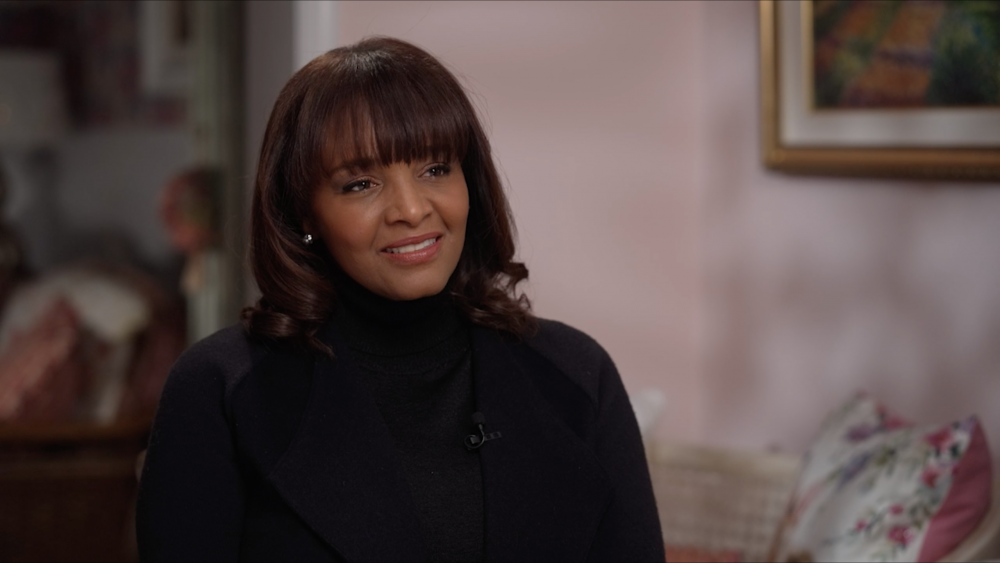 "Everything is on fire in our country and it's not working," she bluntly said at a recent debate.

But behind the direct rhetoric is a deeper story.

"I grew up in a home with no insulation, no running water, an outhouse in the back, and a well on the side," Barnette told CBN News.

While a childhood of poverty is tough enough, Barnette's entry into the world could be considered a miracle.

"I am the byproduct of a rape," Barnette told CBN News while sharing her story through tears.

Barnette will be forever thankful.

"They saw me as someone with value," she said. "I'm so grateful. How simple and yet today, we have murdered over 63 million babies because somehow, we have convinced ourselves that life has no value, that life has no purpose. My life is valuable. My life has purpose."

Barnette didn't find out about this part of her life until joining the military in her late teens. Looking at her birth certificate for the first time, she did the math, asked questions, reached out to her mom, and made peace.

"All of that was blocked out until my daughter brought it to my attention," Kathy's mother Mamie Bullock told CBN News. "I never talked about it. I never wanted them to think about it. I thought I kept it hid from them, but I should have realized they had their birth certificate."

After the reconciliation came another meeting that would change her life forever. Barnette found Jesus after a dream about the Book of Revelation. She heard an audible voice saying, 'go back home' and recalls telling God something specific on the way.

"If You are real and if You can really save my life, and I won't be a hypocrite like some that I've seen growing up as a child, then I want you," she told CBN News.

"I believe it was during that time on that train ride from California to Alabama that I gave my life to the Lord."

It all started to make sense to her.

"I can see how at the age of 19, how He grabbed my hand and He began to show me my purpose and how everything about me is by design. The word of God says that it is Him who decides the day and the time and the place where we will be born."

Barnette became the first in her family to finish college, saw success in the corporate world, and is now running for United States Senator.

As a homeschooling mom of two, she's tired of the indoctrination school kids are under every day.

"We have critical race theory that goes into classrooms and teaches little white kids that because of the color of your skin, you're evil. It is racist and it is wrong."

She makes a habit of calling out Democrats for using black voters to their advantage.

The May Primary is hotly contested in a state that could determine which party controls the Senate. It's a crowded GOP field.

David McCormick has many high-profile endorsements and leads the field. Former talk show host Dr. Mehmet Oz is also in the race and has name recognition.

While Barnette polls in the single digits, she's gained a strong grassroots following. She points out that neither opponent is from Pennsylvania.

Barnette, who's lived in the Keystone State for almost a decade, wants to make sure voters get that message.

"These carpetbaggers have been spending beaucoup millions within the first two weeks of February," she told voters at a meet and greet in Mechanicsburg, PA.

"Oz has already spent $7 million just in the first two weeks. Who does that?"

She pitches herself as a citizen legislator, such as the founders intended.

So how does Barnette define success?

What is she hoping to accomplish, knowing full well she is a true believer in a God of miracles.

"I want to finish this race and hear the Lord say, 'Well done my good and faithful servant,' Barnette said. 'You ran your race that was in front of you.'"

For the voters of her state, she wants an America that gives others the opportunities that she herself got. Her supporters are praying for her to do just that in Pennsylvania.