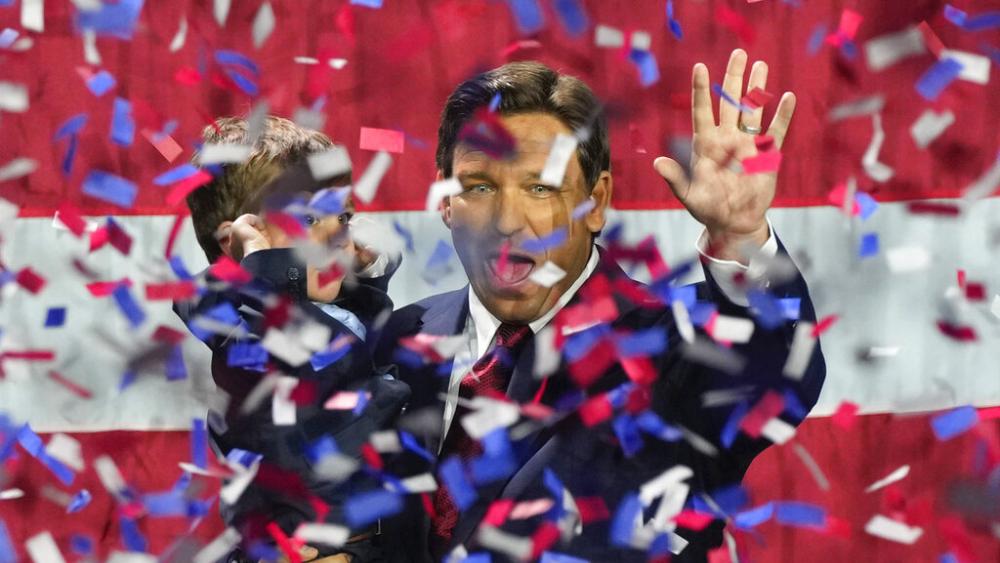 DeSantis’ win continues a rightward shift for what was once the nation’s largest swing state, as voters embraced a governor who reveled in culture war politics and framed his candidacy as a battle against the “woke agenda” of liberals.

In the lead-up to the election, DeSantis harnessed the power of incumbency to assemble media, often on short notice and far outside major markets, for news conferences where he would spend significant time honing critiques of Democratic President Joe Biden, liberal policies and the mainstream media, delivered before cheering crowds.

He gained significant national attention during the start of the coronavirus pandemic through his outspoken opposition to continued lockdowns and to mask and vaccine mandates, and eventually displayed an eagerness to wade into nearly any cultural divide, including immigration, gender, education and more.