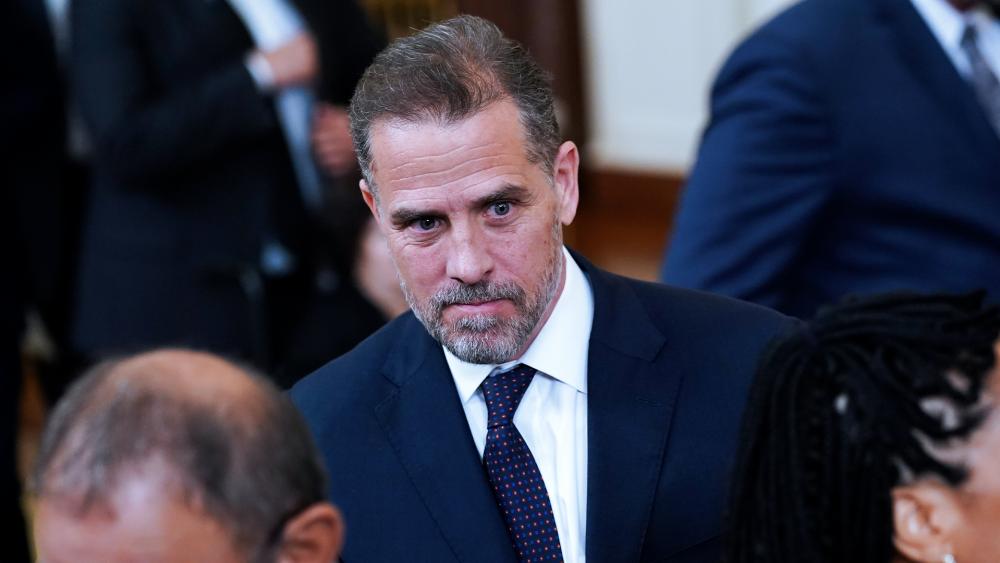 The FBI has been investigating Hunter Biden since 2018 and think there's sufficient evidence to charge him with tax crimes and a false statement related to a gun purchase, the Washington Post revealed.

"As is proper and legally required, we believe the prosecutors, in this case, are diligently and thoroughly weighing not just evidence provided by agents, but also all the other witnesses in this case, including witnesses for the defense," Biden's attorney Chris Clark said in a written statement to the Journal.

As CBN News has reported, the federal investigation of Hunter Biden began in 2018 as a money laundering probe but morphed into a lot more.

It centered around his taxes and his international business dealings, including Hunter Biden's work with the Ukrainian gas company Burisma, as well as his business dealings in China and Kazakhstan.

In 2020, the 52-year-old announced he was under investigation for possible tax fraud.  Reports at the time indicated that the probe stemmed chiefly from $400,000 in unreported income he received in 2017 while sitting on the board of Ukraine natural gas company Burisma. He reportedly netted more than a million dollars in income even though he's not an energy expert.

Biden has denied wrongdoing in his business activities.

"I take this matter very seriously but I am confident that a professional and objective review of these matters will demonstrate that I handled my affairs legally and appropriately, including with the benefit of professional tax advisors," he said in 2020 when he was notified about the investigation.

Federal prosecutors are also considering charging him with falsifying paperwork with a gun purchase.

Federal law prohibits firearms purchases by anyone who uses or is addicted to illegal drugs.

Although Biden has publicly discussed his substance abuse struggles, and some Department of Justice officials have debated whether the open discussions of his past drug use could potentially weaken their case should they bring one, CNN reports.

The decision on whether or not to file charges will be made by the U.S. attorney for Delaware, David Weiss. He's a holdover from the Trump administration and was in office when the investigation began.

Attorney General Merrick Garland, who was appointed by President Biden, has made clear Weiss was in charge of overseeing the case, according to the Post.

Lara Trump said on Fox News that the potential charges against Hunter do not "even begin to scratch the surface."

"As a member of a family who has had countless baseless accusations leveled at us and calls for all of us to be in jail or locked up despite no crimes, of course, it is nice to see that there is some movement towards justice in a way here with Hunter Biden," she said.

"I think for anyone who is hoping to see Hunter maybe in like an orange jumpsuit or in handcuffs, I don't think we're going to get that," she continued. "This doesn't even begin to scratch the surface of the really big problems here with the Biden family."

A former intelligence agent with the Department of Defense says to not "expect anything from this."

The FBI brass operate today as they did under Hoover. They approach justice through the lens of what's politically advantageous.

All others that buck the system = not

Not expecting anything from this. https://t.co/5WNMDAPzVW

Meanwhile, liberal Twitter users are upset this information leaked weeks before the midterms.

"Turns out Twitter was right. Merrick Garland's DOJ was working on something. They were working on Hunter Biden. AND leaking to The Washington Post 30+ days before the mid-terms in complete violation of the so-called DOJ policy," said author Don Winslow.

A decision on whether or not he will be prosecuted is not expected to be made until after the midterm election, CNN reports.

President Biden said he would not interfere with the investigation into his son.