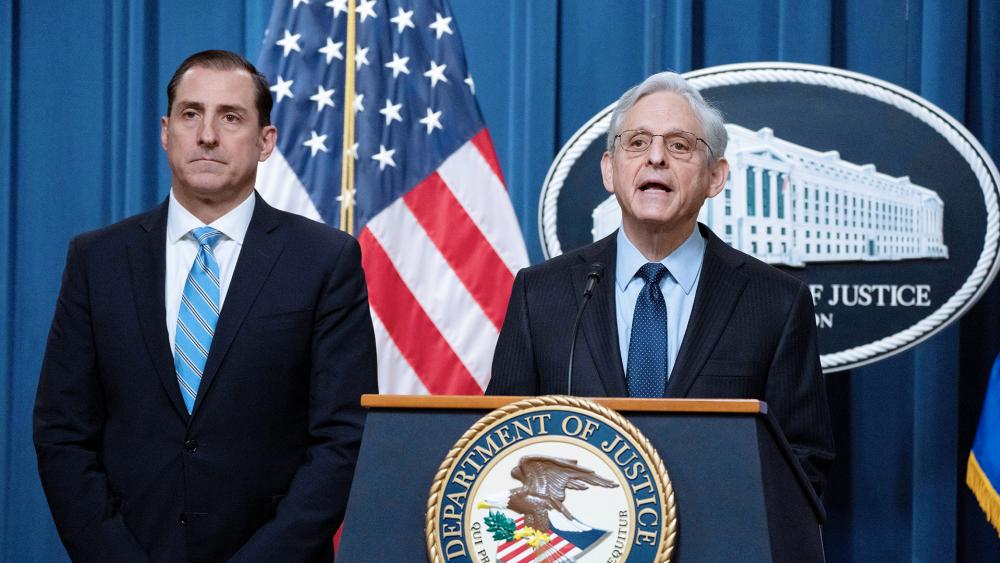 Attorney General Merrick Garland speaks during a news conference at the Department of Justice, Thursday, Jan. 12, 2023, in Washington, as John Lausch, the U.S. Attorney in Chicago, looks on. (AP Photo/Manuel Balce Ceneta)
6318586806112
AG Taps Special Counsel to Investigate New Classified Docs Found in Biden's Garage, Next to His Corvette

U.S. Attorney General Merrick Garland appointed a special counsel on Thursday to investigate the presence of documents with classified markings found at President Joe Biden's home in Wilmington, Delaware, and at his former office in Washington.

The appointment comes after Biden's legal team found another batch of classified documents in another location, in the garage at his home in Wilmington, Delaware.

Robert Hur, the former Trump-appointed U.S. attorney in Maryland, will lead the investigation, taking over from the top Justice Department prosecutor in Chicago, John Lausch, who was earlier assigned by the department to investigate the matter.

Garland took no questions from the press after publicly announcing Hur's appointment.

The Justice Department has spent months looking into the retention by former President Donald Trump of more than 300 documents with classification markings found at his Florida estate.

Though the situations are factually and legally different, the discovery of classified documents at two separate locations tied to Biden — as well as the appointment of a new special counsel — would almost certainly complicate any prosecution that the department might bring against Trump.

That news of the discovery of more classified material being found by Biden's lawyers came after his legal team found the first set of classified documents on Nov. 2 at his former office at the Penn Biden Center in Washington, just days before the midterm elections. That information was withheld from the public until this past Monday.

Biden kept an office at his D.C. center after he left the vice presidency in 2017 until shortly before he launched his Democratic presidential campaign in 2019.

Biden acknowledged on Thursday that a document with classified markings from his time as vice president was found in his "personal library" along with other documents found in his garage.

The president told reporters at the White House that he was "cooperating fully and completely" with a Justice Department investigation into how classified information and government records were stored.

When confronted about the documents during that press conference, Biden indicated he felt the documents were safe in his garage because he keeps it locked since it also houses his corvette.

Doocy: Classified materials next to your corvette, what were you thinking?

Biden: My corvette's in a locked garage. pic.twitter.com/zEapBOvL3P

Richard Sauber, a special counsel to the president, said after the initial documents were found by Biden's personal lawyers, they examined other locations where records might have been shipped after Biden left the vice presidency in 2017.

Sauber said a "small number" of documents with classified markings were found in a storage space in Biden's garage in Wilmington, with one document being located in an adjacent room.

The discovery that additional sensitive documents were uncovered by Biden's attorneys came hours after White House Press Secretary Karine Jean-Pierre dodged questions about Biden's handling of classified information and the West Wing's management of the discovery.

She said the White House was committed to handling the matter in the "right way," pointing to Biden's personal attorneys' immediate notification of the National Archives.

But she refused to say when Biden himself had been briefed, whether there were any more classified documents potentially located at other unauthorized locations, and why the White House waited more than two months to reveal the discovery of the initial batch of documents.

"As my colleagues in the Counsel have stated and said to all of you yesterday, this is an ongoing process under the review of the Department of Justice. So we are going to be limited on what we can say here," Jean-Pierre said.

In comparing the Trump documents with the Biden documents, some political experts have pointed out that a president has the power to declassify documents, while a vice president does not.

This point was brought up by House Speaker Kevin McCarthy (R-CA), while answering a question during a news conference Thursday morning. He noted that the Justice Department actually had been informed that Trump was keeping the documents locked up, and then he referred to that other key difference between Biden and Trump.

Curtis Houck, the managing editor of the Media Research Center's Newsbusters, tweeted: "@SpeakerMcCarthy to CBS's AdrianaDiaz: "No, b/c from one stand point, they knew the documents were there. They actually asked President Trump to put another lock on so they were locked. You look at President Biden, he wasn't President. He was Vice President."

.@SpeakerMcCarthy to CBS's @AdrianaDiaz: "No, b/c from one stand point, they knew the documents were there. They actually asked President Trump to put another lock on so they were locked. You look at President Biden, he wasn't President. He was Vice President." pic.twitter.com/37pqcV1zCn

"I think Congress has to investigate this," McCarthy said.

"Here's an individual that sat on '60 Minutes' that was so concerned about President Trump's documents locked in behind, and now we find that this is a vice president keeping it for years out in the open in different locations," he noted.

The top Republican on the House Intelligence Committee has requested that intelligence agencies conduct a "damage assessment" of potentially classified documents. Ohio Rep. Mike Turner on Thursday also requested briefings from Attorney General Garland and the director of national intelligence, Avril Haines, on their reviews by Jan. 26.

In an op-ed published Thursday in The New York Post, Jonathan Turley, a law professor at Georgetown University, noted Biden "is feigning ignorance, simply saying he was 'surprised' the documents were there."

"By not discussing the content of the documents, Biden minimizes his vulnerability to charges of obstruction or false statements. He can simply declare 'surprise,' knowing that many in the media will welcome his silence as they spin the scandal," he wrote.

Turley says there are some clear answers as to why the documents were in Biden's office, but they lead to more questions.

"There are some obvious explanations for the documents being present in the office, particularly given Biden's work on a book that discussed his work in some of the referenced countries like Ukraine. However, even that explanation raises more questions. For example, Biden left office as vice president in 2017 and had an office at the University of Pennsylvania in Philadelphia after finishing his term, until 2019. On February 8, 2018, the Biden Center for Diplomacy and Global Engagement says, it opened its doors in Washington, DC," the Georgetown law professor continued.

"So if these documents were removed when Biden left office, where were they in the prior year, and were they moved repeatedly before they ended up in the Washington office? This does not appear to be a 'one-and-done' mistake. Rather documents may have been at various locations over a five-year period," Turley wrote.

"None of this could be clarified with Biden simply expressing 'surprise,'" he explained.

"Consider that Biden notably did not categorically deny asking for the documents to be taken at the end of this term as vice president," Turley pointed out.

"He also did not explain when he was briefed after they were found," the Georgetown law professor wrote. 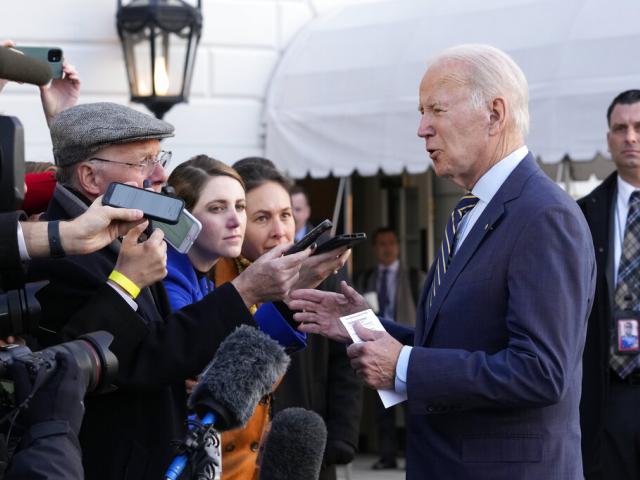 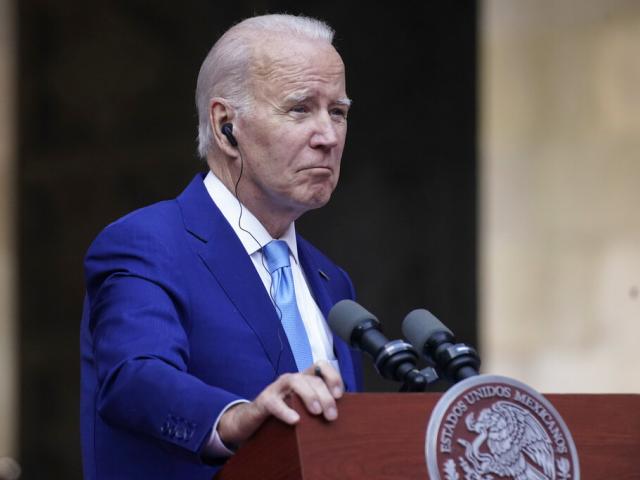