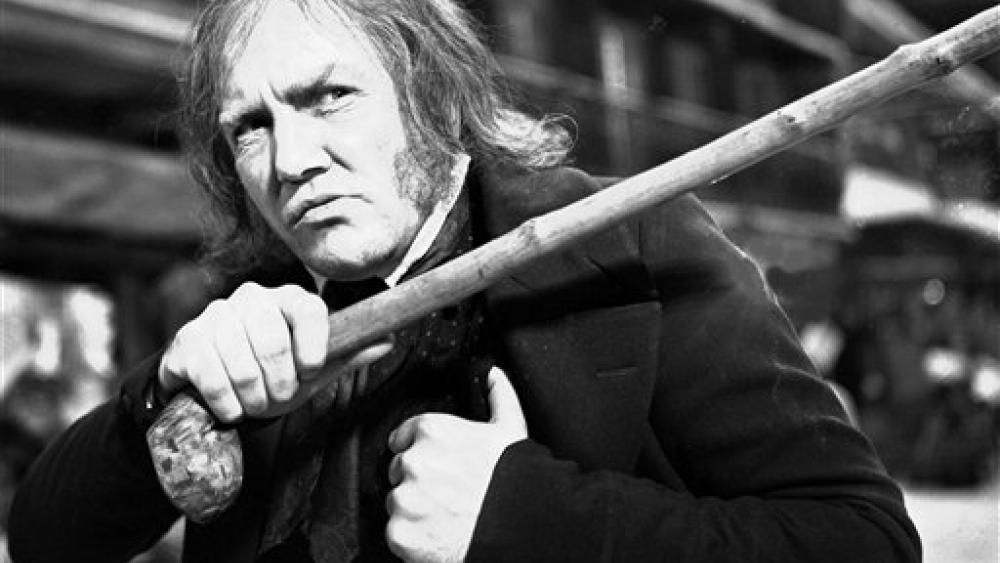 This Jan. 15, 1970 photo shows British actor Albert Finney playing the title role in the film "Scrooge". The film is a musical based on the Charles Dickens book "A Christmas Carol". (AP Photo/Bob Dear, FILE)

AKRON, Ohio -- A holiday tradition for many families is to watch or read Charles Dickens' A Christmas Carol. But who exactly was the man who brought us memorable characters like Scrooge and Tiny Tim?

The work of Dickens is still studied today, but few people know about his faith.

Scholar and author Dr. Gary Colledge has studied the legendary 19th century English writer extensively. The Akron, Ohio, native even studied in the United Kingdom, earning a Ph.D. at the prestigious University of St. Andrews for his work on the faith of Dickens.

During his research, Colledge discovered that Dickens was a Christian, and his faith in Jesus Christ surfaces throughout his works in the themes and characters.

Colledge read a letter from Dickens to one of his critics:

"'All my strongest illustrations are derived from the New Testament. All my social abuses are shown as departures from its Spirit. All my good people are humble, charitable, faithful, forgiving, over and over again. I claim them in expressed words as disciples of the Founder of our religion.'"

For example, in A Christmas Carol, Colledge says Marley's warning to Scrooge about what it means to truly live life reflects the importance of imitating Christ.

"The taking care of humanity, the thinking about my fellow man, doing unto others as I'd have them do unto me," Colledge explained. "For Dickens, the Golden Rule was absolutely crucial."

Colledge believes the most definitive evidence for the Christian faith of Charles Dickens is a little-known work, written during the height of his career over a period of three years for his children. It's simply titled, The Life of Our Lord.

"Critics are right; it's not a fantastic piece of literature, but it shines a bright light on Dickens' faith because he is the sole editor of this thing," Colledge said.

Colledge calls The Life of Our Lord a Gospel Harmony, where the author interweaves the four Gospels into a single narrative. In this case, Dickens summarized the life of Christ for the next generation -- his children.

"My dear children, I'm very anxious that you should know something about the history of Jesus Christ, for everybody ought to know about Him," Dickens wrote at the beginning of the work.

Gospel Harmonies were very important in the 19th century. A Christian family at that time would have had at least two books in their home -- the Bible and a Gospel Harmony.

"The spiritual formation of his children is nothing that Dickens would leave to someone else," Colledge noted. "He just wouldn't have done that, so this would have been a very important tool in Dickens' family for religious instruction -- instruction in Christian thinking."

Colledge said very few people know about this part of Dickens' work or his Christian faith. Literary critics dismissed his religion as unimportant and superficial, and educators followed suit.

Even Colledge found himself criticized when presenting his dissertation at St. Andrews.

"That I would be so audacious as to suggest that this icon of British literature was somehow a man of faith," Colledge explained. "I don't know how to explain that hostility other than people like darkness better than light."

Over the years, it hasn't always been negative. A handful of literary scholars have discussed the faith of Dickens.

Colledge said he believes God wanted him to write a book that shined the light much brighter on the Christian beliefs of one of the greatest writers in history.

It's titled, God and Charles Dickens: Recovering the Christian Voice of a Classic Author. The book was released in 2012, which was the 200th anniversary of Dickens' birth.

"All of that was providential and guided by our Lord," Colledge said. "It was actually rather easy to get a publisher, and that's not always true. It's just a good feeling when you know the Spirit of God is involved, and this is not your project."

He dedicated the book to his grandchildren, writing, "May you each find joy, as did Dickens, in our Savior."

**This story has become a Christmas classic at CBNNews.com. It was first published in 2012.