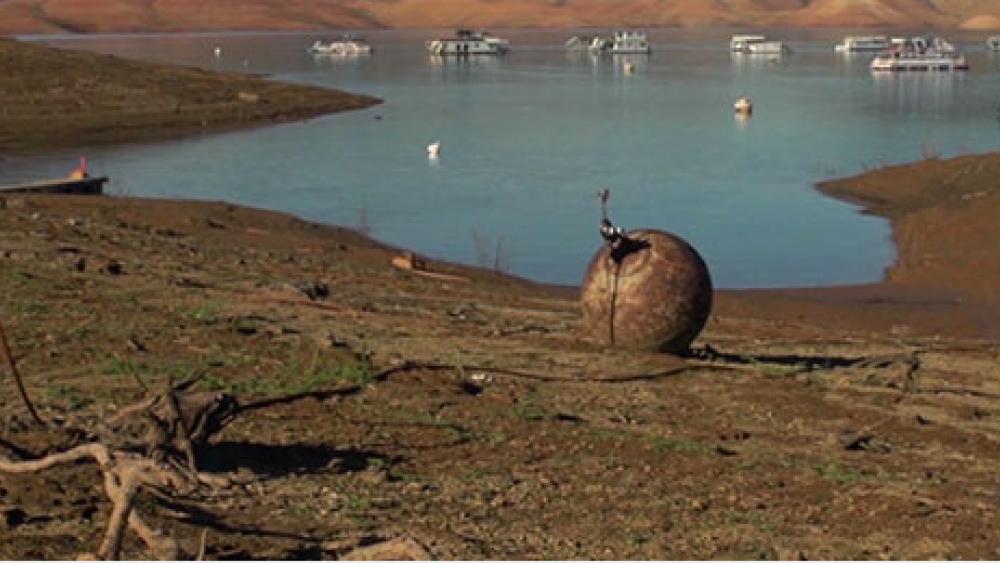 SACRAMENTO, Calif. -- California has been dealing with the driest weather in that state's history. The record-breaking drought has led to extremely low water levels, hurting agriculture and other aspects of the economy and creating a political firestorm.

"This is definitely the worst drought I've experienced," he shared. "There was a bad one back in '77-'78, but it was nothing like this one."

During a normal year, Stevenson and his staff farm 1,200 acres of permanent crops. However, because of the drought, over the last two years he says they've had to push out one-third of those crops, in some cases cutting them down in their prime.

Four generations of the Stevenson family have farmed the land. The brutal weather has affected more than just the crops.

"We're farming less ground; we don't need as many people," Stevenson said. "This last spring, I let about almost half of our guys go, and these are guys that in some cases have worked with our family almost 40 years, over 40 years."

Now a shuttle must get visitors and boat owners to the Bidwell Canyon Marina.

"Normally, I just walk to it from the parking lot of the marina, but it's so low now, the marina's disconnected. So I had to pick up a shuttle here, take it around to the slips where the boat is, which is, I've been up here 25 years, and this is the first time this has ever happened," boat owner Jack Maurer said.

Marina supervisor Ben Johnson told us how tough it's been for business.

"When it gets low like this, there's a lot of people that don't want to come out," Johnson said. "It looks bad; it's scarred up; it's dirty, muddy. I mean we still got a lot of water to play in; out in the main body, there's still water. Everybody thinks, 'There's no lake.' Well, it's still here, but it's definitely been a difficult year economically and just physically trying to deal with these boats."

Johnson says he's moved more than 200 boats this year to safe spots because of the falling water level. He doesn't want them to get stuck in the mud.

The water level of Lake Oroville is down 240 feet because of the drought. That's equivalent to a 24-story building. In fact, it's just 15 feet from the lowest point it's ever been back in 1977.

This year is California's third consecutive year of drought. Climate data shows the 36 months ending in October were the driest three years in California history.

"There are communities that are out of potable drinking water that have no drinking water supply. And so part of the state's response has been to provide immediate relief and make sure that water is secured for health and human safety," Bisnett said.

Water for Fish or People?

So what's behind the extremely low water levels?

He took CBN News to Millerton Lake near Fresno, which like Lake Oroville, has taken quite a hit. We talked in an area normally under water.

"There is a political reality that's going on here. There is a fight over water that the more extremist environmentalists would like to take for fish, and as a result that taking reduces water that is available for farms and people," Patterson said. "So we're in a wrestling match over water policy in the state as well."

Bisnett says on the state level, it's a balancing act.

"There's an intense amount of coordination to balance those needs across the state, be it ecological, be it agricultural, municipal, industrial," she said. "It's something that we try to insure that we can provide supply for all of those things."

Farmers are frustrated with the government.

Stevenson believes the Endangered Species Act needs to be set aside during the drought emergency so he and others can survive.

"The problem is that there's no more balance as far as weighing the needs of fish against the need of food and farmers and jobs and whole communities in the Central Valley," he said.

In the meantime, while the sun bears down, this farmer refuses to give up and prays for rain and sound government policy in Washington and Sacramento.