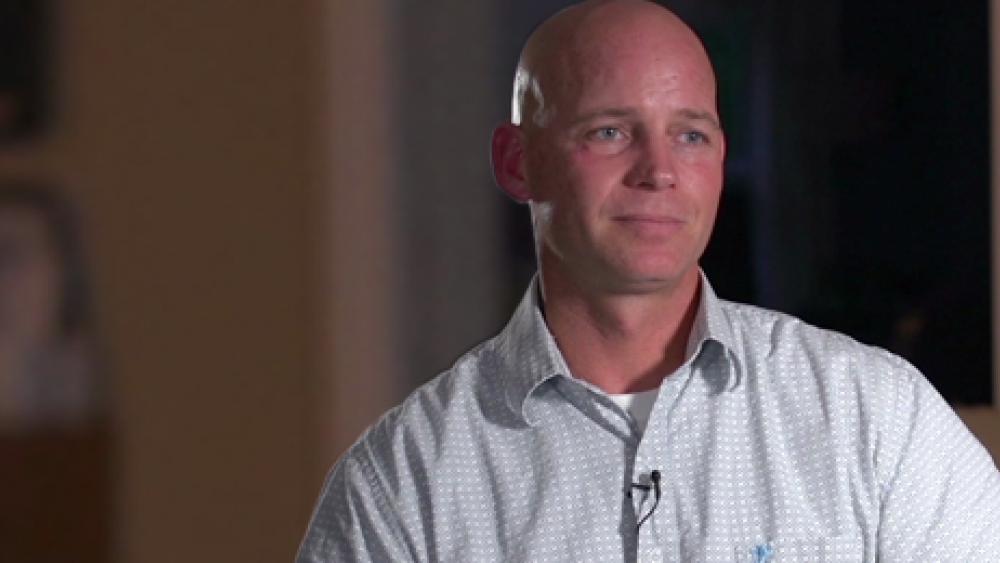 VIRGINIA BEACH, Va. - Navy SEAL Sr. Chief Mike Day had never been shot before, but that changed dramatically one night in April 2007.

"This body armor took more rounds than it was supposed to," explained Day, who is now retired.

Body armor capable of handling only one round took multiple hits at close range and amazingly held together.

"They advertise that it can take one round, and then it falls apart to the point where they say that it's not supposed to stop anymore projectiles. And this whole gunfight was inside of 10 feet," Day elaborated to CBN News.

He said any one of the rounds should have killed him.

"Just another sign that I shouldn't have survived it," Day said.

'God Get Me Home'

That's just one part of the miracle. On the night of April 6, 2007, in Iraq's Anbar Province, Day's team of Navy SEALs and Iraqi scouts were on the hunt for a high-level al Qaeda cell.

Day said the terrorists had shot down two helicopters, killing everyone on board.

Being the first one to enter a 12x12 room where four al Qaeda leaders waited to strike proved to be almost deadly for Day.

"Upon entering that doorway, they all just opened up on me. It felt like somebody was just beating me up with sledgehammers," Day said.

"After I'd figured out I was getting shot I said, 'God, get me home to my girls.' That was my first prayer to God, real prayer, and He answered it," he added, fighting back tears.

It was a prayer to be reunited with his wife and daughters.

When the gunfight was over, Mike Day took out all four terrorists in the room, but not before being shot 27 times and hit with grenade shrapnel.

"People hear about my story and they can't believe it. I was there and I can't believe it," Day said. "I got shot 27 times -- 16 in the body and 11 times in my body armor. I was shot in both legs, both arms, my abdomen. You throw a finger on me, anything but my head, I got shot there."

"I've kind of speculated the reason I didn't die is because maybe I wouldn't have gone to Heaven," he shared.

Miraculously, he cleared the rest of the house before walking on his own to the helicopter, which flew him to safety.

His bravery in battle did not go unnoticed. Day is a highly decorated veteran. He's been awarded 16 medals over the years, including the Silver Star, the Bronze Star, and the Purple Heart.

While in the hospital, the Navy SEAL lost 55 pounds in two weeks. He said it took around two years to physically recover from his injuries, although he still deals with constant pain.

In addition, like so many veterans, doctors diagnosed Day with Post Traumatic Stress Disorder and Traumatic Brain Injury -- the invisible wounds of war.

"I think the worst injuries I've seen are the ones that you really can't see," Day said. "If a guy loses a leg, he just wakes up in the morning and he's got an extra step. He throws his prosthetic on, and he just kicks around just like nothing happened."

"But the brain injuries that I see -- you lose a leg, you lose a leg; it's a limb -- you smash that brain around a little bit, and who you are changes," he added.

Day is determined to not have a victim mentality, however. That has launched him on a journey of giving back.

Journey of Giving Back

The retired Navy SEAL is now a full-time wounded warrior advocate for the Special Operations Command.

"My job is to improve their situation. Whether it's making sure they get all their benefits, make sure they get the best medical care, I just advocate for them," he shared.

"It's like $1,500 a day, this place. A lot of people can't afford that, especially without insurance," Day explained. "And Carrick's a great group of people; they're going to usher in a new world of medicine with the brain, along with a lot of these other brain treatment centers."

Day is definitely not one to take the easy way out. For the fundraiser, he's taking part in a half Ironman triathlon. That's more than 70 miles of swimming, biking, and running.

His goal is to raise $75,000 to send wounded brothers and sisters -- both military and civilian -- to the Carrick Brain Centers.

Day believes God kept him alive to do what he's doing now.

And so a life of service continues from a man who is a walking -- more like a swimming, biking and running -- miracle.

This story was originally published on April 25, 2016.