'War Room' a Call to Do Battle on Your Knees 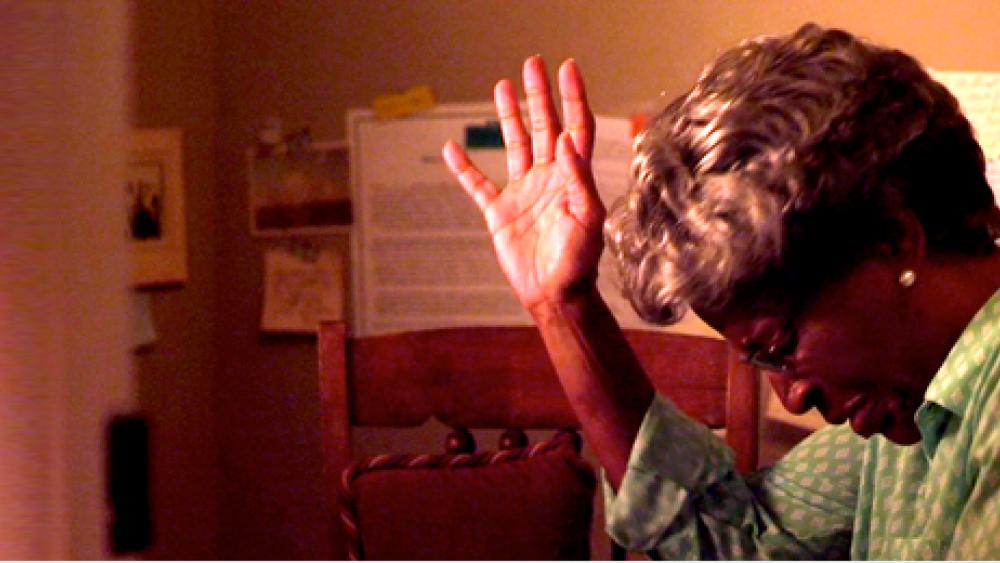 DALLAS -- "War Room," the latest faith-based film from brothers Alex and Stephen Kendrick, follows the turbulent marriage of a middle class couple and highlights the difference that prayer can make.

Having never acted in a movie before, she said she was surprised when she was asked to play the role.

In the film, the Jordan's rocky marriage constantly reaches the boiling point.

Shirer, daughter of well-known pastor Tony Evans, worked with the Kendricks on their blockbuster film "Courageous," writing the resolution for women from the film.

"When we were going into 'War Room,' we were thinking we would love to have someone like Priscilla Shirer who would play this role," Stephen Kendrick said. "So we were writing scenes with her in mind, thinking what would Priscilla do in this situation."

Actor T.C. Stallings plays Shirer's husband, a successful pharmaceutical rep. As a former player with the Arena Football League, he told CBN News he related to his character's struggle with pride and putting God first, a problem he believes a lot of men face.

"I said, 'Lord, there's some things about Tony Jordan that I actually experienced,'" he said. "Football was god for me."

"It provided the fame, the notoriety, the finances, so I put everything into it. Tony Jordan does the same thing," he explained.

In the 'War Room'

Using the analogy of military strategy, "War Room" expounds on what happens when the main character Elizabeth learns the key to praying in her closet.

"In the Christian walk we often try to figure it out on our own, get in over our heads, then run to God in our war room, our prayer closet if you will, and say, 'God, what are you doing?'" Director Alex Kendrick explained.

"And so we use that parallel in the movie to say that we are supposed to go to the Lord first," he said.

Popular speaker and author Beth Moore makes a cameo appearance in the film. She agrees that some people underestimate the power of prayer.

"What happens is that people give up," she said. "Anybody that doesn't believe in the power of prayer quits too soon."

Actress Karen Abercrombie plays Miss Clara, an elderly woman who enlists Elizabeth's help in selling her home while encouraging her to fight for her family, on her knees.

"Miss Clara is a 77-year-old widow and she is a prayer warrior and she's funny, she's kind, and she is super passionate about the Lord," Abercrombie said.

"For Elizabeth it's kind of slow and steady," Shirer explained. "She has to keep meeting with Miss Clara because she has to help her sell her house. But she's kind of like, 'Alright, stop asking me personal questions about my relationship with the Lord.'"

More than a Movie

Many say "War Room" is more than just a movie. For the Kendricks it's their first independent project apart from their church Sherwood Baptist.

They also say it's a call for Christians to seek the Lord for the answers to the problems in their lives, in our nation, and the culture.

"We pray that people will watch this film and that they will, yes, feel the tension, and the drama, laugh with us, cry at certain point," Alex Kendrick said. "But by the end be inspired and reminded about the powerful weapon that prayer can be to fight the right enemy, the right way and that they'll want to go home and say I have to amp up my prayer life."

Cast members said they learned more than just lines from this project.

"I will say that I have become more strategic," Shirer said. "It reminds you every day to be diligent about what your prayer life is."

Abercrombie testified to the power of powerful prayer in her and family.

"I've seen family members come to the Lord after some serious prayer and so I was able to pull on those things when I went into that prayer closet," she said.

Moviegoers who watched the premiere of "War Room" have given it rave reviews.

"The characters brought to life what so many of us can relate to in our lives and our own world and it gives hope," moviegoer Suzanne Trahan said.

"It gives an answer to all the difficulty we all struggle with--for such a time as this," she added.

Matt Jacobs of Dallas also said he thought it was excellent.

"I found myself crying a lot throughout this movie," he admitted.

You can watch "War Room" for yourself when it hits theaters on August 28.