Mariam Ibraheem: 'I Never Asked God Why Me?' 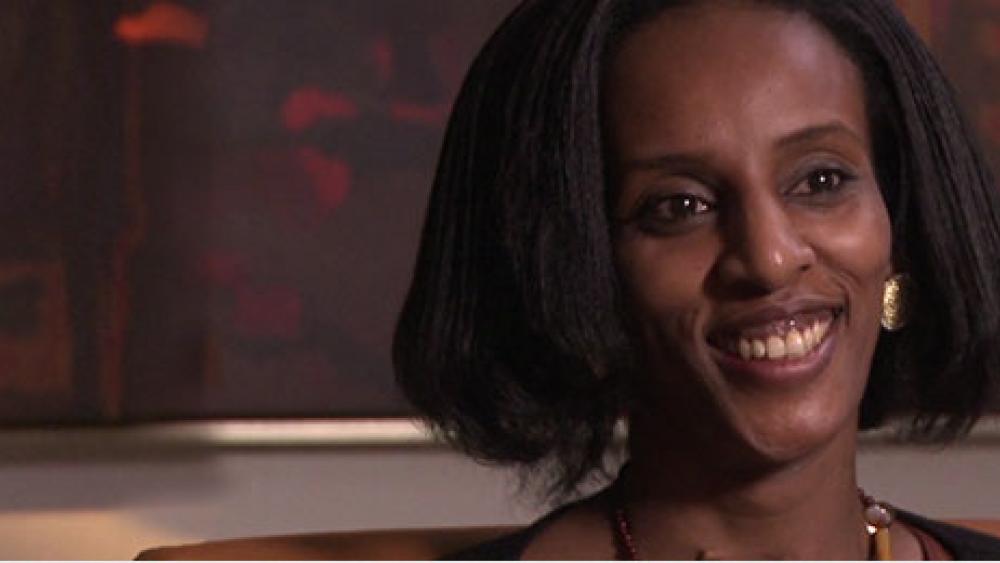 NASHVILLE, Tenn. -- A year has passed since a Sudanese court lifted the death sentence and spared the life of Mariam Ibraheem. The young, then-pregnant wife and mother was accused of abandoning Islam for Christianity.

She spent months chained to a prison floor with her 1-year-old son by her side. Ibraheem even gave birth to a daughter inside the jail cell a month before her release.

Her sentence called for her to be flogged and hanged for being a Christian in the largely Muslim country and for marrying a Christian.

'I Was Not Afraid'

Ibraheem sat down exclusively with CBN News to share her experience and to mark the anniversary of her release. The court ruling that set her free came June 23, 2014.

She told CBN News she did not fear while in prison for those five months.

Ibraheem's quiet courage is palpable in her in presence. She credits God, her husband, and her children for her bravery.

She had concerns for her children's survival during her time in prison. Martin is her son and her newborn daughter is Maya.

Looking back, Mariam is pleased to share, "My children are doing okay. Their health status is okay. As for Maya, I am a bit worried about her health in the future due to her being born in prison."

Ibraheem and her children survived harsh conditions before being reunited with her husband, Daniel Wani, and relocating to his home in New Hampshire.

Wani is an American citizen and a Christian. He married Ibraheem, whose father is Muslim and mother is a Christian. It was Ibraheem's mother who introduced her to a relationship with Jesus Christ.

She still contemplates her time in prison and finds ways to check on those she left behind who are still facing unjust sentences.

"What I saw in prison, nothing is fair," Ibraheem told CBN News. "Even if you have a small crime, they will give you big sentences for it, which is not worth it. I feel like it is not fair at all."

"There are a lot of Christian women who are in prison there, so they get sentences as if they are Muslims. And that is not fair," she said.

Some of those sentences amount to death, and innocent children often die.

"It happens. It happens a lot -- especially the children, who are there with their mothers," Ibraheem told CBN News.

"They are not intentionally killing them," she added. "But the situation and the difficulties in prison are killing them. For example, sickness and not[being in] good health [and] lack of clean food."

Telling Her Own Story

Ibraheem has many painful memories of her time in prison and she hopes to shine a light on them in a book and as she travels the world to speak.

"My story is very long. All the things that you guys saw on the media was just the last-minute things," she said.

Ibraheem and her husband are also fighting to tell their story on their own terms.

Producers only stopped plans for a movie after the couple publicly announced their opposition to it. And an Italian journalist wrote a book about Ibraheem without her input or support.

Her true story is one that only she can tell, and what you will never find in that narrative is one complaint or call for sympathy.

"I never asked God, 'Why me?' But I accept it, the fact that it was a test from God," she told CBN News.

"Being in prison strengthened my faith even more and more and I am sure, deep inside, that the other side -- the Islamic [world] -- are not happy with what I did," she added.

Ibraheem's bold stand is bringing her honor in America. This past summer she earned the President's Award from the National Religious Broadcasters organization.

She has also been invited to share her story with audiences in Europe.

Still, with all the publicity and honor she is receiving, there are many things her family still needs. Her husband is confined to a wheelchair, and they have been struggling to find the money to purchase a van and have it outfitted for him to use.

"The most thing that my family needs is for my husband to get employed and for myself to get my paperwork done in order for me to help my husband as well," Ibraheem noted.

"Everyone dreams to live happy, to live in peace and in good health," she continued. "That's all I ask for and that is what I want for my family."

She also has hopes for her native Sudan, which continues to be plagued with the troubles of poverty, violence, and religious persecution. She would be honored to return there to serve.

"I would hope to do that one day," Ibraheem said. "I will do God's will, if He has a job for me there. And I always dreamed of helping others in Sudan."

"And I would hope for God to bring that to pass," she said. "All I can do is help others, just like I was helped."