Same-Sex Ministry in an Age of Gay Marriage 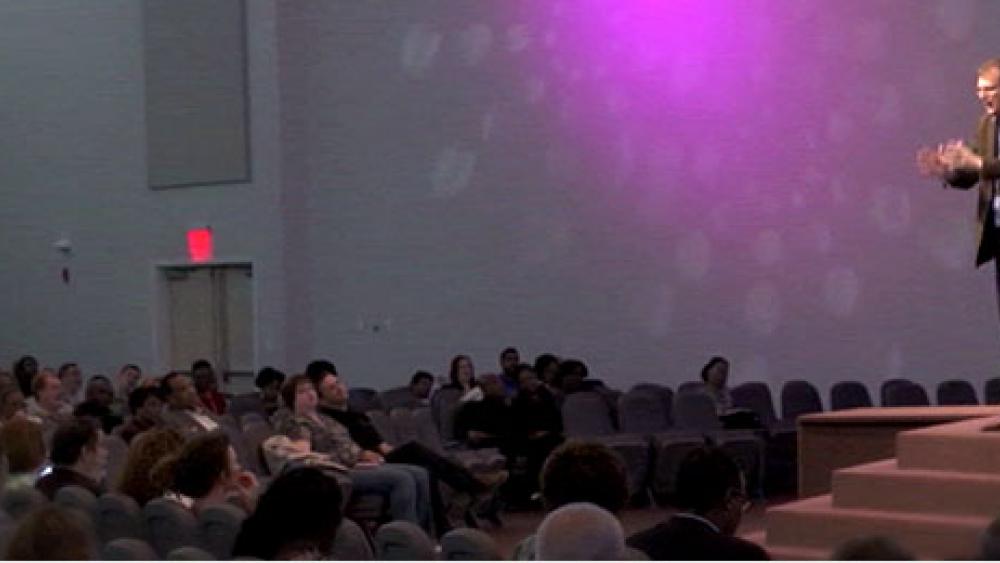 VIRGINIA BEACH, Va. -- Since the Supreme Court's ruling on gay marriage, many churches are re-thinking their ministry to those with same-sex attraction.

What they're finding is it's not enough to merely support biblical views on sexuality. They must also develop practical ways to minister to those in the midst of long-term battles around sexuality and orientation.

Cynthia Austin says her struggle with same-sex attraction began in 6th grade. The feelings, she says, caught her by surprise as she had accepted Christ and attended church regularly.

"It was very confusing when these feelings started happening and I was like, 'Wait a minute. I love the Lord; this shouldn't be happening,'" she told CBN News.

She kept her thoughts to herself.

"I was afraid to tell anybody because in the Christian circles, I had heard people say, 'Those people are sick.' And I was a little girl struggling with those feelings," she explained.

The desires, unfortunately, did not go away.

"Lots of tears were shed, asking the Lord to take this away from me," she said. "As I got older, they, the feelings, got stronger."

Sexuality and the Church

Across the country church leaders are waking up to the reality that millions struggle with feelings like Austin's.

This awakening has many leaders asking for help. Southern Baptists say they receive the most requests for resources on sexuality and racial reconciliation right now, compared to any other issue.

What many pastors realize is that fresh approaches are needed to work through this cultural flashpoint.

Pastor Dan Backens leads New Life Church in Virginia Beach, which has grappled with the issue for years.

"I think we're in a prophetic moment. The strategy of the church in 1950 does not work today," he told CBN News. "We're not in Mayberry, and walking around with placards screaming on a television program, talking over each other on a news program -- those days are gone."

"We have to have a strategy, a prophetic strategy as a Church that listens," he said. "And we lead with love and then follow with the law."

"If a church isn't asking those questions, it means the church is not on mission in its community," he told CBN News.

Moore said a good starting point is to not segregate those dealing with sexual sin or look down on their struggle.

"'It didn't take as much Gospel to save me as it did to save you,'" he added. "That's just not wrong-headed. It's blasphemy."

Sharman Bradshaw would know. Ten years ago her son wrote her a letter telling her that he was gay. In addition to working through her own sorrow and confusion, she felt shamed at times by fellow believers.

"You know, sin is sin. God doesn't see it as different. But somehow, there is this feeling that this is like the worst, the most awful," Bradshaw said.

Bradshaw now leads a support group for parents of gay children at her church. It's part of a growing recognition that the body of Christ can help those struggling, as well as their families.

For Austin as an adult, the church eventually became her lifeline.

She said her small group members shared their struggles and showed respect for hers.

Creating hope and a vision for that better way is key, Moore says. For many gays, there's no guarantee that their sexual feelings will go away so the question becomes how to pursue Christ in the midst of their battle.

"I think the most important question that any of us have to answer in our churches is what vision of the future are we giving to that gay or lesbian or transgender person who comes into the church and says, 'I really want to live in submission to Jesus. I want to repent of my sin. But what does it look like for me to follow Jesus? What is my future?" Moore said.

Church leaders must also face questions such as what does it mean to respect those who identify as gay or same-sex attracted? Can they teach or become church leaders? What about those already in gay marriages?

Backens begins with a simple answer -- do well in loving them.

That way has made all the difference for Austin, and church leaders hope it will for many others with similar journeys.

"I am not the same person. I cannot explain the difference," Austin said of her life today. "I -- my anger, my rage -- it is like night and day. I, my identity is not in who I am with and who I love here. My identity is in Jesus Christ. My identity is what He has done for me."