When 'Just Do Your Job' Means Violating Your Conscience 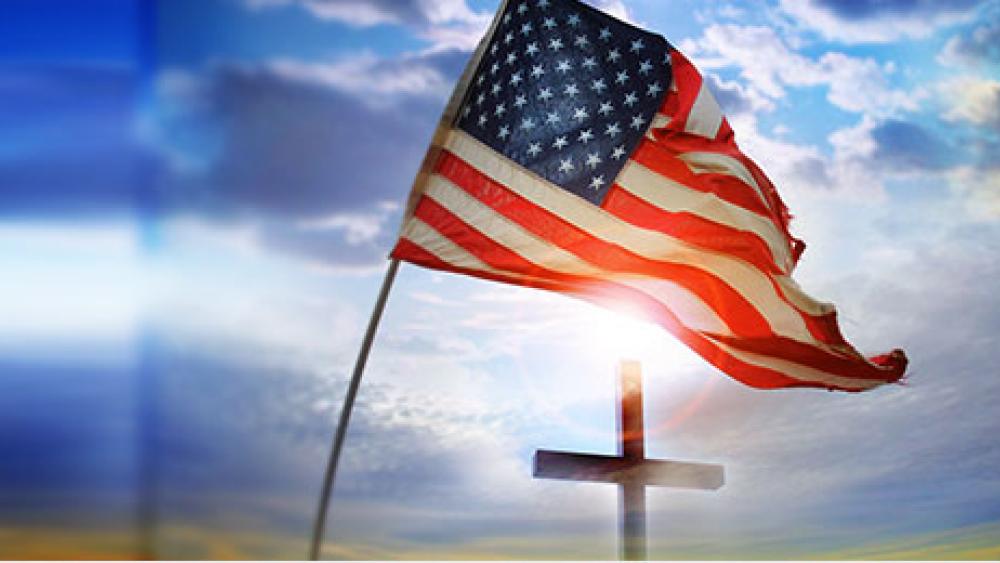 PHILADELPHIA -- We live in a new and frightening era when many religious believers are being told "doing their job" takes priority over their conscience.

This has many believers wondering what happened to their First Amendment right to freedom of religion.

One thing Rowan County, Kentucky Clerk Kim Davis has heard over and over during her refusal to issue gay marriage licenses is "just do your job."

Alliance Defending Freedom attorney Matt Bowman said that's part of a strategy by progressives to redefine jobs in order to support their agenda.

Forcing You to Help

"The Left is not content that abortion or same-sex weddings or assisted suicide even be legal. They want to force you to help," Bowman told CBN News. "And if you won't help, you won't be able to earn a living for your family because your job has been redefined to include these things."

In an article entitled "Abortion, Suicide, and Same-Sex Weddings Are Now Your Job" at Federalist.com, Bowman points out how the government forces many employers to cover costs for abortion-causing contraceptives.

He told CBN News California has a radical mandate that takes it even further.

"Churches themselves along with everybody else have to cover late-term, elective, surgical abortions in their health insurance plan," he said of this mandate. "There are no exceptions for anybody."

He added Vermont requires doctors to tell some patients they can assist them in committing suicide.

"The state of Vermont is telling the doctors there, 'If you have a patient who has cancer or is very sick and is coming to you, you have to tell them that one of the options for treating them is for the doctor to help kill them,'" Bowman explained.

"This is a serious problem because a lot of patients don't want to go to a doctor who considers it a legitimate option to kill them," he said.

Christian clerks, bakers, and florists have paid the legal price for not doing their jobs as the politically correct deem necessary.

"These are all situations where the government has become weaponized on the movement of abortion and assisted suicide and gay marriage to force people, to coerce them, to punish them, to take away their licenses, to tell them they can't be in business, maybe even to send them to jail," Bowman said.

"You know, there's a lot at stake here," Kim Davis recently told CBN News' David Brody.Davis went to jail rather than issue same-sex marriage licenses in her name because she sees it as a spiritual struggle for the soul of the nation.

"This is not a war with flesh and blood," Davis stated. "It's a war with principalities. It's a spiritual warfare."

Scalps on the Wall

"They never were really interested in the licenses in the first place. They're interested in Kim Davis' scalp on a wall," her attorney Mat Staver, with the Liberty Counsel, said of Davis' foes.

Staver pointed out these legal crackdowns on Davis and others are really about forcing submission.

"Even though there are other alternatives out there - there are other bakers; there are other florists - they want the person who has the deeply held religious conviction to participate in a ceremony that celebrates something that is contrary to God's Word," Staver said.

CBN News met with family law professor Robin Fretwell Wilson to talk about these challenges to religious liberty outside an exhibit on the subject currently at the National Constitution Center in Philadelphia.

This University of Illinois professor thinks religious believers who refuse to compromise will continue to lose in the courts. She used Davis as an example of someone who maybe should lose there since she was defying the U.S. Supreme Court's ruling that made gay marriage legal nationwide.

Respectings Rights on Either Side

"That means the lesbian and gay community has the right to marry," Fretwell Wilson explained. "And they cannot be blocked by the actions of a single person."

"No person can be the chokepoint on the path to marriage and deny other people their rights," she said.

What Fretwell Wilson argues is that if people of faith want their religious rights respected, those on the other side are going to have to feel their rights are respected, too.

"Kim Davis - can she shut down the marriage function for the entire part of Kentucky where she lives - which by the way is like 30 to 50 miles to the next clerk's office? The answer to that absolutely has to be no," Fretwell Wilson said.

"And we might not like what the Court did, but the Court spoke very clearly to this issue," she added. "And once it spoke - 'these folks get to marry' - that means that office has to make sure that they have access to it."

But Fretwell Wilson hopes there will also be attempts at compromise and civility all around.

Speaking of folks like Davis, the family law professor said, "At the same time, it's incumbent upon us to be kind to people who find themselves in a great moment of social change."

"How do we allow those people to live out their faith commitments and to do their jobs? Does Kim Davis have to be the one that hands the piece of paper to somebody? Absolutely 'no.' We can staff around her," she said.

Davis had indeed asked for something similar, telling CBN News, "There are accommodations that could be made very easily."

"It wasn't like I was asking them to give me the moon or anything," she added.

Back at the National Constitution Center, Fretwell Wilson praised a compromise in Utah where Mormons and LGBT groups sat down together with the express purpose of trying to protect everyone's rights in the state.

"That project of advancing their rights gives us an opportunity to sit down as a community and say, 'How can we live together in peace? How can we have more elbow room in a state that feels like it's crushing in on us?'" she said.

And crushing is exactly what's happening to Washington florist Barronelle Stutzman, who refused to furnish the flowers for a gay wedding. A legal defeat will cost her everything.

"It will take everything we own, everything we've saved for -- our retirement, our home, and our business -- because they're also suing us personally and corporately," the florist told CBN News.

Alliance Defending Freedom is helping Stutzman with her case.

"This is the government basically trying to bully Barronelle to set an example, to say, 'If you don't toe this ideological line, you and your family will be coerced, you'll be punished, you'll be put out of business,'" ADF attorney Kellie Fiedorek explained.

Stutzman wishes her opponents could see her stand isn't personal.

"Christ said it. I didn't. So you're fighting the wrong person here," Stutzman said.

But she does fully realize the gravity of her case and those like hers.

"It's not just the florist or the baker. It's all the citizens," she said. "It's everybody's freedom. We're fighting not just for mine, but for yours."

As for Davis' case, attorney Staver said the government or her opponents should not be allowed to force her out of office.

"If Kim Davis resigns, not only does she lose her voice, but it sets a precedent: If you're a Christian, and you believe in marriage that people have believed in through millennia of human history, that Jesus Himself spoke about, then you ought not to run for office," he said.

And the bullying won't stop there, he predicted.

"We already saw what happened with the baker and the florist and the wedding photographer," he explained. "And it's going to happen to churches and to Christian colleges."

Navy Chaplain Lt. Commander Wes Modder faced a forced discharge for counseling military members at a joint military base outside Charleston, South Carolina, about the Bible's stance on homosexuality and premarital sex.

Recently, the Navy exonerated Modder, but only after grueling months of a frightening, emotionally-draining battle that threatened to wipe out the father of four's pension just a few months shy of retirement.

Comfortable Christianity Is Over

He's been thinking during those months what these struggles for people like Davis, Stutzman, and him mean for modern religious believers.

"I think comfortable Christianity is over," he told CBN News. "I think that we need to come to a point - not looking to fight - but there's going to come a moment when every believer who is a follower of Jesus Christ has to make a decision: 'Will you choose me or will you choose the world?'"

Modder's attorney Michael Berry calls these dangerous times for believers as he watches thousands of attacks on religious liberty bloom across America from his position at the Liberty Institute.

"People in this country who are really paying attention and seeing that are going to be outraged and shocked when they learn that this is coming to their door, too," Berry predicted. "It's not just in the big cities or on the East Coast or the West Coast."

"Religious people and religious groups have to be observant right now; they have to be cognizant of the things that are changing in our lives and think about how they interact with that," Fretwell Wilson warned.

Sitting next to the embattled Washington florist, ADF's Fiedorek stated, "What we're seeing happen to Barronelle we could see happen to a lot of other people if we allow this trajectory to continue."

What many people of faith are realizing is this is a whole new era and uncharted territory. Many things that they took for granted and rights that they felt were guaranteed no longer are.