What Gang Bangers Taught a Chaplain about Jesus 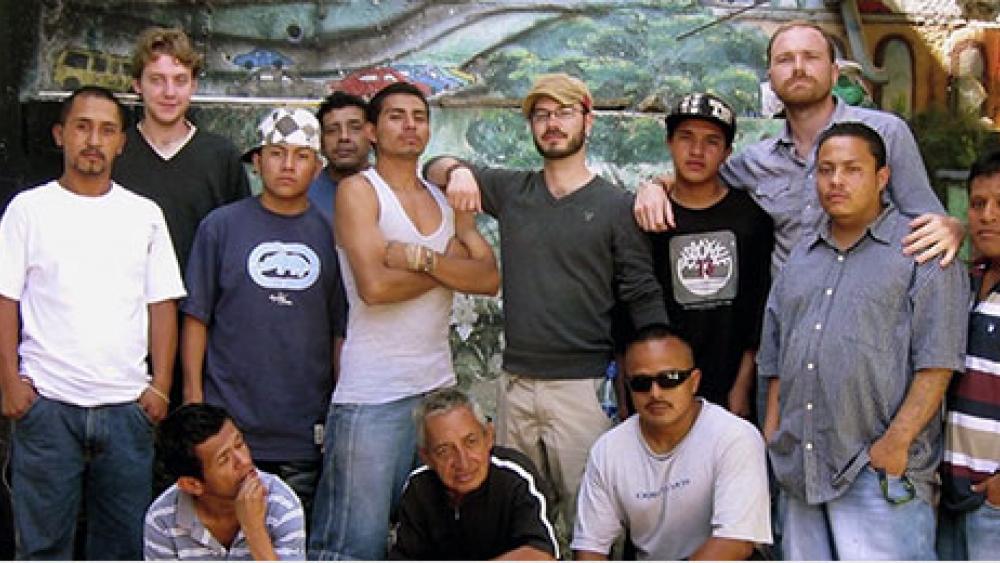 SKAGIT VALLEY, Wash. -- Gang violence is increasing in the United States as activity spreads from inner cities to rural communities. While that may sound alarming, some in Washington state see it as an opportunity.

"I love going to the jail. Like that's where I really feel God's pleasure," Hoke explained.

"They were on to what Jesus was doing very quickly. And I just liked them; they were just like my best theological conversation partners," he continued. "They'd never provide churchy, dumb answers, and their language is full of profanity, but very honest."

Hoke has served as a jail chaplain for 10 years. He found an authenticity in the jails that eluded him in church.

Gang Banging in the Valley

"I was soaked in biblical language growing up," Hoke confessed. "I was a worship leader, but I wanted to find Jesus and touch Jesus, not just sing songs about it."

And Hoke found what he was looking for with some of the most hardened criminals: gang members.

Looking at the beautiful Skagit Valley with its rolling hills and miles of farmland, it's hard to imagine gang activity plagues the community.

"In the early 90s, we saw our types of crimes changing. We saw them straying away from, say, property crimes to more violent crimes, like assaults, drive-by shootings, and things like that," he said.

Cammock points out that Skagit County is on the I-5 corridor, running from Mexico to Canada.

"Some individuals are trying to leave the gang lifestyle, so they come here; some are branching out to do their criminal activities in areas that they're not known for," he explained.

Migrant workers who come here for seasonal work often stay. Their children can have a hard time fitting in.

"There was a lot of racism going on," Jose Garcia, known as "Neaners," recalled. "Like, kids used to make fun of me."

"And so I think that's kind of pushed me to, like, 'Yo, I don't want to mess with these guys; these are not the people that I want to be around,' and I started hanging around with other crowds," he said.

Neaners, a charming man in his early 30s, has gang tattoos covering his face and neck. He says he was just 8 years old when he started hanging out with members of one of the most violent gangs on the West Coast.

They gave him the name "Neaners," a slang word for "baby." Neaners was swept up by the gang lifestyle. He committed dozens of crimes, spending 20 of the next 25 years behind bars.

"I didn't have no feeling; I just didn't care; I'd get back out and be right back to doing the same thing," Neaners recalled. "And everyone would be just like, 'Man, that boy's heartless.'"

Introducing gang members to Jesus might seem like a daunting task. But these lost sheep are uniquely equipped to hear the voice of their shepherd.

"They understand Jesus' mode of operation, that Jesus had kind of like this grassroots posse, on the margins of Galilee, and He called people to follow Him," Hoke explained.

"Gangs excel at gathering the marginalized, and the lonely," he continued. "They knew how to find the lonely and the broken lives, men and women in this valley. And so they brought me to them."

Hoke said he was never intimidated by the gang members.

"I just loved these guys; it just felt like a love adventure," he explained. "We'd pray, and these guys would pour out their hearts, and this is the kind of friendship I'd always been looking for."

Hoke and Neaners grew close, exchanging hundreds of letters when Neaners was incarcerated. Neaners wrote of reaching out to the Lord from the depths of solitary confinement.

"I used to always yell at God, and stuff, just be like, 'Yo, this is messed up; why You do this to me?'" he recalled. "Like all these things, and I didn't know as I was doing that I was building a friendship with Him."

"You know, He was actually seeing the real me, my inner heart, instead of this tough, macho guy that everybody else sees as, 'Oh, this guy's the gang leader, this guy's this -- 'No, He seen something deeper. He seen the kid that was just yearning for His love, you know?" he said.

Hoke recalled, "When his heart started to change, and the relationship started going deeper, and he started having more hope, he said, 'I want to meet my little girl. Can you help her come visit me?'"

After months of red tape, Hoke drove 5-year-old Adelita four hours to meet her father. That kindness and self-sacrifice proved to be a breakthrough for Neaners.

He said he cried for the first time in 15 years.

As Hoke writes in his book, Wanted: A Spiritual Pursuit Through Jail, Among Outlaws, and Across Borders,  "It was not misery that made (Neaners) crack and tear, but mercy. It is God's kindness, Saint Paul wrote in a prison letter, that leads you to repentance."

Three years later, Neaners walked out of prison for what he hopes will be the last time. He's engaged to be married and helping to raise two daughters. CBN News visited the couple in his modest home, looking out over the valley.

"I've never been there for these girls who really need me, and I never had a father, so I'm going to be something that I've always wanted,"  Neaners marveled. "I always thought I'd be a gangster my whole life, you know? Active, out there gang banging or locked up. I never thought it'd be this good."

Gang activity in the Skagit Valley has decreased in recent years, well below the national average. Police attribute the drop to collaboration with the community.

They are especially encouraged when someone like Neaners turns his life around.

"I think when you have somebody that is at a more, a leadership or seen in the hierarchy of a gang as being towards the top, making a choice to leave, I think that sends a very big message within the gang subculture," Lt. Cammock explained.

"To have someone try to believe in God is kind of hard," Neaners admitted. "But to believe in someone like, 'Yo, this dude's doing it.' And, you know, 'Hey, we want what he's got.' And so I'm just trying to give a little hope with my life."