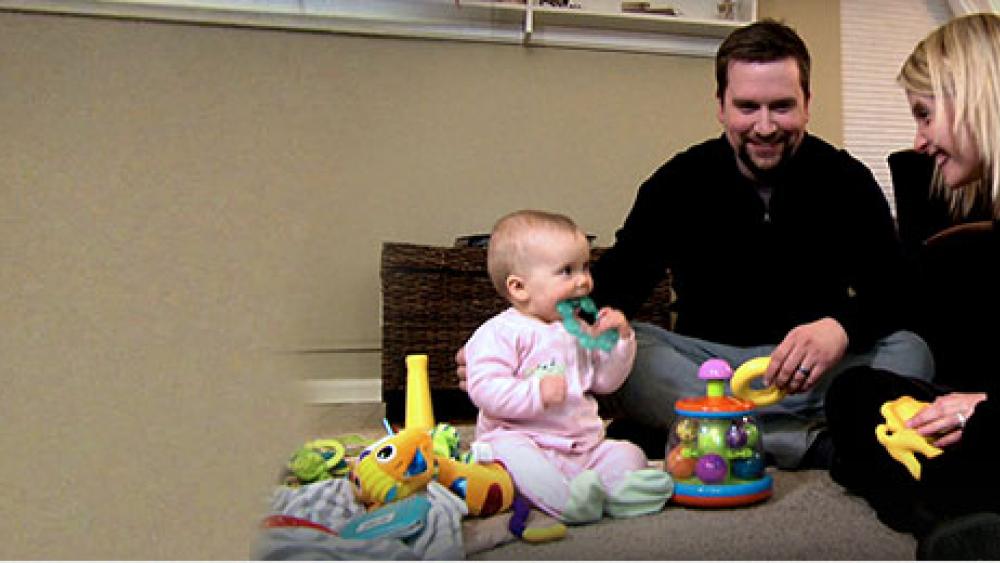 COOK COUNTY, Ill. -- Author and activist Erin Merryn is on a mission to protect children from being sexually abused. With millions of victims in the United States alone, the Illinois woman is taking her fight to all 50 states and beyond.

This vibrant 30-year-old is a survivor of sexual abuse.

Merryn said it started when she was just 6 years old at her first sleep-over. She said the uncle of her best friend sexually abused her during the night.

"I could see his face because I was sleeping above the bedroom window, and the street light shined in, so I could see this man's face looking at me, telling me to be quiet," she told CBN News. "So of course I've got this authority figure standing over me; I did get quiet, and for the first time, he sexually abused me."

The first time. Merryn never told anyone, and she says until she turned 8 and a half, when her family moved from the area, the man repeatedly sexually abused her. He even brutally raped her just weeks shy of her seventh birthday.

"I can remember that moment as if it happened yesterday," she said. "I couldn't tell you what I ate for breakfast last week, but I can remember that moment more than 22 years later of being that little kid, and the look in this man's eyes, the color and the design on his shirt, the closet doors open with the dresses hanging, the toys on the floor. When a kid is traumatized like this, it doesn't go away."

She said he continued to threaten her to keep quiet, and she complied.

"He told me that if I told anybody, my parents wouldn't believe me; he'd come get me. As a matter of fact, he told me my parents wouldn't love me anymore. He brainwashed me," Merryn explained. "No one had been educating me, 'You don't keep these kinds of secrets. You'll be believed; this isn't your fault.'"

Even after she and her family moved to a new neighborhood, sexual abuse continued. Merryn said this time the perpetrator was an older cousin, someone she had viewed as a brother figure.

"It's often people you trust with your kids that you think would never do something like this," she said. "He told me, just like in the past by this other perpetrator, 'Erin, this is our little secret; no one will believe you. If you tell anybody, you've got no proof that I'm doing this to you. You will destroy our family.' And so he proceeded from age 11, 12, 13, to continue to sexually abuse me -- Thanksgiving, Christmas."

Merryn wrote about her despair in her childhood diary.

Merryn finally broke her silence when her younger sister told her that she, too, was being sexually abused by the same cousin.

The two told their parents who believed them 100 percent.

The next step was telling their story to a forensic investigator at The Children's Advocacy Center of North and Northwest Cook County. More than 900 of these non-profit centers exist around the country.

"It's extremely important that centers like this exist, that kids have the safe place to come to talk, that families get the support they need to heal from these traumas that they've experienced," Mark Parr, executive director of the center, told CBN News.

The room where Merryn found her voice has a two-way mirror. As she shared her story with a trained therapist, behind that mirror investigators listened, collecting information to build a case against a perpetrator.

"I walked out of this center, like I said, feeling this burden just lifted from my shoulders and knowing I had the support, that for the longest time, that I felt so alone that nobody understood," Merryn said.

Merryn said her cousin confessed to the crime, was sentenced to seven years probation, and put in a sex offender treatment program instead of receiving jail time.

However, her early childhood abuser was never prosecuted.

What Merryn and her sister went through is by no means isolated.

"There's no sign across the forehead that says 'I was abused.' And yet one in four girls and one in six boys will be sexually abused by their 18th birthday," she said.

Merryn eventually went on to become a social worker at a counseling agency. But God had different plans for her to help children and teens on a national and international level.

He used her childhood diary to spark a new idea.

"I was reading this passage that struck me and I said, 'They don't teach us that in school. They teach us tornado drills, fire drills, bus drills, bullying intervention, Internet safety.' I still have my DARE card that taught us the eight ways to say no to drugs," she shared.

"But I didn't know how to say no to my abuse or tell somebody, and so this was on my heart for a while," she continued.

"And then one night, in the middle of the night, I heard God speak to me," she told CBN News. "I was clearly hearing Him speak to me saying, 'Erin, you need to quit your job; this is not where you belong. You need to go after this law that has been on your heart for many months now.'"

At that, Erin's Law was born.

It educates kids on safe touch, unsafe touch; safe secrets, unsafe secrets; how to get away and tell.

Merryn is on a mission to find either a state senator or representative in each state to sponsor the bill, draft it, and introduce it to lawmakers for an eventual vote.

In a little more than four years it's passed in 21 states and pending in 22, with seven to go.

"I feel so blessed with where my life is today. Yes, what happened was tragic, but I've reached this triumph of putting a face and voice on this, and I couldn't have done it without the Lord guiding me," Merryn said.

It's a legacy she'll leave for her baby girl and millions of other children who, because of a law, will be protected from the grip of sexual abuse.