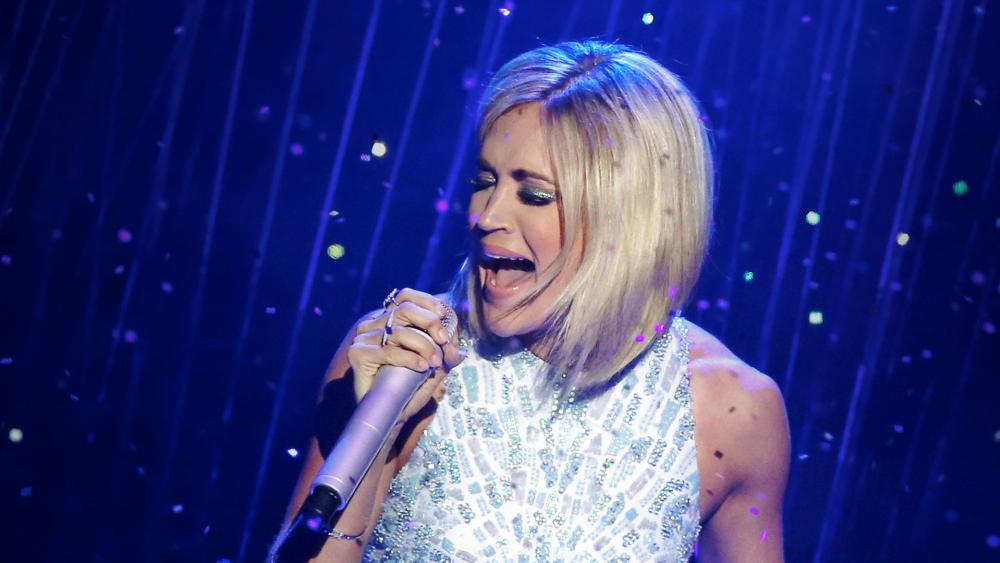 The season four winner performed her No. 1 Christian/country hit, "Something in the Water." The deeply moving song tells the story of a person coming to faith in Jesus Christ. Watch her performance below.

Performances with strong Christian messages have been seen by millions lately through mainstream venues. Underwood's offering is the latest example.

Here are some of the lyrics of "Something in the Water":

Well, I heard what he said and I went on my way
Didn't think about it for a couple of days
Then it hit me like a lightning late one night
I was all out of hope and all out of fight

Couldn't fight back the tears so I fell on my knees
Saying, "God, if you're there come and rescue me."
Felt love pouring down from above
Got washed in the water, washed in the blood and now I'm changed
And now I'm stronger

At the end of the performance, close-ups of Underwood showed the artist's hand raised to Heaven and her saying, "Praise the Lord."

"Something in the Water" was written by Underwood, Chris DeStefano, Brett James and produced by Mark Bright. It's from Underwood's first greatest hits album, Greatest Hits: Decade No. 1.

In its first week on country radio in 2014, "Something in the Water" set and broke several airplay records. Music critics have given the single universal acclaim. It even won a Grammy Award for Best Country Solo Performance.