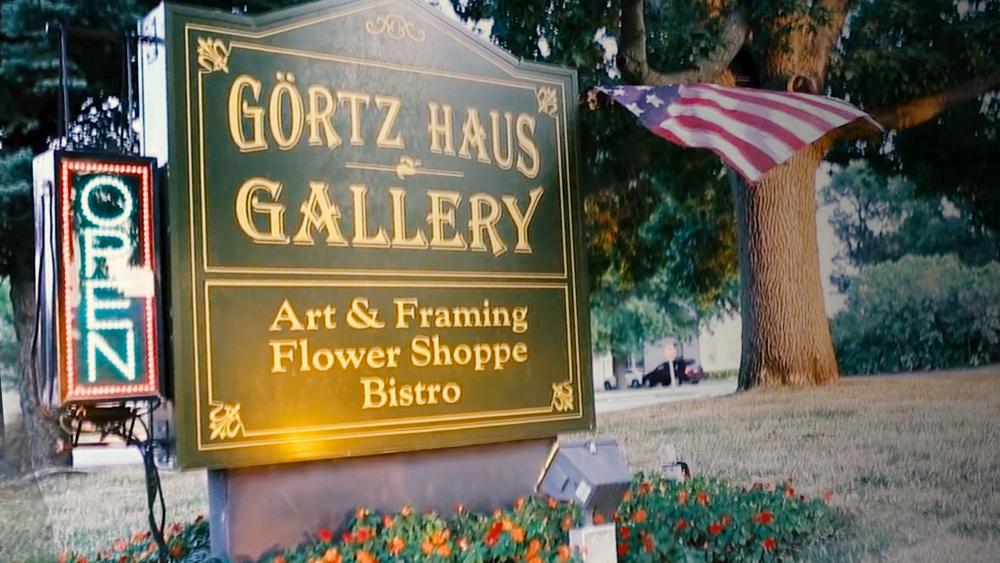 Click to watch Richard and Betty Odgaard tell their story of being forced to close down their dream business because of their religious objections to gay marriage.

When the state of Iowa forced Betty Odgaard to shut down her dream, she nearly lost the will to live.

"It was just devastating, it took me down. I didn't want to be on this earth anymore," she said.

Betty and her husband, Richard, owned and operated the Gortz Haus Gallery. They bought a former Lutheran church made of stone in 2002 and converted it into an art gallery.

"It's a gorgeous building, built in 1937 with the stained-glass windows and beautiful architecture. It was just perfect," Betty told CBN News.

In time, they added a bistro and a flower shop and began hosting weddings and receptions. The gallery became a popular venue, hosting 15 to 20 weddings a year and the extra income helped keep the business afloat.

Shutting Down the Dream

It was the Iowa Supreme Court that set in motion the circumstances that forced the gallery to close and destroyed Betty's dream. In 2009, the court struck down the state's law defining marriage as between one man and one woman.

A same-sex couple came to the gallery seeking to book their wedding, but the Odgaards are Mennonite Christians and they couldn't participate in a ceremony that violates their religious beliefs.

The couple filed a complaint against the Odgaard's with the Iowa Civil Rights Commission and when the news hit the press, a deluge of hate came crashing into their lives.

"Our Facebook page blew up -- our phones -- they were calling us just constantly...just with the ugliest, most vile stuff," Betty said.

The intensity of the anger from the gay community shocked the couple. They never refused to serve homosexuals at their restaurant and did not discriminate in hiring.

"We've hired gays," Richard said. "It's not a situation where we're vetting what their sexual orientation is. If they're good people that had the talents, we hire them to work with us."

With the help of The Becket Fund for Religius Liberty, the Odgaard's fought the case for more than a year, but the negative publicity and harrassment took its toll and they settled with the couple for $5,000.

Because of the overwhelming negative publicity they received as they fought their case -- and the possibility of more lawsuits --  the Odgaard's felt they had no choice but to stop hosting weddings and providing wedding services.

"We knew that we'd be in trouble if we tried to do more weddings. They would just come in and sue us," Betty said.

Within six months of that decision, due to the loss of income, the Gortz Haus Gallery closed down in 2015.

Today, the Odgaard's are using their experience to engage the culture and encourage the church with a message of defending traditional marriage.

"It became very apparent during the two years of our litigation that the good Christians had caved to this idea of same-sex marriage and were accepting it," Richard said. "We have to educate those folks and remind them of what the truth is and get them back on track."

It's called God's Orginal Design Ministry. Their first step was to put up billboards.

The message is simple: Marriage = one man plus one woman. In just a few months, they had four fully funded four billboards across the country.

"We call them drive-time epiphanies," Richard said. "It's about reminding people the intention between male and female and what God had in mind for that plan."

The Odgaard's also want to reach the gay community with a message of love.

Despite the stress and the struggle, they count the whole experience a blessing.

"It has been difficult, I won't lie," Betty said. "It has been the hardest thing that we have ever been through and I don't wish it on anyone."

"The ugly continues to come at us, but I wouldn't want to be anywhere else and we would do it all over again the same way....we are in the middle of God's will and He has blessed us so richly," she said.

"The Holy Spirit Did Not Leave"

In a way, it's not the Odgaard's or gay marriage or the State of Iowa at the heart of the story. It's the building and what it stands for.

The building is where people worshipped for more than 70 years; where Betty saw her dreams come true; where the couple poured out their hearts to make so many weddings a beautiful experience; and, where one of the first battles over religious liberty and gay rights was fought in America.

If the Odgaard's story can be redeemed by God's purpose for their lives, what about the building that sat empty and abandoned at the death of their dream?

"The Holy Spirit did not leave that building," Richard said.

Not long after closing down, the Odgaards' church found itself in need of a new building, and they knew just the place. Today, it's once again a house of worship.