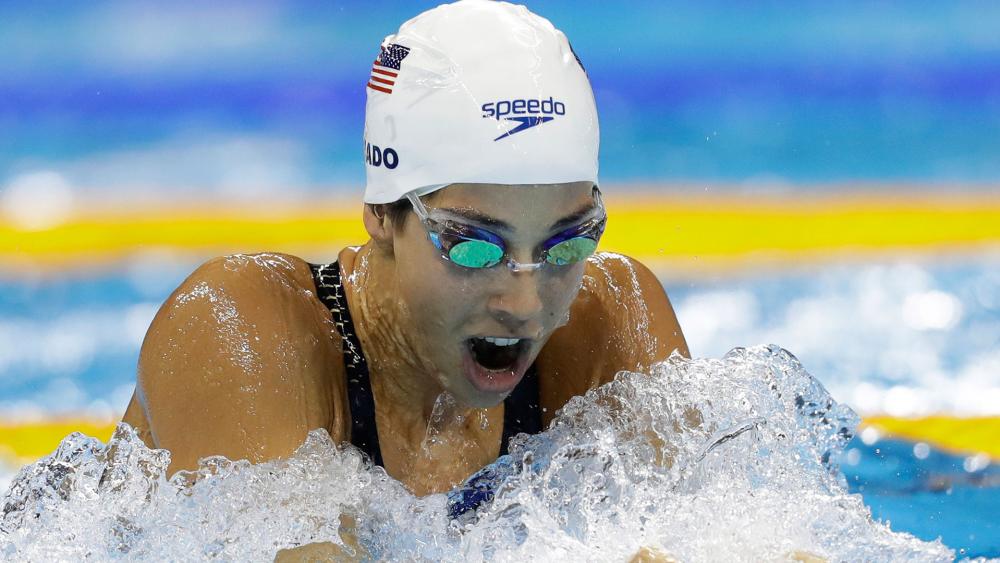 First-time Olympic-swimmer Maya DiRado is achieving what some would coin "the impossible" in her short Olympic career. She has already won a gold, silver, and bronze medal. On Saturday, she pulled off a surprising win over Hungary’s "Iron Lady" Katinka Hosszu in the 200 backstroke.

Dirado trailed Hosszu the first 150 meters of the race but DiRado caught Hosszu with less than 25 meters left and out-touched her by six-hundredths of a second.

The 23-year-old Santa Rosa-native was shocked when she turned and saw the scoreboard.

"That's just pure joy and surprise and excitement," she said.

DiRado graduated from Maria Carrillo High School in 2010 before joining the swimming program at Stanford.

DiRado started swimming at age 6. She won a gold medal at the 2013 World Championships in the 4x200 m freestyle. She also has a gold medal for the 2014 Pan American Games in the 200-meter medley.

But DiRado doesn't want to be defined by her accomplishments in the pool.

"I don't think God really cares about my swimming very much. This is not my end purpose, to make the Olympic team," she said.

"Knowing that I'm a child of God and that His love for me is determined by nothing I can achieve or do on my own has given me a quiet confidence," DiRado told Christianity Today.

"My faith has helped me chart my own course and pursue my goals when people around me may be going in different directions. Jesus' love for me and all humanity is something that always helps me better love people around me when things get difficult."

When asked what she thinks God does care about as she prepares for Rio, DiRado replied, "I think God cares about my soul and whether I'm bringing his love and mercy into the world. Can I be a loving, supportive teammate, and can I bless others around me in the same way God has been so generous with me?"