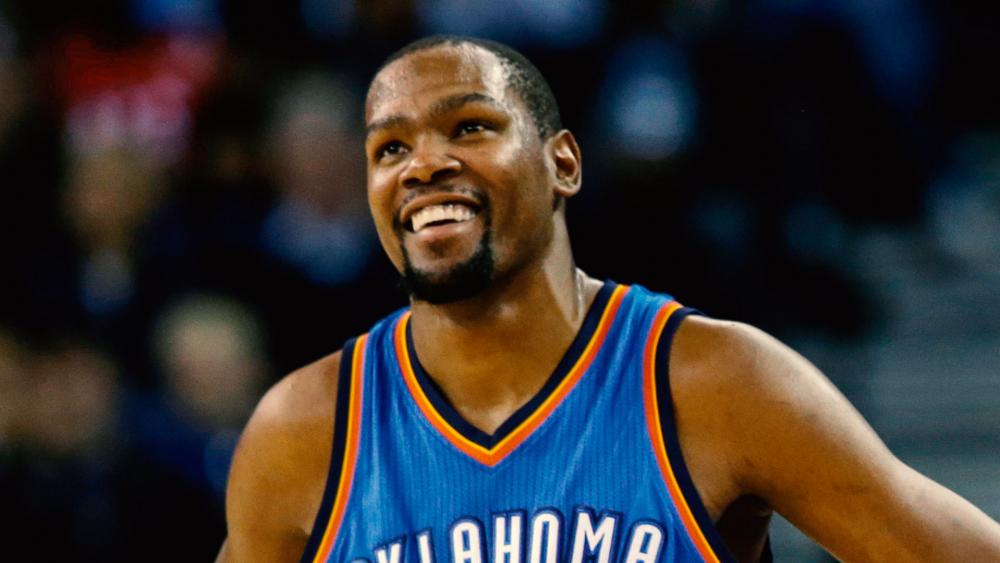 Kevin Durant is set to join the Golden State Warriors in a move that many predict will elevate the team to a new status: unstoppable.

Not only is he one of the top players in the NBA, but he's a fellow believer, like the Warriors' star player Steph Curry.

Durant also has long been outspoken about his faith and was baptized at Hillsong Church in New York City a few years ago.

The fact that all three men share a strong faith in Jesus Christ could make for an even stronger bond on the court.

Durant, 27, announced his decision Monday to sign with the Warriors in The Player's Tribune.

ESPN reports that Durant is expected to sign a two-year $54.3 million contract. The deal will include a player option after the first year.

"The primary mandate I had for myself in making this decision was to have it based on the potential for my growth as a player -- as that has always steered me in the right direction," Durant wrote.

"But I am also at a point in my life where it is of equal importance to find an opportunity that encourages my evolution as a man: moving out of my comfort zone to a new city and community which offers the greatest potential for my contribution and personal growth," he said.

"With this in mind, I have decided that I am going to join the Golden State Warriors."

By adding Durant, one of the league's best players and former MVP, to a roster with two-time MVP Steph Curry and All-Star NBA players Draymond Green and Klay Thompson, the Warriors are heavy favorites to win the championship next year.

The move comes after the Warriors lost a dramatic seven-game NBA Finals series to the Cleveland Cavaliers in June.

Durant, the 2014 MVP and four-time scoring champion, led the Oklahoma City Thunder to the NBA Finals in 2014 and to the Western Conference finals in four of the past six years.