Healing Rooms: 'Every Kind of Healing that You Could Imagine' 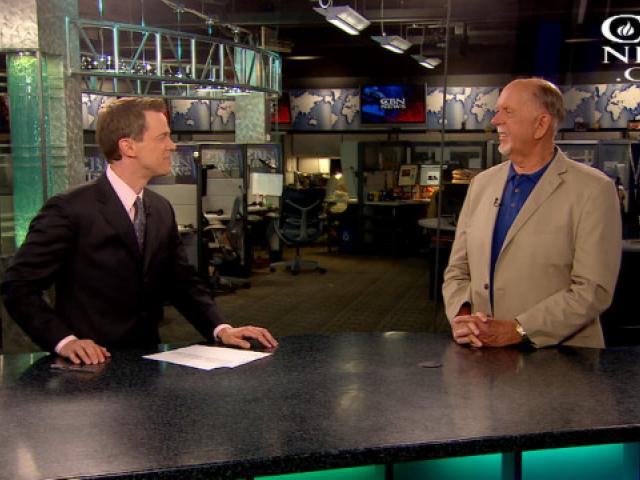 Healing Rooms: 'Every Kind of Healing that You Could Imagine'

One international ministry being used by the Lord for healing is Healing Rooms Ministries.

"The ministry works a lot like a doctor's office in a way that the people that want to receive prayer come in; there's a waiting room," Pierce explained. "Then they go into a separate room, and one person leads the session. Two agree upon touching the sick."

"So there's typically three people in a room, ministering to the sick, and that's the typical operation that we use as a model for how Healing Rooms work globally," he continued.

There are now more than 2,000 Healing Rooms in more than 50 countries.

"We've had every kind of healing that you could imagine, from HIV, cancers healed," Pierce shared. "We've seen just amazing testimonies, and what I like about it is God is using ordinary people in healing rooms to do extraordinary work."

"He's not looking for stars; he's looking for hunger," he continued. "And the key is the focus of the Holy Spirit. We have a sign in each of the prayer rooms that says two words -- "His Presence." And that is really key to the ministry."

1. Equip the saints for the work of the ministry,
2. Bring unity because people from different Christian denominations and backgrounds are a part of teams that pray for the sick, and
3. Restore the body of Christ through healing.

"The vision that God gave us was that evey nation, every city in every nation need(s) to have a Healing Room," Pierce said. "Because quite often we have people that ask us, 'Should we have a healing room in our community?'"

"And I always answer the same way, 'Do you have any sick people there?'" he continued. "Where you have sick people, you need a Healing Room."

The birth of healing rooms can be traced to John G. Lake, a leader in the Pentecostal movement in the 20th century. Lake had a vibrant healing ministry.

"Lake was a very visionary man; he was before his time, and he really understood the power of the Holy Spirit that's available for the believer to lay hands on the sick and see the sick recover," Pierce explained. "And so he started the vision of healing rooms."

Pierce and his wife, Michelle, are holding a healing conference Friday and Sunday, June 17 and 19, in Chesapeake, Virginia. It begins at 7 p.m. EDT on Friday and will be held at 9 a.m. and 11 a.m. on Sunday.

The conference will be held at Christian Embassy International Church. Pierce says they will train people in healing ministry and pray for the sick.