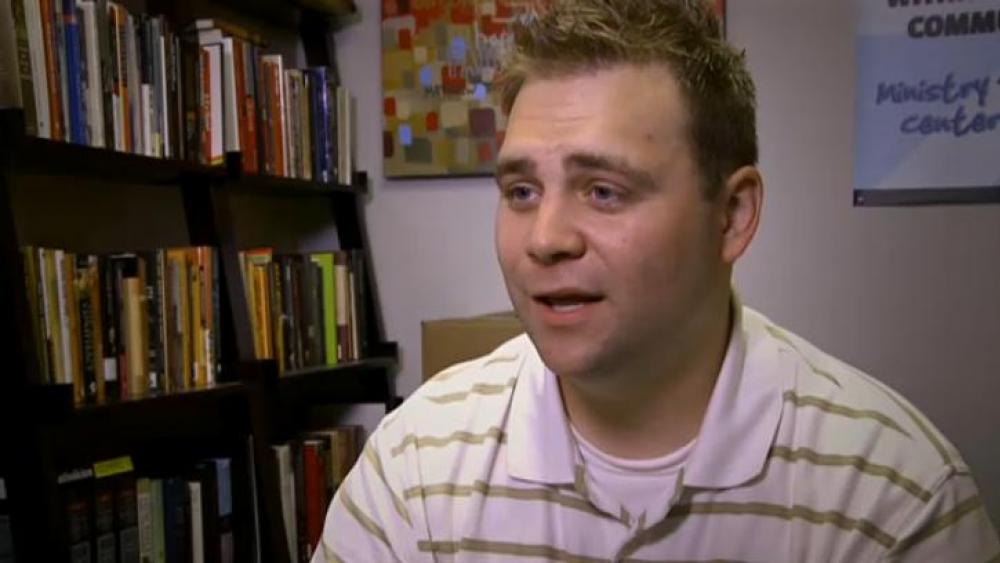 CHICAGO, Ill.--  Andrew Marin is trying to bridge a gap that has widened remarkably in recent years.

It's the gap between conservative Christians and the lesbian, gay, bisexual, transgender community.

Marin's vision is bold and his commitment is deep. The evangelical and his wife recently bought their second home in Boystown, Ill., -- Chicago's official gay neighborhood.

Stroll down the streets of Boystown and you'll find a multi-faceted gay world -- low-key couples carrying groceries and dining out in trendy restaurants -- to the more flamboyant types and rainbow themes that abound everywhere.

Marin has lived in Boystown for 10 years. The densely populated neighborhood is the home to many gay, lesbian, bisexual, and transgendered people and all the businesses that cater to them.

It's not your typical ministry setting. However, Marin is about as comfortable here as any straight, fresh-from-the-suburbs type evangelical could hope to be.

Still, it wasn't always that way.

"I grew up the biggest Bible-banging homophobic kid you ever met," he explained. "I grew up in a very white, very conservative upper middle class suburb of Chicago."

"The summer after my freshman year in college, my three best friends all came out to me in three consecutive months" he said. "And it just ripped my world apart. I had no idea what to do."

So as Marin puts it, he ran.

"I think the church is wonderful at telling us what we need to think, feel, and theologically believe. But not so good at providing a framework for follow-up and follow-through," he told CBN News.

The Plan: Listen and Learn

The result? A fresh approach to relationships between conservative Christians and gays.

"There needs to be something new. A new voice. A new way that says there can be peace and productive dialogue and relationships," Marin explained.

His vision is for the evangelical church to bridge its gap with the gay community. The first step: recognizing the pain caused by many Christians.

Such an approach has helped to give him credibility with the gay community, said author and researcher Dr. Mark Yarhouse of Regent University.

"I think Marin is beginning with a posture of 'I'm Sorry,' we've made mistakes as a Christian community. I'm sorry for the ways you've been hurt by the church'", Yarhouse noted "and that position is one that's disarming."

In his award winning book titled Love is an Orientation, Marin explains that many Christians and gays get hung up on hot-button questions like 'Is homosexuality a sin?' and 'Are people born gay?'

Those issues, Marin says, are conversation non-starters that block dialogue.

For him, the key to success is open-ended conversations that lead to relationships that last for a lifetime.

Bryan Blaise is just one of the gay friends that Marin hopes to keep long-term. The Florida native grew up in an evangelical home and came out to his parents at age 22.

Blaise said Marin's book helped him to better understand his own struggles over faith and sexual identity. He said Marin's ideas are helping other gays as well.

"For the gay community to see a conservative evangelical person like Andrew stand there with open arms and love them and want to learn and be in that constructive tension with them -- that's what I think is helping people change on both sides," Blaise told CBN News.

Marin developed his concept of living in that tension from Dr. Martin Luther King, Jr., who wrote in 1963 "there is a type of constructive, non-violent tension which is necessary for growth."

For too long, Marin believes Christians have run from relationships with gays because it can be so uncomfortable.

For instance, what does a believer do when their gay friend decides to follow Jesus, but still thinks it's alright to be gay? Marin advises to stay in the relationship, whatever the outcome.

"I can still dignify someone's story and humanity and experiences as totally legitimate" he said. "Without giving away what I theologically think, feel and believe."

This message is gaining traction with a new generation of believers who want to reach out while remaining true to their Christian theology. At last winter's Urbana Missions Conference in St. Louis, Mo., an overflow crowd of hundreds of students packed Marin's seminar, listening intently while he explained what it can look like to nurture friendships with gays.

Marin's work is unlikely to resolve deep theological differences that remain between conservative Christians and gays. But it could pave the way for a new generation and provide guidance for church leaders as well.

Brandon O'Brien, associate editor of Leadership Journal, said today's pastors are well aware that they can no longer ignore the issue.

"I think Andrew does a great job of helping the church realize that there are a lot of people in that lifestyle that are hurting and who want to be reached with the Gospel," O'Brien said. "And who want people to embrace them and who want to be welcomed home to the faith in a lot of cases."

It may take years to understand Marin's impact on the church and the LGBT community. In the meantime, he's continuing to devote himself to the people of Boystown, one relationship at a time.