US Orders Public Schools to Allow Transgender Access to Bathrooms 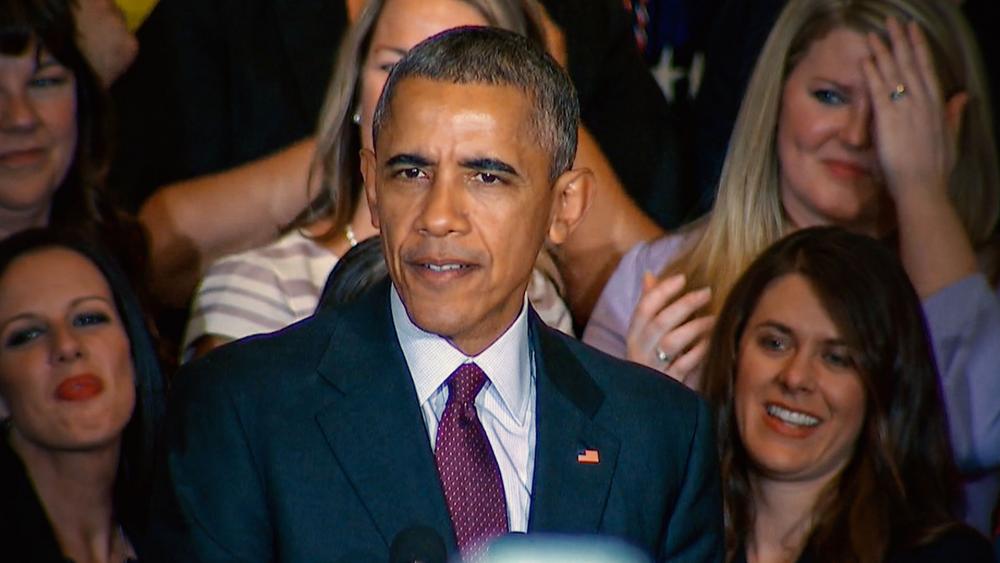 4892170818001
US Orders Public Schools to Allow Transgender Access to Bathrooms

The battle over so-called bathroom laws just got a whole lot more controversial.

In an unprecedented move, President Barack Obama is ordering all public schools in America to allow transgender students to use the bathroom of their choice.

The letter from the Justice and Education Departments is blunt: "A school may not require transgender students to use facilities inconsistent with their gender identity or to use individual-user facilities when other students are not required to do so."

The move could affect more than 16,000 schools that receive federal funding. While the decree does not carry the force of law, the message from the administration is clear: comply or else face loss of federal funding.

The letter comes as Rep. Robert Pittenger's state of North Carolina is in a legal standoff with the administration over his state's new law on bathroom use by transgender people.

"I think what we see once again is the egregious abuse of the authority of the president," the Republican lawmaker said.

Pittenger says the president is going too far in trying to rewrite state law.

"We have a defined separation of powers inside our government given by our founding fathers. This came from ancient Greece, and the president does not respect that," he charged.

The president's decision to step into this fight comes on the heels of a 4th Circuit Court of Appeals ruling that ordered a Virginia school to allow a transgender student to choose her own bathroom.

And that battle over bathrooms is only growing.

In Fort Worth, Texas, hundreds of parents packed a school board meeting after a school superintendent decided to implement a bathroom policy for transgendered students.

"I object to a process lacking transparency, at a minimum, and which may very well be found illegal," one disgruntled parent said.

The meeting got so heated, some parents had to be escorted out by police.

Meanwhile, back in Washington, the Obama administration sees the bathroom battle as part of a civil rights movement.

""This is about the dignity... and the respect... that we accord our fellow citizens," U.S. Attorney General Loretta Lynch said.

Pittenger says the federal government has no place in this debate. He believes this fight could make its way to the U.S Supreme Court.

"We're going to have to have this fight with the president. If he wants to pick it on these grounds, then so be it. That'll be where it is," he said.