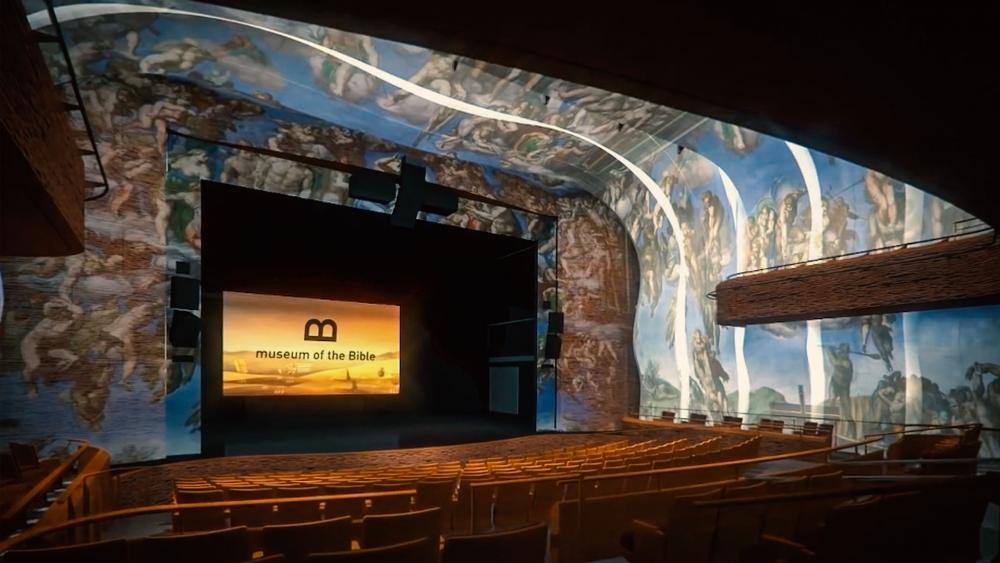 WASHINGTON — The Bible dates back thousands of years, but it's about to become the center of the most technologically advanced museum in the world.

The Washington, D.C., wonder won't open until November 17, 2017, but exactly one year before that date, the press was treated to a sneak peek and preview tour.

Inside the building is still mostly one vast construction site. The massive 430,000-square-foot facility, though, is on time, on track and on budget, set to be finished in half the time it's taken to build any comparable museum anywhere else.

Jeff Schneider, the building's vice president for hi-tech, told CBN News how state-of-the-art technology — developed by people working on the museum — will allow everyone to have a custom visit, using a device about twice the size of most smart phones.

"It is their personal tour guide," Schneider explained.  "So it will actually allow them to configure what their interests are, how long they're going to be here, who all's in their group, and everyone will get one of these devices.  And it'll actually navigate them through the facility, bringing them to the points of interest that they like."

The device will explain each display as visitors approach it, for example, a replica of the Liberty Bell donated to the museum. They'll learn that the bell isn't just a symbol of America's independence. It's also a religious symbol linking America to the God of liberty.

Crafting a custom visit will be crucial for visitors to the six-floor museum. That's because if anyone tried to read, see or experience everything stuffed into the $400 million facility, it would take them nine 8-hour days.

Along with every possible exhibit and display about the Bible, museum-goers will also pass by fluid works of art splashing across hundreds of feet of screens and digitally enhanced glass.

What do the creators hope people will feel as they leave?

"That they really want to engage with the Bible," Schneider answered. "That it's relevant to this day and age, to culture all around the world. That's our goal."

Visitors will work their way up through a biblical wonderland to an expansive top floor looking over the nation's capital.

A beautiful curved-glass ceiling towers over the top floor.  There'll soon be a restaurant there close to a biblical garden filled with flora from many of the lands mentioned in scripture.

Also nearby will be a 472-seat performing arts center and theater with interactive walls, immersing visitors in stunning, bigger-than-life virtual worlds. They might find themselves plunging through deep blue seas or shooting through soaring peaks.

"Our performance hall, with the 3D projection mapping to where it just engulfs them in visuals and in sound as they experience shows, is really going to get their attention," Schneider said.

And that's just one of 12 theaters.

All of this will encircle exploring one of the most ancient books of all time, the Bible, in the most hi-tech, modern museums on the planet.