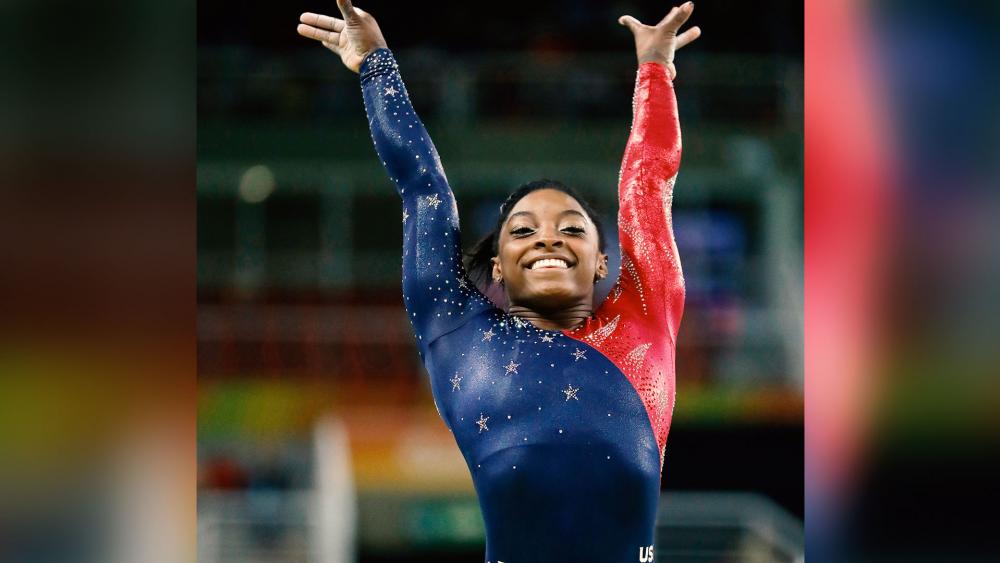 After becoming the first U.S. Olympic gymnast to win four gold medals in a single Olympics, Simone Biles is revealing her personal struggles in her new autobiography covering her journey to Rio in 2016.

Biles says that as much as she loves gymnastics, her lifelong path to winning Olympic gold was filled with moments of struggle that were so difficult, she almost gave up.

In chapter one of her book, the natural gymnast describes her experience in learning a routine on the bars, where she falls and starts crying, telling her coaches that she wants to quit.

Her coaches wouldn't accept that, and motivated her to do it again.

Biles also faced hardship when it came to scrutiny about her body in school.

"At times in school, I only wore jackets to cover up my muscles because I had so much muscle, and other girls didn't. Even some of the guys didn't. So I felt very insecure about my body because they would always ask me, hey, let's arm wrestle. Let's do this. Let's do that. And they thought it was for show, but they didn't realize that I used it for gymnastics in a different way," she said.

"But once I stepped into the gym, all the girls had similar bodies to me, so that's when I realized I have a body for a gymnast." she said.

Biles says that gymnastics also helped her when dealing with ADHD.

"At a very young age, I didn't realize exactly what the diagnosis was. But it was a very good outing for me to go get some energy out and then come home tired, do some homework, eat dinner and go to bed easier," she said.

Biles mentions that discipline was a big factor when it came to preparing for the Olympic Games.

"Every year on January 1st or within that week, my mom would bring me in to her office, and she would make me write down my short-term goals for that year and my long-term goals. So every year built to the pace of where I wanted to be in 2016," she said.

Her goals surprisingly did not include a gold medal.

"Short term goals were to make the Pac Rim team, to compete my new second vault and to place top three in my competitions that I competed in. Long-term were to be more consistent on bars, place top three so I would make national team again, make Olympic trials and then make the Olympic team," she said.

Biles says that she doesn't know what her 2017 goals are yet, but that the 2020 Olympic Games are not out of the question.