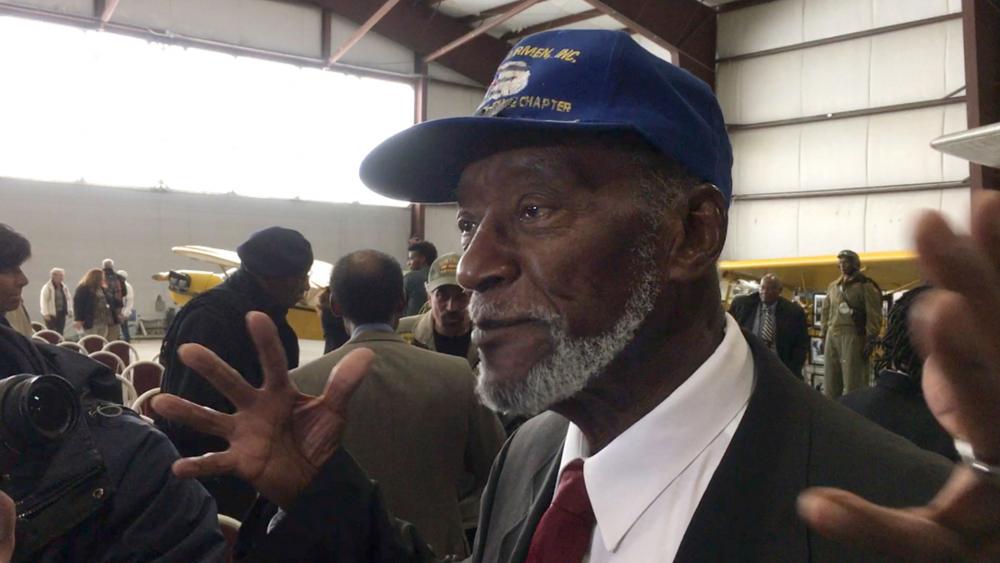 Two Tuskegee Airmen accepted the Congressional Gold Medal for their service in the Army Air program that trained African-Americans to fly and maintain combat aircraft during the World War II.

Wallace Higgins served more than 70 years ago along with other pilots, bombardiers, and support staff who trained as a segregated unit  in Tuskegee, Alabama.

Higgins choked back tears during the ceremony held at the National Warplane Museum on Veterans Day and his 91st birthday.

"I didn't know about segregation growing up," describing his childhood in upstate New York. "Even when I went into service, I couldn't quite believe - Squadron F? - until I was sort of led over there. I learned fast."

Higgins was honored alongside Herbert Thorpe, who earned B-25 pilot's wings in 1945 and was one of the military's first black pilots.

Thorpe accepted his medal and another on behalf of his late brother, Richard Thorpe, who died in a crash in Italy in 1945.

Pennington died while returning to base after a 1945 bomber escort mission in Austria. Johnson was killed in action in 1944.

"These brave men undoubtedly laid the foundation for change so future generations can serve in our armed service no matter their race or ethnicity," said Collins, whose late father was also a World War II veteran.