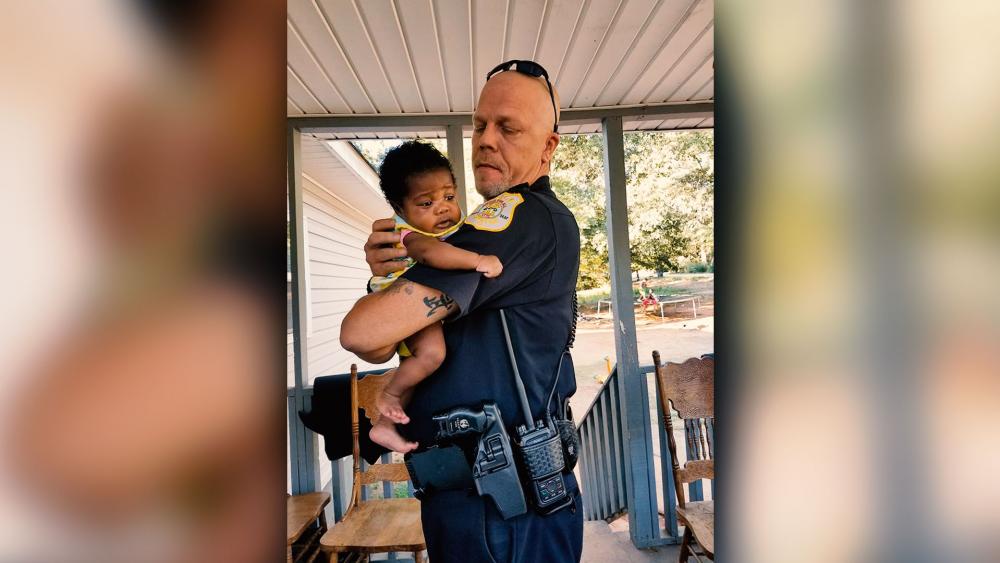 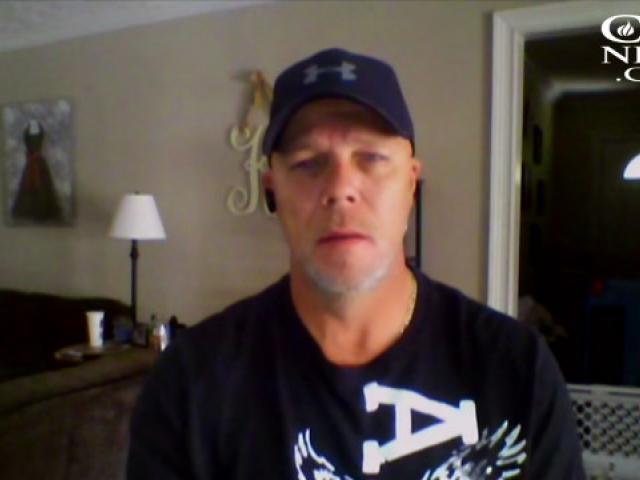 A Cop Saves a Baby Then Becomes Her Godfather

A family from Georgia has asked a local police officer to be their daughter's godfather after he performed reverse CPR, saving her life.

CBN reporter Heather Sells spoke with officer Kenneth Knox about saving baby Ma'Yavi. He shared how his experience can act as an example of unity between police and the African-American community. Watch Interview above.

The situation began when Kristen Parham of Greenville saw her 2-month-old daughter, Ma'Yavi, gasping for air shortly after feeding her. When the baby began to turn blue, she and her husband called 911.

"When I got to the house there was probably 20 maybe 30 people in the yard and I could pick the father out right away because he was running around outside saying, 'Please someone save my baby,'" Knox said.

That's when Knox rushed to lay the baby on the couch and perform reverse CPR. He said Ma'Yavi was "right there at death and then something hit me all of the sudden and something told me to suck it out."

"All of a sudden her color came back and she looked at me just for second and had the most beautiful smile and then she started screaming really loud and crying and I looked at her mom and told her 'that's music to my ears,'" Knox said.

He later shared a photo of himself and the baby in a post that has gone viral. A week after his heroic efforts, the parents of Ma'Yavi asked him if he would be her godfather.

"It's my honor, it's just another child I'll look after and she will be a close part of my life, she will be in my family's life, so yes it was an honor and I'm truly happy, I am estatic about it," Knox said.

In another Facebook post Knox said: "I swear I will forever be your guardian and love you with all my heart, I will be there for your first day, when you graduate school and college."

"I know he is a great person, and my baby will love him," Parham said. "Every time she sees him, she gives him a big smile."

Knox now calls Ma'Yavi his "angel" and wrote on Facebook that saving her life is his greatest and most profound accomplishment during his 25 years of being a police officer.

Knox has not only changed this family's life, but he is also helping others around the world. He said he has recieved messages from all over the world, including from Black Lives Matters groups, thanking him for his actions and saying that it could be the new hope for communities.