God, Guns and the Gospel? How One Church Puts It All Together 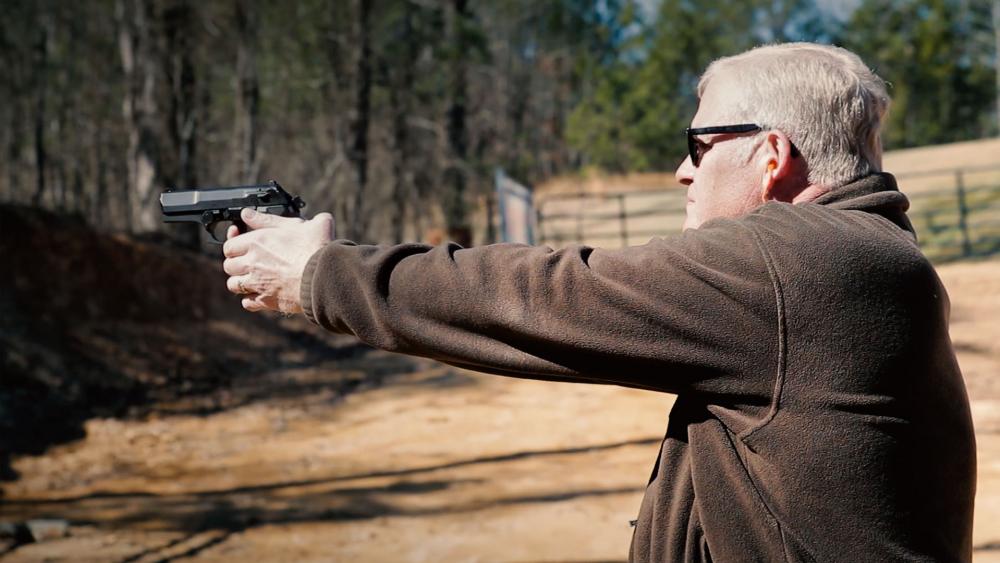 Church builds gun range on its property
5187701792001
God, Guns and the Gospel? How One Church Puts It All Together

JEMISON, Ala. -- Bring up guns and the Second Amendment in a crowd and sparks are sure to fly. And what if the church gets brought up in the conversation?

That's definitely happening around this small Alabama town where one church believes God and guns can go together.

In fact, the Rocky Mount United Methodist Church has built its own gun range out back.

Grandmother and Glock owner Charlotte Powell said the congregation had to build something.

"Our church had this huge hole in the back," she said.

Pastor Phil Guin felt it was not only an eyesore, but also kind of dangerous.

It was "a large gully behind the church that was filled with kudzu, vermin and snakes," he told CBN News.

"My husband said one day to one of our church family members, 'Too bad we can't just put a gun range back there.'  And that was when the idea began," Powell added.

"The more I thought about it the more I liked the uniqueness of it and the idea of doing ministry in such a unique way," Guin said.

Yes, reaching people through a gun range. And it's working. Private citizens, law enforcement, and even church security teams flock to train and shoot here.

Several senior women have used the range as well.

"So many of our church family members are elderly ladies," Powell explained. "They have weapons in their home, but either their husband has long since passed or they never got around to learning how to fire them. And anybody who knows anything about guns knows that the biggest danger is when you're unfamiliar with the weapon."

"Earlier, y'all saw me shooting with a young man. He's never held a real live pistol in his hand," Powell said. "These youth can come to us and learn to shoot a firearm, but learn to shoot it in a very controlled, very safe environment. And, you know, maybe we can get them to come back and come to church with us."

Not everyone loves the idea of a church gun range, however.

"I know that some people will find it difficult to understand that we're mixing kind of 'God and guns' here at this church," Guin added. "But they must remember our constituency and our community here. We're a very rural area. Everyone has guns."

One prominent critic is Rev. Rob Schenck, who's expressed his anti-gun stance in the documentary "The Armor of Light."

"There's a deep ethical and moral question here: and that is, when is a Christian permitted to kill another human being? And under what circumstances?" the Washington, D.C.-based pastor told CBN News. "And any church that is going to introduce firearms into the life of that church has to address that question."

But there's no question this unique outreach is getting results.

"Three weeks ago we had five different churches that came in and had a gun safety class," Mike Powell said.

"We already have people showing up here who probably would not darken the doors of any particular church," Guin said. "So we see this as an evangelistic opportunity."

"Not everybody that you want to reach with the message of Christ is going to walk in the church door," Charlotte Powell explained. "But there's a chance if you've got something unique that is important to them and that they like, that they'll come to see and perhaps have an opportunity to hear just exactly about the saving grace."

For Schenck, his opposition has to do with consistency on the life message.

"If we are pro-life and respect the sanctity of all human life, then we probably shouldn't use training to kill as a first step in introducing the gospel," he said. "The Bible says even the life of our enemy is of value to God — that we are to love our enemies, as God loves them. This issue has moral, spiritual, ethical and I think gospel implications."

But new shooter Deanna Vann views it more from a protection perspective.

"Somebody breaks into your house, what are you going to do? Hit 'em with a broom?" Vann asked.

"If you call 911 in this rural area, it may be awhile before someone responds," Guin pointed out. "And so, if you have someone breaking through the door of your home, it's probably a good idea to at least be able to say to them, 'I'm armed. Please do not come into this house.'"

Schenck would advocate not hitting or shooting at all. But unlike anti-gun politicians who use armed guards, Schenck practices what he preaches.

"Of course we have a normal human instinct to defend ourselves. And that is right and it's good and I think it's God-given. But the question becomes whether the best way to do that is with lethal force," Schenck said.

"There are lots of ways to defend our safety. I live in an urban neighborhood where there is a crime problem. And I choose to use non-lethal forms of defense out of my respect for the sanctity of human life," he continued.

"The people here are the salt of the earth kind of people who are all across this great country of ours. And they're not interested in using guns in violent ways," Guin insisted. "However, they recognize as well that there are times when weapons must be used."

The pastor's teen son Phillip agrees, like when it comes to defending your loved ones.

"I would take a bullet for any of my family. And I would dish a couple out," the teen told CBN News while target shooting on the church gun range.

"Jesus laid down His life for us, we're here to protect our lives for Him," Mike Powell said with a smile.

His mother Charlotte pointed out as a rancher she has to protect her cattle from the many predators in rural Alabama.

"We're dealing with coyotes, cougars and bobcats around here. They need to be controlled," she explained. "And you can't always control them with a loud noise. Sometimes you have to literally take them out."

But Schenck just doesn't see the gospel and guns going together.

"We're talking about weapons that are designed to kill," he said. "And when you try to use that as a form of expressing the love of God for humanity, you might have a conflict there."

Guns Don't Do the Shooting

On the other hand, Vann believes keeping good folks from guns isn't going to solve the plague of gun violence.

"A gun doesn't get up and shoot somebody by itself," she pointed out. "I think it's the operator of the gun that causes most of the problems, not the actual gun itself."

"I love my Second Amendment!" young Phillip Guin exclaimed. "And if you try to take away my guns, that's ridiculous."

Pastor Guin admits some fellow Methodists have given him guff over the gun range. But certainly not all.