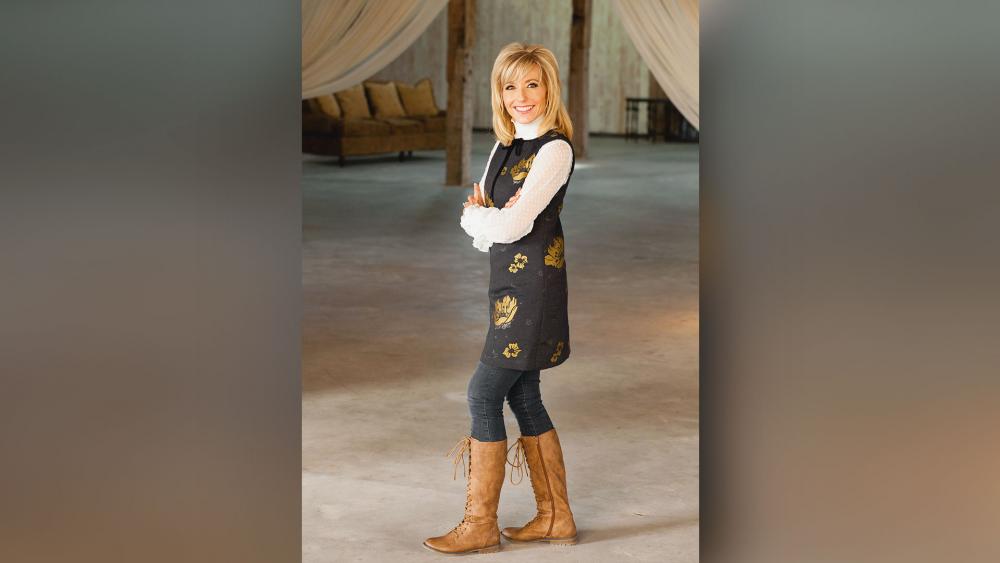 HOUSTON -- Beth Moore is one of the most dynamic and sought-after Bible teachers in the world, drawing millions of women from across denominational lines.

Troubled Home, but God is Faithful

She shared how her love for God started at a young age, despite growing up in a troubled home.

"My home and my upbringing and just the problems in my family within my extended family were such that it truly was a mix of the good, bad and the ugly," Moore told CBN News.

"In that mix I also fell victim to all sorts of things: childhood abuses and lots and lots of instability," she explained. "And at the same time I was being taken to church every single time the doors opened. And I don't know how to explain that, somehow, it just took."

It took so much that it led to ministry.

"As an 18-year-old I really sensed the call of God," she said. "What was interesting about that time was, I come from a very conservative part of the body of Christ so there was really nothing for a woman to do. So I had no idea what in the world he'd call me to do and I did not sense any direction at that time. I just knew that somehow my future was in his hands and I was to surrender to him."

"I could not have imagined what it would involve but this I am so thankful for. The way God did it with me, all I knew to do was to surrender, follow Jesus," she said.

Moore began teaching Sunday school at her local church in Houston, something she admitted she struggled with at first.

"I was the worst teacher you have ever imagined - not that we did not have fun," she said. "We had a ton of fun. We just did not learn any scripture. I would think all week long what could I talk about on Sunday and then I would scramble on Saturday to find some kind of scripture to go with it. This was my teaching."

Answering the Call to Ministry

Help came through a Bible doctrine class where Moore said the instructor's passion for teaching scripture took her to a new level of excitement.

"I ran to my car. I got into my car. I slammed the door and I said out loud to the Father, 'I do not know what that was but I want it!'" she explained. "And I am telling you as I live and breathe, I have told this story so many times, it was like God took a match and struck it against a stone and he set a torch in my heart that had not gone out again this morning."

In 1994 she started Living Proof Ministries to teach women how to love and live on God's word.

Church groups regularly use Moore's Bible studies and wait for her books such as So Long, Insecurity, which has sold more than one million copies.

The famed Christian teacher recently took on fiction with the release of The Undoing of Saint Silvanus, which focuses on a family's drama after years of conflict and dysfunction with a theme of reconciliation.

"There are two family members involved that have been separated for a very long time in the story line and they despise each other and are happy that way," Moore explained. "I really do want to make that point because we can feel hateful towards someone and enjoy it for a time. That we feel justified in it. We want nothing to do with them. This is the way it is."

"It is so easy to try to sum people up in phrases: she is so mean, he is a drunk, that is such a loser. That person is this. That person is that. So easy to do that," she commented. "But it's never that uncomplicated. There's something that makes a person mean."

Meanwhile, Moore said she's grateful for the ministry that God has entrusted to her, nurturing women in his word.

"I've seen a lot of miracles and I have experienced a lot of things with Jesus but nothing I have ever experienced in my corporate community life with other believers can compare with just me and him in my kitchen early in the morning before the sun comes up," Moore explained. "I want them to want that. I want them to want Jesus himself."

She hopes that her new work will translate into more hearts for God.

"So this was a different genre," she said. "This was a way that maybe, maybe a woman that has never walked inside a church and would never consider coming to Bible study or to one of my events, maybe, maybe she would read a novel."

"Maybe that would be just unthreatening enough for her to be able to bear the exposure to Jesus," she said.